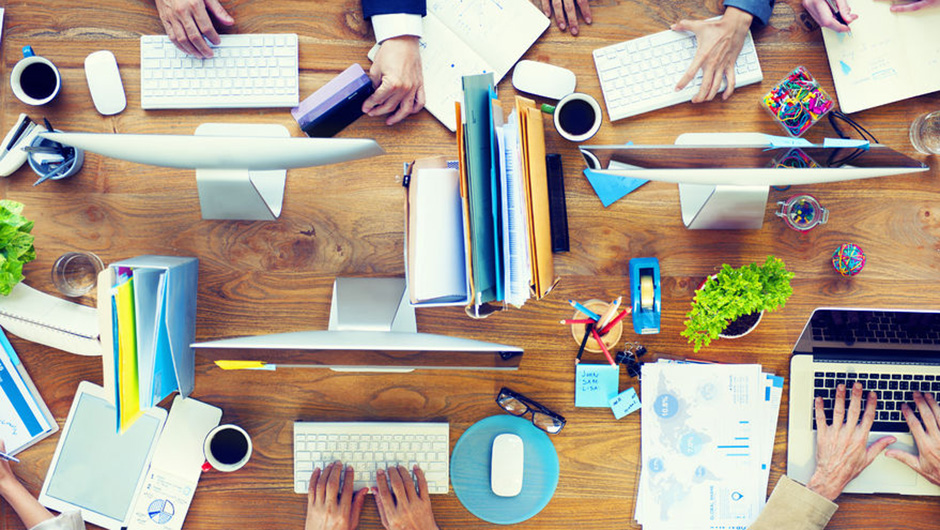 “A small team of A+ players can run circles around a giant team of B and C players.”

At Apple and Pixar, Steve Jobs was renowned for building terrific teams. He recognized that when you add B-level talent to a team of A players, the whole team slows down as morale drops. He insisted on keeping small teams of A-only players.

Just as elusive as those A grades were in school, assembling your own team of top-quality talent can be difficult. These “unicorns” don’t grow on trees, and without Uber money or Apple prestige, it can be difficult to recruit and keep them.

Given the importance of great software engineering talent, the search has gone worldwide. As collaboration across time zones becomes easier and Millennials place a higher value on autonomous work, many companies look overseas for talent.

Remote teams work from one office and offer an assortment of talents, including UX designers, vetted engineers, and experienced project managers, which is helpful if recruiting isn’t your specialty. Svitla Systems and Poland’s 10Clouds are examples of high-quality remote teams helping some of Silicon Valley’s most successful companies from thousands of miles away.

In contrast, specialized recruiting services like Toptal enable you to build a team that’s spread across the globe. Toptal’s rigorous four-step vetting process helps you find unicorns — wherever they are in the world. This is helpful if you’re not comfortable evaluating engineers yourself. These specialized freelancers don’t work from a central office, so you’ll need to build a one-by-one team.

Let’s say you want to build an e-commerce store on Magento. You’ll need visual design help to get your store to look good, along with engineering help so it functions properly. You may want your team in a specific area, either because a particular time zone works best with your schedule or because you previously worked with people from a particular country successfully.

I personally like working with teams in Croatia, Ukraine, Romania, and Poland. The six- or seven-hour time difference means I can have morning meetings when they’re finishing their day. Plus, each of these countries features strong math education programs and widespread English skills.

Once you’ve decided on the area you want to target, you can quickly find the best remote development teams by checking out the speakers at the top developer conferences in your chosen countries. Sticking with the Magento e-commerce store example, a few Google searches land you on the once-a-year Meet Magento conference in Poland, which features speakers from well-regarded remote Magento development teams like Inchoo, Snowdog, and Atwix.

When contacting different companies, describe the project exactly the same way with the same links if possible. This gives you one baseline from which to evaluate competing teams.

1. Natural curiosity: How much effort has the person you’re speaking with put into understanding and investigating what you want to accomplish? He or she should demonstrate a natural curiosity for the topic and a desire to understand the “why” behind it. You want your overseas team members to think alongside you (and ideally ahead of you), not just take orders.

2. Available bandwidth: Some companies want their client pipelines to constantly be full, so they’ll say “yes” to everything — even if they can’t handle the workload. You need to be especially vigilant in making sure your overseas team can realistically handle the workload you’re proposing. Be honest about your time expectations.

3. English proficiency: Communication is key with distributed teams, especially ones spread throughout multiple countries with multiple native languages. It’s crucial that everyone writes and understands English fluently. You’ll waste a lot of time — and potentially lose a lot of money — if things are consistently misunderstood or miscommunicated.

The U.S. dollar is the strongest it’s been in a long time, making this a phenomenal time to hire overseas. Because of the strong emphasis on math in school, European countries like Poland, Ukraine, Romania, Russia, and Croatia are filled with top engineering talent. South American countries like Argentina, Colombia, and Bolivia are also great options, especially for companies on the West Coast. If you’re considering Asia, look at Malaysia for low-cost engineering help or Thailand and Indonesia for visual design help.

Wherever you turn, take full advantage of the world’s unicorns. Learn to clearly communicate what you want so your small business can easily transition into an international operation.

Brian is a serial entrepreneur and lifelong learner. He is the founder of CallerSmart, a popular iPhone caller ID app that helps users deal with unknown or unwanted phone calls and texts, and which BuzzFeed nicknamed "turnt up caller ID." He's been featured on the likes of Entrepreneur, Inc., TheNextWeb, and Mashable. Here at Tech.co, he writes about building digital businesses and distributed teams, as well as what it takes to be a successful founder as a digital nomad.