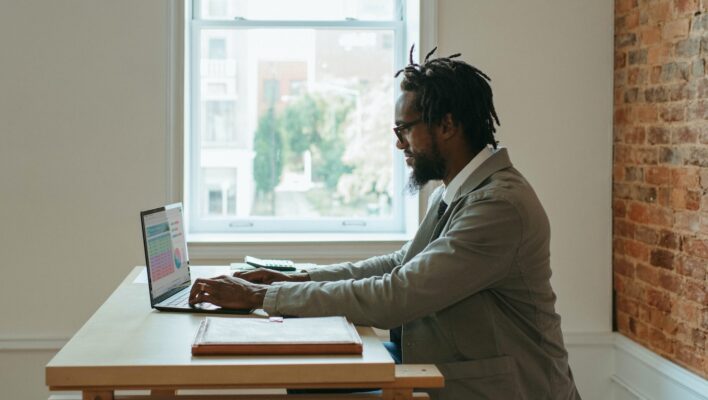 A new survey of American workers has revealed that those that are fully remote are less sure than in-person staff about their chances of finding a comparable position at another company, should they be made redundant.

Despite murmurings of a recession in 2023, and a large number of layoffs in the tech sector, the study also shows that on the whole, workers are feeling fairly optimistic going into the new year.

While remote work has seen a huge increase in the past few years, with many companies now offering fully remote roles, we are starting to see some companies, such as Twitter, change their minds on more flexible working.

The study, from CNBC, surveyed 10,000 workers in the US, to gauge opinion on the current state of the job market and workplace happiness.

The data collected showed that even though layoffs are currently making the headlines daily, more than half of respondents, 59% stated that they weren't concerned about themselves or a member of their household being made redundant. However, when broken down by race, these numbers told their own story, with Asian, Black and Hispanic workers more likely to be concerned than white workers about losing their jobs.

80% of people say that if they lost their job, they could find a new one within six months, with 36% stating that they could land a job with similar pay within a month.

However, while 41% of in-person office workers were confident on finding a similar role within in a month, only 24% of remote workers felt the same way.

Worker Morale at All Time High

You might forgive workers for being a bit down in 2022 – coming off the back off a disruptive pandemic, faced with economic unrest as we head into 2023, and high profile companies making layoffs at huge scale. And yet, the study from CNBC shows that morale is at its highest, since it began recording it in May 2020.

Perhaps the most impressive statistic in the findings is that a huge 91% of workers consider their job to be meaningful to them, while 84% feel that their contributions are valued a lot or some by colleagues.

Overall, the study shows an optimistically healthy outlook for the average American worker, but it does reveal some pockets of dissent. In companies which are understaffed, staff are more likely to quit. 46% of workers in this position said they had considered leaving their role in the last three months.

The most understaffed industries according to the report, included government (62% respondents stated their company was understaffed), healthcare and pharmaceutical (55%) and airline (54%).

Despite the survey showing that people aren't hugely concerned about redundancy, 67% did say that economic downturn was the biggest threat to their job. This concern is even high for workers aged 65 and above.