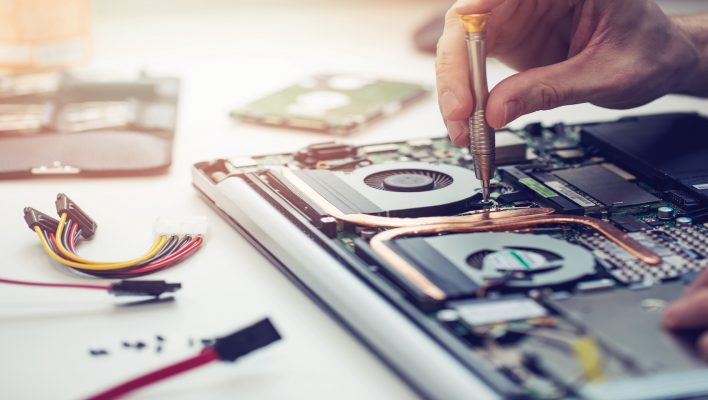 Fourteen US states are gearing up to look into their citizens' “right to repair,” a right that would enable people to use their own skills and tools to fix problems with their phones or other pieces of tech.

A lot of companies are trying to strong-arm their customers into relying solely on them for repairs, squashing third parties or home repairs as options, taking advantage of this monopoly on the repair service.

However, new legislation might start pushing back on this corporate pressure, allowing everyone to take control of their devices and fix them to their own desires.

What is Happening with Right to Repair?

Companies are getting more and more restrictive with their third party repair options, and some states believe this to be the time to cut this off before it gets out of control. 14 US states are in the process of drafting and introducing their own right to repair laws, putting power back into the hands of the consumer.

Companies are waking up to the appeal of retaining ownership to a product they've sold. Phones, computers, game consoles, tablets – these products are obviously packed with software, which means that cracking them open to fix them will similarly break the law.

Of course, these companies frame this as a good thing. That they just don't want you to damage your product or potentially hurt yourself, but this is all quite transparent. Apple's lawyers even argued that allowing Nebraska to expand consumer rights would turn the state into a “Mecca for hackers.”

And while it's definitely important to be able to repair your phone by yourself (or by taking it into a third party store), right to repair can also be an issue of life and death. When hospital equipment broke down during the COVID pandemic, it would take too long to rely on the manufacturer to repair it, leading to federal legislation allowing hospitals to repair their tech.

Why is Right to Repair Important?

The right to repair movement has actually been rumbling along for a while now, and has relatively recently expanded to phones. In 2015, tractor manufacturing company John Deere started to try to limit their customers' capabilities to repair their own products.

This was part of a move to ensure that the tractor didn't actually belong to the person using it. Rather than selling a tractor to a farmer, surely you'd rather get the same amount of money while still legally owning the tractor? That thought process is what went through the minds of the John Deere suits.

And since they own the tractor, they don't want some stranger cracking it open and tinkering with the innards – they'd much prefer have the tractor brought to them to professionally repair it (And maybe they get a bit more money out of it).

The problem is that modern day tractors aren't just engines any more. They have a lot of software integrated into their systems, which might make using them easier and safer, but the copyright laws on software means that breaking into your tractor might be a serious legal issue, since viewing or tampering with copyrighted software would breach the Digital Millennium Copyright Act.

By attempting to repair your own tractor, you wouldn't just be breaking a warranty or something, you'd be breaking the law. Which is especially frustrating when some farmers rely on these tractors for their livelihoods, live dozens of miles from a convenient repair point, and would face legal repercussions for trying to fix it.

What is the Future of Right to Repair?

Companies are salivating at the idea of never letting go of what they're selling. Back in the day, Adobe Photoshop used to be a one time purchase, but it's now sold on a subscription model. Video game company Bethesda's Todd Howard is toying with the idea of turning individual games into subscriptions, due to “lack of a touch point with the consumer.”

By turning products into subscriptions , or limiting the actions a customer can make, companies maximise their revenue stream, but consumers lose out. No one will really own anything any more – if the company so desired, they could completely cut their product off, and no one would have any right to complain, since the product was never theirs to begin with.

If consumers are stripped of their right to repair, that's one more restriction on individual liberties, and more freedom to the large corporations. Hopefully more states (or even the federal government) wake up to this looming limitation and impose their own laws to allow people to own and fix their own devices.