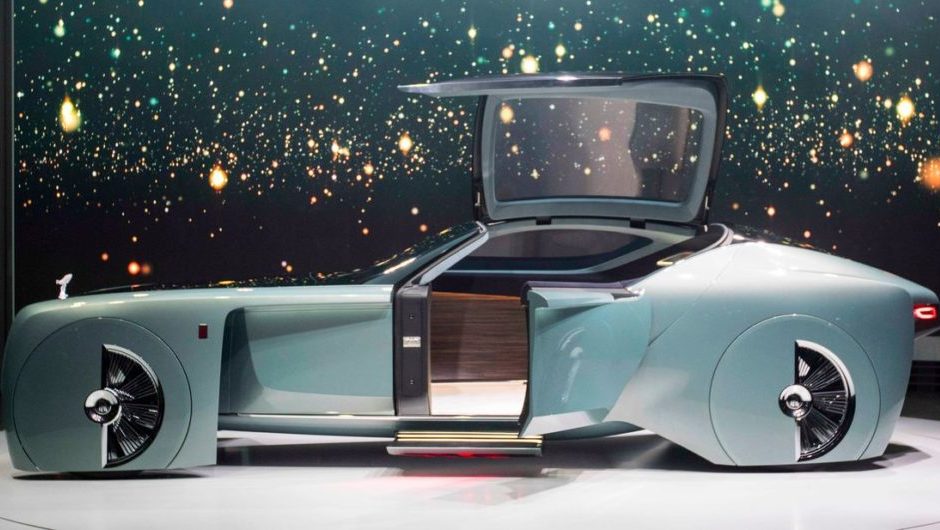 Concept cars are the epitome of lofty aspirations. Every year, the car companies of the world release beautiful pictures, elegant videos, and breathy voice-overs showcasing the future of their company. Everything from scissor doors to covered wheels have been shown in these models and, frankly, it's getting a little bit old. However, if Rolls Royce's new concept car is any indication for the actual future of automobiles, the roads are going to be a pretty stylish place. Particularly without any drivers.

Thursday morning, Rolls Royce debuted their new concept car, dubbed the 103EX, and the world collectively gasped. While the company is attempting to rival BMW's Vision Next 100, which debuted last March, the Rolls Royce model puts a substantial amount of emphasis on the luxury side of transportation. Riders can stretch their legs in the spacious cabin while they relax on a plush leather couch, noticeably devoid of seat belts. You can even take in your favorite show on the OLED screen implanted in the back. 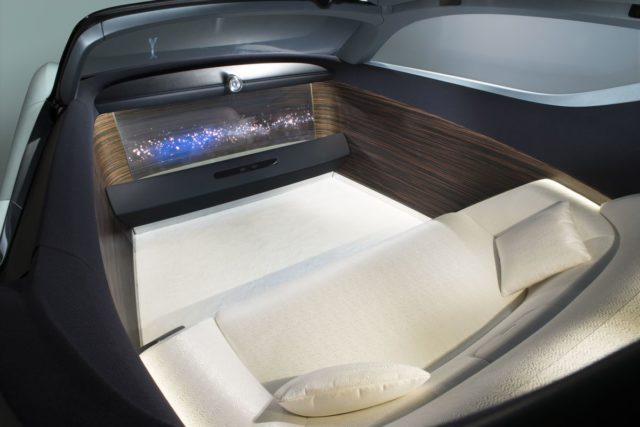 While the external features of the Rolls Royce concept car are more than impressive, the technology behind the non-existent wheel is what is really impressing car enthusiasts. In addition to being a self-driving car equipped with technology that can get you from point A to point B with no problem, this concept car is also equipped with an AI system that will learn your habits, preferences, and schedules in order to make your daily driving life that much easier.

The AI System, dubbed Eleanor after the Rolls Royce hood ornament, can tailor trip routes, optimize your schedule, and brief you on your day before it has even begun. That's right, the childhood dream of being James Bond has been officially realized in the form of this unique concept car.

Now, the real question: WHEN?!

Like every concept car before it, there is no release date for this technology. But before pessimism takes over your soul, keep in mind that this debut has created a market war between BMW and Rolls Royce. Two of the worlds most recognized car companies have shown their hands to each other and are likely itching to get this kind of technology on the road. And with companies like Uber testing out self-driving cars in cities around the country, it is only a matter of time before you'll be able to slide into the 103EX to start your morning commute.