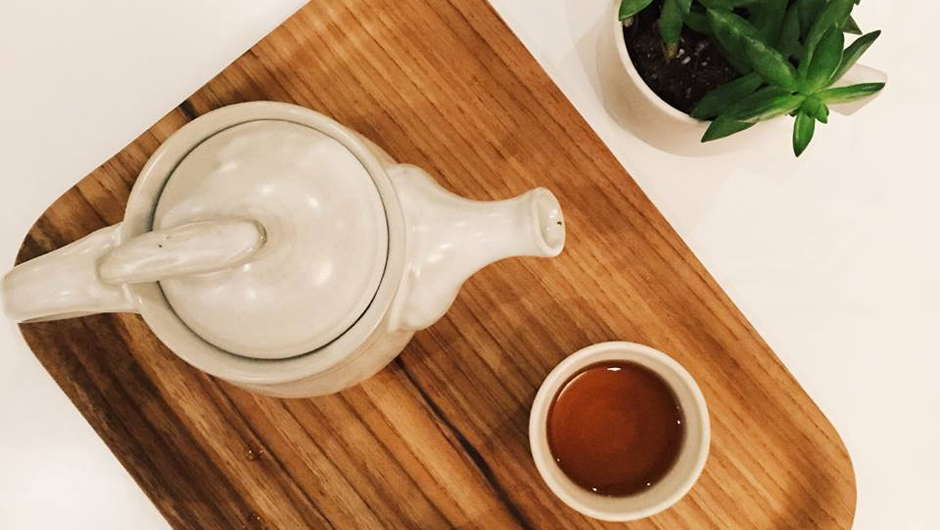 This is hard for me to admit in front of you all, but here I go: I don’t drink coffee. It’s a bit odd, I’ll give you that, but I just can’t stand the way it tastes. Funny enough though, I absolutely love the way it smells and the emotional memories it evokes.

Tea, on the other hand, is right up my alley –  I love everything about it. In fact, since Starbucks bought out Teavana in 2012 for $620 million, tea drinking has been on the rise in America: Forbes reported that younger Americans are ditching coffee for tea because of the purported health benefits.

You can imagine my delight when I first heard about Rosali Tea, a monthly subscription box that employs a taste preference algorithm. Every box is curated to deliver three new teas to members, but it’s also focused on educating consumers about the flavors and health benefits associated with each leaf.

Founder Rosa Li came up with the idea after traveling the world and indulging in the finest teas in different countries. When she came back to the US the lack of quality options was obviously disappointing.

However, in typical entrepreneurial fashion, Li used this pain point to inspire her foundation and subsequent building of Rosali Tea. She’s been able to simplify the tea shopping experience without sacrificing the beautiful complexity of the tea leaves.

To ensure that Rosali Tea can carve out a decent foothold for itself in the market vertical, Li today announced the launch of a Kickstarter campaign to fund the procurement, curation, and packaging. If she meets her $20,000 goal users can expect units to ship by mid-November.

“Following the third wave of coffee, people moved from commodity coffee towards artisanal choices such as Blue Bottle and Philz,” explains Li. “It’s now time to introduce artisanal tea to consumers. My service condenses the vast world of tea into an easily attainable and tailored experience. Rosali Tea is the go-to place for people to discover and purchase their daily gourmet tea.”

We were able to sit down with Li and talk more about the inspiration she got from her world travels:

Tech.Co: During your travels, where did you visit?

Rosa Li: I spent the most time tea tasting in China, which is the largest tea producing country in the world and where tea originates. I traveled to over 30 additional countries, but my most interesting tea experiences are from Taiwan, Vietnam, Indonesia, Thailand, Argentina, and the Middle East. I've yet to travel to Japan, which produces some of my favorite teas, but I do plan to source tea from there for my Kickstarter backers!

Tech.Co: When did you decide that starting this business was something you wanted to pursue?

Li: I decided to help people discover artisanal tea while I was sitting in a tea shop in Beijing during Chinese New Year earlier this year. Two experiences stood out to me, one positive and the other negative.

The positive: a tea teacher performed a Gongfu style tea ceremony for me in a teahouse in China, where each pouring was meditative and each infusion brought out a different set of flavors and aromas.  The whole ritual instilled a sense of calm in the exciting chaos of travel.

The negative: I distinctly remember how disappointed I was when all I could find in grocery stores was tea bags full of machine-crushed tea particles. Some of the biggest brands in tea, even those considered as premium brands, sell low-quality tea leaves and tea particles.

Tech.Co: What are your plans for the future of Rosali Tea?

Li: So many, but let's focus on the near-term. Kickstarter is the beginning to making Rosali Tea the destination for discovering the world's best artisanal teas in a convenient fashion. It's aspirational meets attainable.