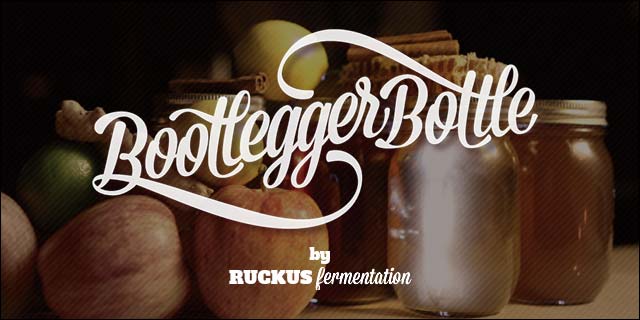 According to the most recent survey by the American Homebrewers Association conducted last year, 80 percent of shops selling beginner home brewing kits saw an increase in the number of sales in 2012. It's now 2014, and it seems that interest in home brewing continues to rise; indeed, a Google Trends analysis shows that there's been a steady increase in “home brewing kit” queries since 2011. Many of these home brewing kits, however, require liquids to go through several days or weeks of fermentation before a drink is produced – arguably far too long a period for beginners to go through the trial and error of concocting the perfect alcoholic beverage. Well, Idaho startup Ruckus Fermentation is offering the Bootlegger Bottle, which decreases that wait to less than a day. 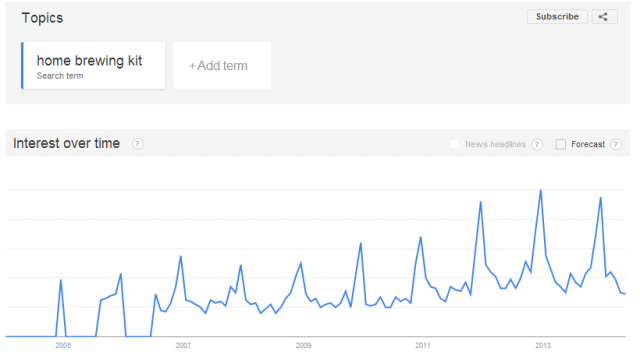 Founded by Joshua Riley and Tushar Jain, Ruckus Fermentation offers patent-pending technology that simplifies the entire fermentation process, allowing for easier production of wines, ciders, alcoholic cocktails, and others by literally anyone. All you have to do is pour your desired beverage mixture into the Bootlegger Bottle, close the lid, and let it ferment for at least 12 hours at room temperature.

“Homebrewing is a science,” said Riley. “This can make learning how to homebrew very complicated, and most times very expensive. Imagine investing hundreds of dollars and weeks of your time to make your own homebrew, and the end result isn't worth the bud light you pay for by the ‘rack.'”

While sales of home brewing kits have increased in recent years, the number of people who keep up with the hobby apparently don't match up with those entry stats. According to Riley, the majority of amateur home brewers don't continue with home brewing because of the amount of time and money that needs to be invested; there's little room for trial-and-error, and the rewards (if a drinkable beverage does actually result) don't make up for the amount of resources used. With the Bootlegger Bottle, those costs are drastically reduced.

For many, Mr. Beer is their ingress into the world of home brewing; however, Mr. Beer beginner kits require many different pieces, and the fermentation process involves a 14-day minimum wait. This doesn't allow much opportunity for those starting out to actually play around, experiment, and actually enjoy the hobby. The Bootlegger Bottle merely requires the bottle itself and the company's BioEx Beads (the secret behind their quick fermentation process). Because of its simplicity, beginner home brewers can pursue the hobby with very few limitations. Said Riley:

“Other small homebrew kits like Mr. Beer have missed the point: nanobrewing isn't a way to make cheap booze, its a form of learning through trial and error. Nanobrewing should be simple enough to understand the first time, but complex enough for them to continue growing and learning how to make better alcoholic drinks.”

Ruckus Fermentation closed a successful Kickstarter campaign earlier this January, and the Bootlegger Bottle is available now for pre-order. Most recently, the company presented at Tech Cocktail's Mixer & Startup Showcase in Boise.