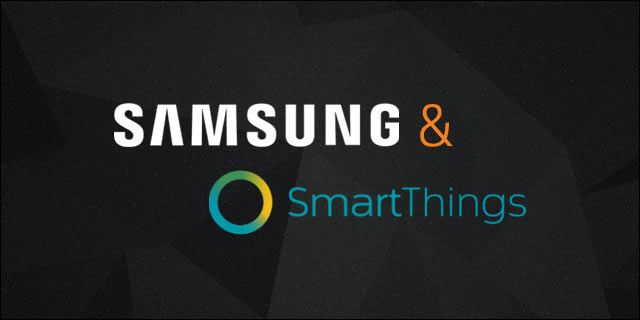 On August 14, smart home startup SmartThings announced that they were acquired by Samsung, in a deal that some estimate to be around $200 million. On Tuesday, less than six weeks later, we sat down with chief consumer officer Maria Thomas to learn more details about SmartThings’ journey and the acquisition.

Thomas said she didn’t want to speak on behalf of SmartThings’ founders, but she did list many reasons why pairing up with the global corporation made sense for them, given the nascent and transformative market they're operating in.

“The factors for us ended up being: early-stage market, increasingly competitive with actually some very big tech companies with deep pockets coming into the space. We could see that we were going to need a lot of capital and distribution. Samsung represents a lot of things, including know-how and distribution. . . . they sell more smartphones than anyone else in the world,” said Thomas.

“Samsung is the biggest player in the mobile market and mobile handsets, they have a huge electronics division which includes very large television and other electronics businesses, and they also have an extremely impressive digital appliances business.”

Thomas, who witnessed acquisitions during her time at Amazon and at Etsy, was surprised how fast Samsung acquired SmartThings. Samsung is a huge company based outside the United States with many departments that might be interested in the startup, so the process could have dragged on. But it went quicker than expected under the leadership of Samsung’s Open Innovation Center, Thomas said.

As for the future, iOS users can quell their worries that Samsung will prohibit development for the iPhone. Samsung is embracing SmartThings’ open platform – which allows developers to create apps that plug into their smart home technology – and Thomas trusts that they are genuine.

“What would not have been acceptable is if Samsung had come to the table and said, ‘Hey SmartThings, we love what you’re doing but we don’t want you to build that thing for the iPhone anymore,’” said Thomas.

In short, we can expect that SmartThings won’t be changing much about its core strategy or brand, which is good news for its current users and fans.

SmartThings cofounder and CTO Jeff Hagins will be joining us on October 6-7 in Las Vegas for our big annual event, Tech Cocktail Celebrate Conference – grab your tickets here!