In a TED Talk by MIT Technology Review Chief Editor Jason Pontin, he offered an honest assessment of the trajectory of technological advancements from Apollo 11 to the digital age. He said:

“Blithe optimism about technology's powers has evaporated as big problems we had imagined technology would solve, such as going to Mars, creating clean energy, curing cancer, or feeding the world have come to seem intractably hard.”

But in the same talk, Pontin showed a clip of John F. Kennedy telling the Americans about the spirit behind the manned lunar landing mission. The JFK government chose to do it because it was hard. And this kind of spirit is not lost in some of the world’s top technological innovators. Whether it’s funding new companies or founding a consortium, they are moving on from discussing to solving what ails the planet and its people.

Here are some examples of the collective action taking place in tech, as well as the large issues they are aiming to tackle:

Technology advancements, such as electronic payments, are enabling both providers and beneficiaries of aid. Cash relief is a more cost-effective form of aid, according to experts. It also reaches its recipients faster, in a more secure manner. GiveDirectly, backed by Google.org, is a good example. The international charity takes advantage of existing digital payments infrastructure to facilitate money transfers from donors to extremely poor families in the developing world.

The fight against global warming continues to divide many groups, particularly policy makers and entrepreneurs. Amid an atmosphere of skepticism, there are those who have moved on from debating to taking action. Carbon Engineering, backed by Bill Gates, is working on carbon dioxide reduction through direct air capture. It claims that the process can remove “far more CO2 per acre of land footprint than trees and plants.”

CBS reported about another approach, which involves blocking damaging rays from the sun. It seeks to replicate the cooling effect of the Mt. Pinatubo eruption in the Philippines in 1991. At the time, 20 million tons of sulfur spewed into the atmosphere, causing global temperatures to drop by half a degree Celsius in one year. 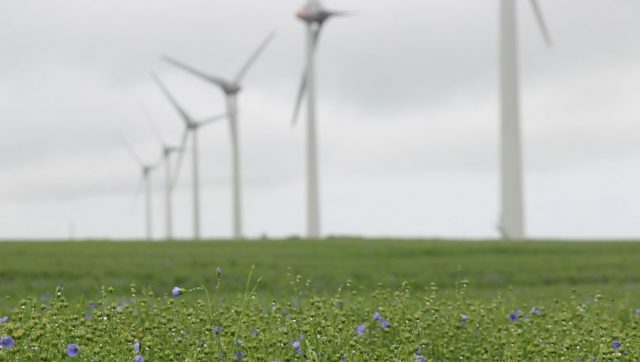 “Emergency responders and disaster survivors are increasingly turning to mobile devices to prepare for, respond to, and recover from disasters,” said former FEMA administrator Craig Fugate. The world is seeing this scenario unfold as parts of the United States deal with the aftermath of Hurricane Irma.

The Miami-Dade Office of Emergency Management is laudable for their preparations five days before disaster struck. With such a display of bias toward action, groups like them stand to benefit in internet technologies with tried-and-tested commercial use, such as business VoIP services, IoT innovations, and data management systems as simple as Google Person Finder.

Some renewables have been generating electricity but only for certain market segments. Challenges like commercial value and requirements like a huge land area keep them away from the general population. Other tech-driven solutions in the energy sector need to see the light of day. That is if present generations ever hope of powering this planet for the next hundred years.

Fortunately, one company is looking at a source that has the potential to create supply far beyond that timeline. Canada-based General Fusion, backed by Jeff Bezos, wants to build the world’s first nuclear-fusion-energy power plant, without greenhouse gas emissions and catastrophic meltdowns. It told the World Economic Forum that there is enough fusion fuel to sustain Earth for hundreds of millions of years.