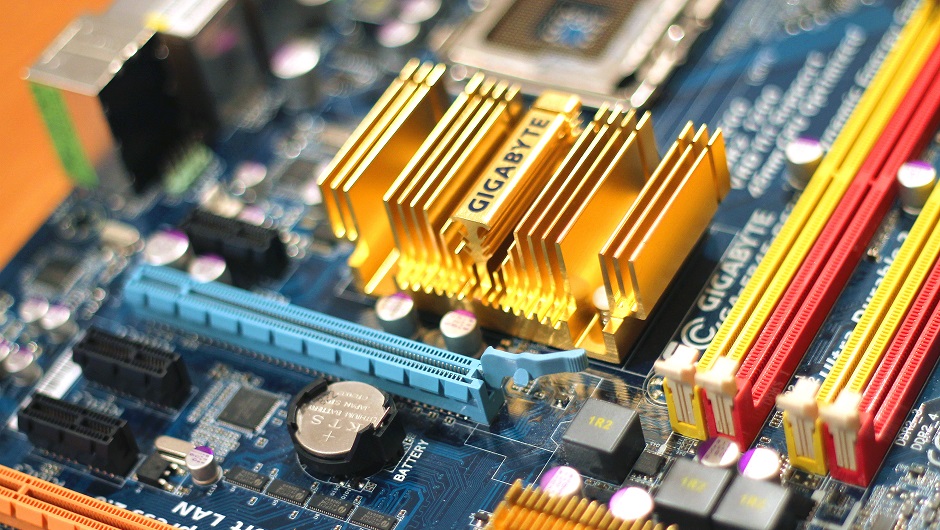 Nanoscientists at Delft University of Technology in the Netherlands just revealed their invention of the densest way to store rewriteable digital data: on the atomic level. Individual chlorine atoms can be rearranged on a sheet of copper to make the most efficient hard drive ever developed.

How efficient? Team lead Sander Otte stated that the approach could in theory put every book ever into a space the size of a postage stamp. According to a Popular Mechanics write-up, that's enough to “fit the entire Library of Congress on a cube smaller than a dust mite—or the size of George Washington's pupil on a one dollar bill.”

“Here's how it's done: Otte's team found that they could put chlorine atoms onto a cold grid of copper metal and get them to form into perfect squares. Think of it like a checkerboard. Any empty spot that was missing a chlorine atom would like a dark square on Otte's checkerboard. Next, the researchers found they could scoot around the chlorine atoms on this grid, sort of like a sliding block puzzle, and thus rearrange where the dark spots on the grid are. It's done with a tool called a scanning tunnelling microscope, which is a bit like an ultra-thin needle that can nudge atoms up and down, left and right.

[…] The arrangement of atoms and blank spaces translates to individual bits of data. A blank space followed by a chlorine atom is a 0, while the reverse (a chlorine atom and then a blank space) is a 1. Using this method, Otte can store any digital information, be it lines from a speech or small segments of computer code.”

But the data storage method is far from perfect:

“It may be a dense way to store data, but it's also heartbreakingly slow. Reading a few short sentences on one of the copper blocks takes around 1 to 2 minutes, and writing them takes 10. But Otte's team is investigating new methods they believe could speed up their writing and readout speeds by an incredible amount, up to about 1 megabit per second, about a tenth as fast as the average U.S. computer downloads data online.”

More information on the new data storage technology can be found in today's issue of the journal Nature Nanotechnology.