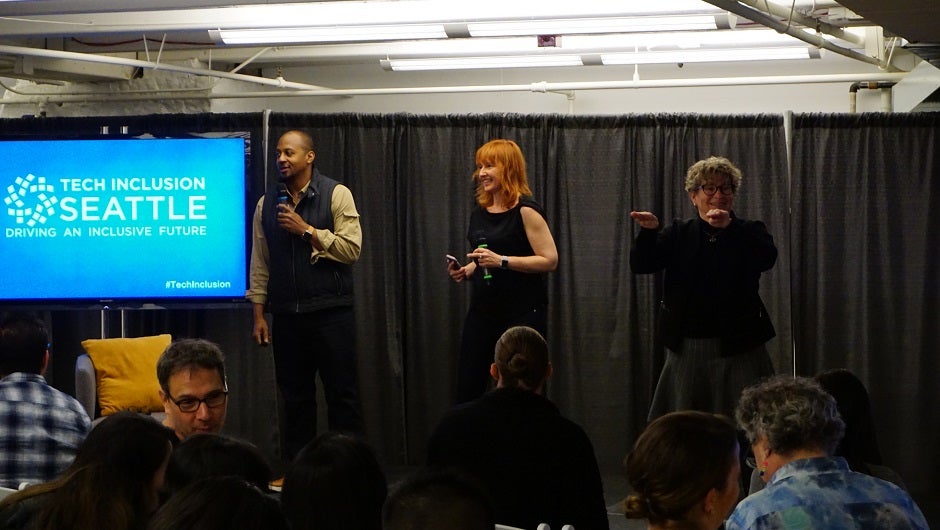 Over 1,100 people have moved into the Puget Sound area each week since 2010. That number would fill roughly five movie theaters, making Seattle the fastest growing major city in the United States and the envy of movie theater owners everywhere.

But as newcomers flock to the land of gray skies and green hiking trails, the native Washingtonians are moving out. Between 2014 and 2015, the number of those born in the state dropped two percent under the previous year's census numbers. And as the population of Seattle shuffles around, other demographic details might be ticking up in homogeneity, thanks to the city's booming tech community and the conscious and unconscious biases that come with it. 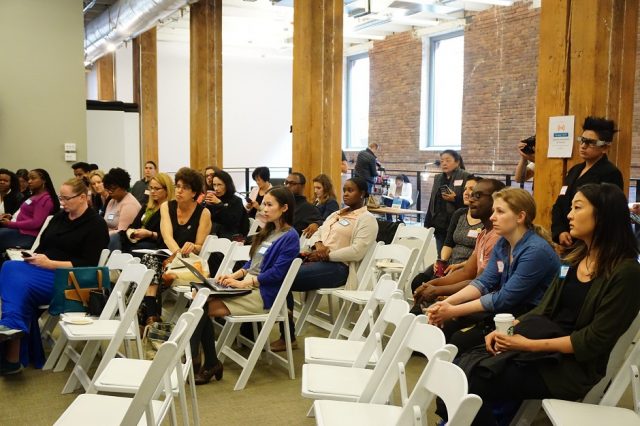 An audience at Tech Inclusion Seattle 2017

The easiest point of comparison for how a large city can change is San Francisco, also a huge technology city and one that has seen plenty of growth. Diversity levels have tilted towards more male, richer, younger, and more highly educated as a result, as one well-documented Atlantic article explained last year. The article's title alone covers the basics — San Francisco's Diversity Numbers Are Looking More and More Like a Tech Company's — but the kicker sums up the core issue:

“Because of the relatively fixed housing supply, San Francisco is a zero sum game; if someone new comes to the city, they essentially must replace someone who already lives in the city. The result is a city that is younger, more highly educated, and richer by the year.”

Speaking during a panel discussion at Tech Inclusion Seattle on June 14, 2017, Chris DeVore, managing director of the Techstars Seattle accelerator and a managing partner venture fund Founders’ Co-op, offered a new point on view: He focused on the differences between Seattle and San Francisco rather than the similarities.

“I wanted to be part of a community that wanted to be truly excellent at technology and innovation,” he said, “but also to do that in a way that was inclusive of people from different backgrounds or economic levels. I think Seattle is imperfect, but I'm very proud of the work Seattle has done recently, whether it's around the HALA bargain for housing, or a fifteen dollar minimum wage.

“As a community, when push comes to shove and we're presented with a choice about whether we want to be an inclusive city that's more affordable, easy to get around in, and able to embrace a global role in the world, we say yes. And I think other cities like San Francisco have not done that.”

Joshua Pineault, managing partner of San Francisco’s VC Jump Canon and also on the panel, took the dis to his base of operations well.

“Everyone thinks [San Francisco and Seattle] are the same, and they could not be more different. The fact that we have these two tech hubs, with Seattle ascendant, is very true, but structurally San Francisco is a city that's older than dirt, and they're dealing with issues of race that are generational. Throw in tech from the last twenty years and it just compounds. Which makes Seattle a special opportunity, if you can bake it in the right way,” he said.

But Seattle's comparatively easy road is a lot harder than it looks. 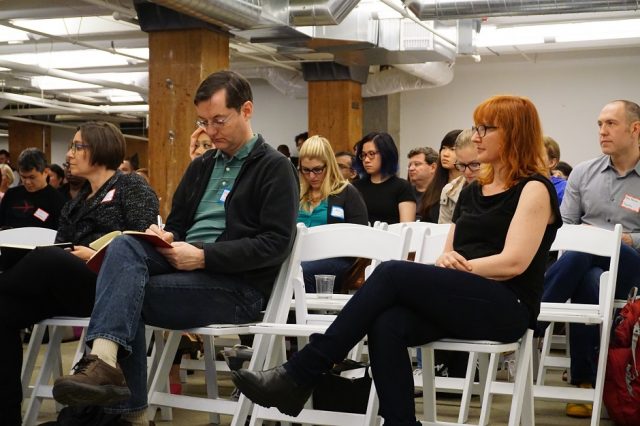 Seattle Inclusion Is at a Crossroads

CEO Melinda Briana Epler and CTO Wayne Sutton are the cofounders behind Change Catalyst and its Tech Inclusion events. First launching in 2015, the Tech Inclusion conferences have expanded each year, and in 2017 will come to over twelve cities across the U.S. Their experiences running an event series dedicated to addressing the inequalities in the tech community makes them the right voice to listen to about the future of rapidly expanding environments like Seattle.

I sat down with the Change Catalyst founders at Galvanize in Seattle's Pioneer Square District to learn more about how to point the city in the right direction. Melinda in particular had a connection to the area.

“I'm from Seattle, and it has changed rapidly,” she explained. “The culture has changed, the demographics have shifted, but not dramatically, except that the wealth gap is continuing to widen in Seattle. We have wealthy tech founders who are hiring people who look like them rather than the whole of Seattle. There's an opportunity gap, there's an access gap. There's a need for tech companies to invest locally.”

Wayne's advice on Seattle's future was optimistic, but more focused on the effort still to come than the insight from Chris or Joshua.

“It's important for cities like Seattle, which is growing so fast, to have conversations like this around diversity in tech, so they won't make some of the same mistakes that Silicon Valley has. The more we can address those issues early on, the more we can make an impact in that city to focus on inclusion as a solution,” he said.

At Tech Inclusion Seattle, a focus on action over words was demonstrated through the very structure of the event itself. 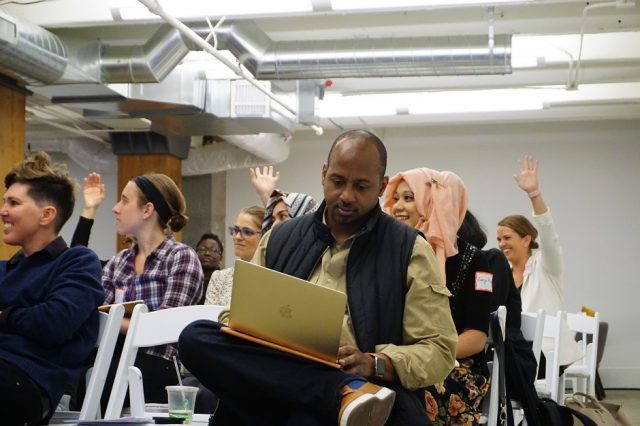 The two-day event packed all its lectures, fireside chats, and panels into the 14th. One speaker discussed the best practices to unite politically through the internet (Settle on a specific hashtag as a group, so all the tweets are in the same place, for instance), while another speaker covered the practices needed to ensure a company's interview process avoids personal biases (Never say a candidate reminds you of yourself at that age. Were you really that great?). The pace was fast: Talks were typically ten minutes, while panel discussions were capped at 40 minutes. But when the dust had settled on the compact event, everyone was invited back the next day for a four-hour-long job fair.

Tech Inclusion calls itself a “unique solutions-focused” event, so it's good to see that they dedicate an entire day to busting one of the biggest unspoken culture rules an exclusive community follows — You can't be what you can't see.

“When we host a career fair, we tend to attract more diverse candidates, which goes against a belief in the industry that you can't find diverse people applying for jobs,” Wayne said.

“We find them. They come out. We want to create as many opportunities as we can for companies to find diverse candidates. We do our best to hold both the companies and the people accountable to back up with they're saying.”

Whether or not you're optimistic about the future of a diverse Seattle, it's clear everyone involved should remain cautious and emphasize action in order to avoid falling back on hidden biases. Entrepreneurs in the startup world shouldn't be surprised by the dangers of rapid expansion: After all, 70 percent of all failed startups died because they tried to scale too quickly. Startup cities are no different.

Read more about building an inclusive company at Tech.Co