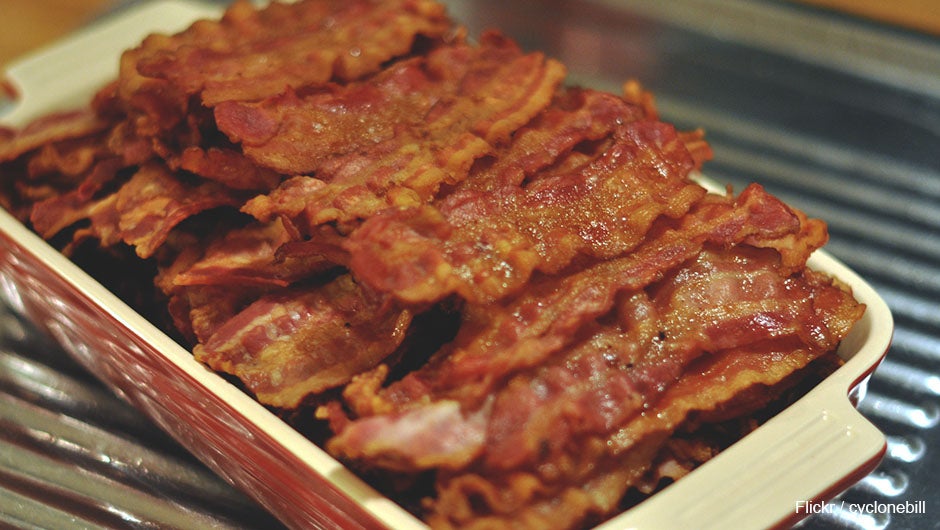 Scientists from Oregon State University's (OSU) Hatfield Marine Science Center have accomplished something that we never thought possible: they've developed and patented a new strain of seaweed that tastes just like bacon.

“When you fry it, which I have done, it tastes like bacon, not seaweed. And it's a pretty strong bacon flavour,” Langdon told the Daily Mail.

For 15 years, researcher Chris Langdon and and colleagues have been developing the particular strain of dulse seaweed. As reported by the Daily Mail, the seaweed was initially created as a fast growing food for abalones (sea snails) in Asia, but when the seaweed is cooked, it tastes just like bacon.

With this information at hand, this makes the new seaweed a kind of potential superfood for humans – they're packed with minerals, vitamins, and antioxidants. They're also a good source of protein (16 percent protein in dry weight) and carries twice the nutritional value of kale.

Chuck Toombs, a faculty member in OSU's College of Business, saw the potential that this kind of seaweed would have on human consumption. Working with OSU's Food Innovation Center, the bacon-tasting seaweed has been developed, so far, into a dulse-based rice cracker as well as a salad dressing – both of which seemed promising.

However, it may take some time before we see this glorious bacon seaweed on our shelves. So far, no full analysis has been conducted on whether it would be economically feasible to commercialize the seaweed; although, considering its rapid growth, high nutritional value, potential as a sustainable food source, and availability as either dried or fresh, there's a high chance that we could see it in our kitchens in the near future.

See pictures in the Daily Mail.