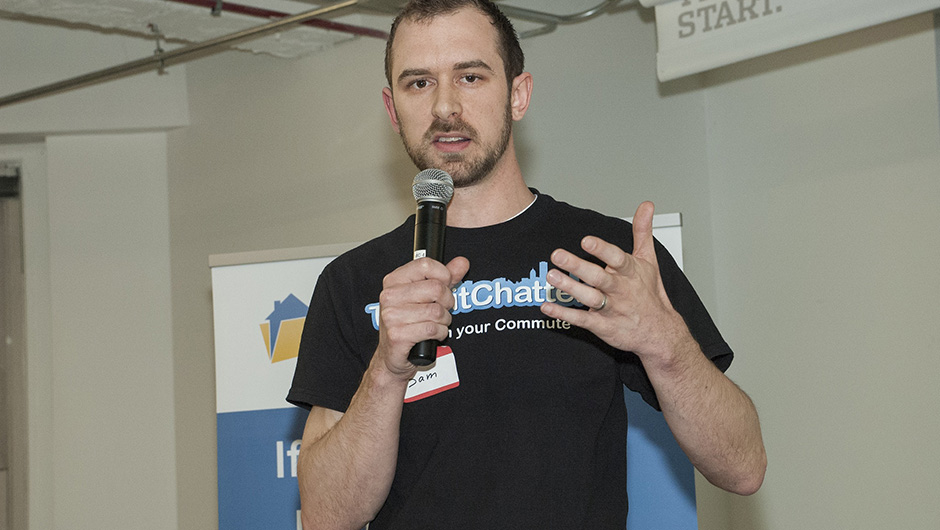 At the beginning of June, Founderfox launched their app to let startups send their video pitches to investors and press. To get things started, they also uploaded their own one-minute pitch.

Less than a week later, the Seattle startup raised $400,000 – from an investor they met on the app. Talk about some great validation.

When you log into Founderfox, the iOS app prompts you to create a short video pitch. You can record one right within the app, or upload a file from Dropbox. Then, you enter your cofounders and whether you’re trying to raise funding – and hit Post. Founderfox curates the best video submissions every day, which will appear in the public feed.

Although cofounder Kori Handy isn’t aiming to replace the pitch deck, he does think a short video makes a better first impression than a cold email and some PowerPoint slides. Instead of emailing investors, startups could pitch them on Founderfox – and investors could immediately tell if they like the founders’ vibe.

“Investors can bookmark [the videos they like], and airplay them in the boardroom so all the partners can watch a playlist of 30 pitches really fast,” Handy imagines.

Ideally, investors would start recommending that entrepreneurs pitch them on Founderfox, rather than flooding their inbox with attachments. But that’s a long way off, of course – for now, the app has attracted just 50 investors (and 1,400 founders), and some interest from incubators.

Founderfox’s pitch – the one that secured them $400K – is 48 seconds long and features Handy and cofounder Mitchell Porter very casually explaining how to use the app and asking for feedback. “Smile. It’s ok to be a little funny and stay loose,” advises Handy (perhaps referring to what looks like jumping jacks in his video).

He recommends that founders introduce themselves, then launch into an explanation of the problem and how their product solves it. Pitches should end with a call to action, and avoid rambling, buzzwords, and theatrics.

“Do not let a fancy video do your pitching for you. Nothing is more powerful than the founders showing their passion and why you need to use their product – this makes an emotional connection between you, the founders, and the product.”

Founderfox is betting that VCs want the emotional connection, too – not just spreadsheets and graphs and statistics. That can come later.