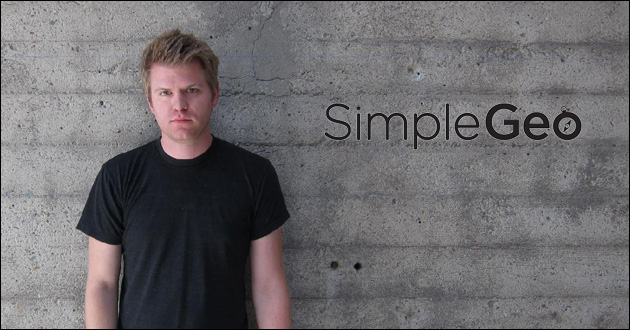 Yesterday, we shared some thoughts from SimpleGeo VP of Product Jeffrey Kalmikoff, and today SimpleGeo founder Matt Galligan has decided to move on. We've been following Matt for quite sometime now from his days as a TechStars startup with SocialThing, where I first interviewed him at one of our events. Six months later the company was acquired by AOL.  At that point, I went to work with Matt on lifestreaming and social networking products at AOL.

Matt left AOL in 2009 to start his new venture SimpleGeo. Matt took the company from zero to mega-funded and then hired on Jay Adelson as CEO to help continue to keep the ball moving forward and build a stronger company. We sat down with Matt Galligan at South by Southwest as he shared his thoughts on the latest tech trends.

In a blog post on his personal blog today, Matt had this to say:

“…my passion is in founding and building companies. So I knew there would come a day where I felt like I would need to pursue new ideas. Today is that day.”

Spoken like a true entrepreneur. Congrats to Matt on growing SimpleGeo and stepping out when it's time to move on to the next thing. I assume that is bittersweet feeling but it takes a true entrepreneur to see that as an opportunity to build the next big thing. He went on to say he will be working with TechStars in the interim as well as the non-profit 1% of Nothing.

Good luck Matt, we look forward to seeing what's next!