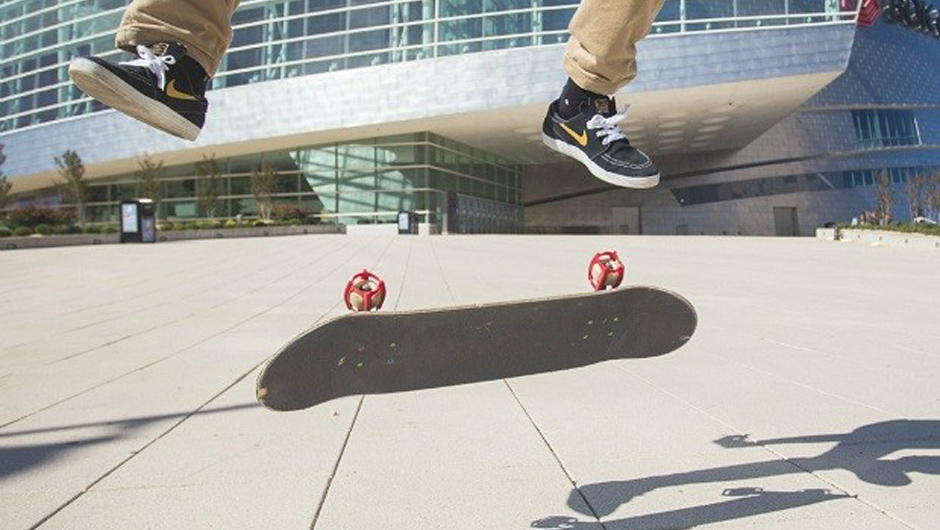 At SXSW this past year I met an entrepreneur from Tulsa, Oklahoma who was applying his engineering prowess to skateboards through his company SkaterTrainer. Specifically, Roger Hansen was helping people get past that incredibly overwhelming barrier to entry for the sport: learning tricks.

It's the single hardest part of skateboarding – it's way harder than actually riding the skateboard itself. And a big part of the problem is that the board doesn't stay put and it tries to ‘run out' from underneath you a lot. According to the team at SkaterTrainer, this leads to a lot of kids abandoning the sport before they give it a legitimate chance because they're not getting results.

Hansen built SkaterTrainer to keep your skateboard from moving – it's that simple. It fits over the wheels and effectively holds the skateboard in place so you can practice tricks knowing your board will still be there when you attempt to land. Think of SkaterTrainer as training wheels for a skateboard, in a sense.

Like any product, the SkaterTrainer version I saw at SXSW was an early iteration, but the team had told me from day one that there was plenty of room left for improvements. To that end, Hansen recently took to Indiegogo to launch the new and improved SkaterTrainer 2.0.

“It’s a way better design,” says Hansen. “We have listened to the feedback, and it took me a while to develop, but it’s finally here.”

SkaterTrainer 2.0 is much easier to install on your wheels, fits a larger range of wheel sizes, never slips off, boasts increased durability, and weighs less than half the original model. Also, it looks a hell of a lot cooler now too, although the red model is an Indiegogo exclusive for now.

Anybody backing the project on Indiegogo can expect to have their SkaterTrainer 2.0 shipped before Christmas. There’s also no fear of not getting it because they smashed through their $15,000 funding goal in about five hours on day one of the campaign.

As somebody who always wanted to be able to do tricks on a skateboard, I was a little skeptical when I tried out the first version of SkaterTrainers. Still, they helped me nail the ollie – I can successfully do it while moving and every time I stick the landing it puts a huge smile on my face. Who knows, maybe you've got a skateboarder hiding inside of you as well?