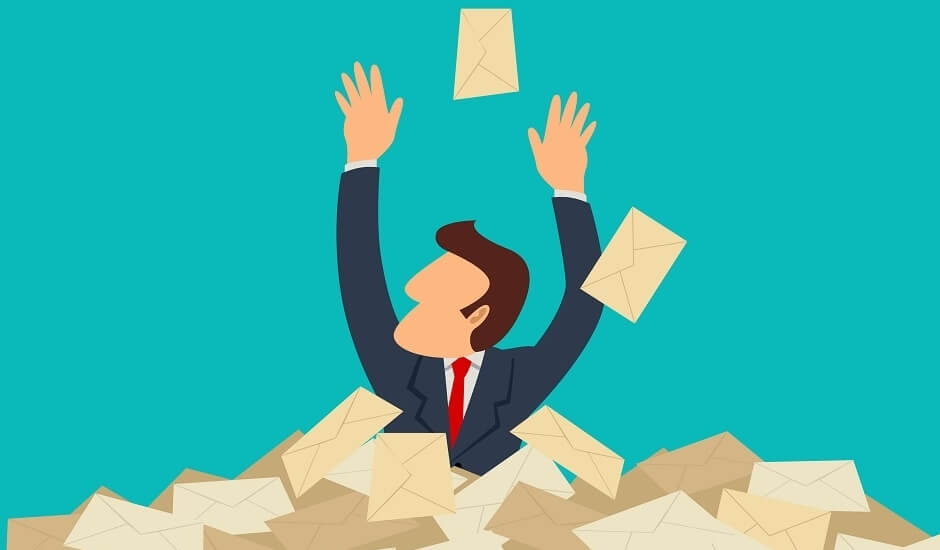 In every office, in every company, there’s a tool sabotaging the business from within. It’s stealing the most valuable asset the company has – time. Leeching hours a day from every employee, it destroys productivity and constantly interrupts work flows.

There have been many studies into how much time we spend each working day handling email, suggesting it could be anywhere between one to four hours. Even if we take the average and assume two hours (though you may, personally, dream of such a small number), that equates to around 500 hours per employee a year. Extrapolate that across the number of employees within a business, and you’re talking days, weeks and even whole months, lost forever.

According to a report carried out by market research firm Radicati, the average employee sends 97 emails per day and receives 43, and it's a number that grows with each year. Suddenly, two hours a days doesn’t even seem like enough time to deal with so much correspondence.

The developers behind workplace email-alternative Slack think they’ve hit upon the solution, and Slack’s rapidly-growing customer base suggests they might just be right.

Since it was launched in 2013, Slack has grown at an incredible rate. Slack has just announced that it will add an additional $427 million of investment, following a valuation of more than $7.1 billion. It’s now used by 500,000 companies worldwide, with 8 million daily users. So what does it do so differently to conventional email?

Slack resolutely isn’t email. Instead, it lets colleagues communicate in a shorter, smarter and more modern fashion. It takes its cues from social media and online messaging, rather than the old fashioned letter-sending that email is based on. 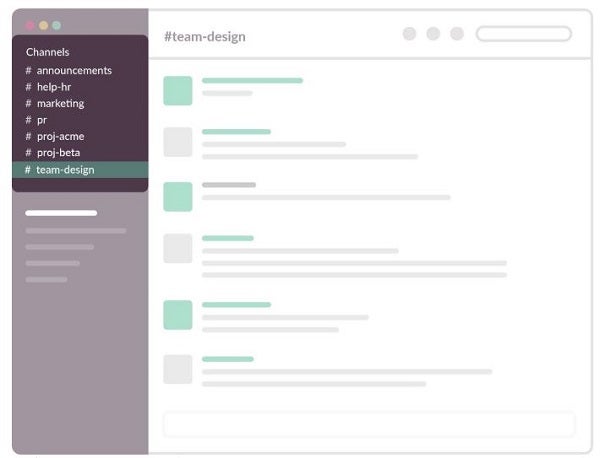 Think about it – when you’re sending an email, you may start with ‘Hi Joe,’ then leave a space before the first paragraph, another before the next paragraph, and so on until you sign off ‘Thanks’ or ‘Best regards’. All of this structure comes from the way we were taught to write letters, and cumulatively, it creates a huge amount of slow-down in workplace communications.

Slack more closely resembles a messaging app, or Twitter, than it does a personal or work email account.

Open up the Slack app, and you’ll be presented with a list of channels on the left. These channels could relate to anything, be it a department, a specific project, or even a social committee. The users decide what they want their channels to be, and can join or leave them as they see fit. Messages to the channels can be sent by anyone (assuming they’re not marked as private channels), and can be seen by anyone.

Private messages can still be sent between individuals one-on-one, or you can create private groups chats.

So that’s how Slack is laid out. But how does it really work in terms of changing office email culture? We spoke to Rav Dhaliwal, Head of Customer Success for EMEA for Slack, to find out why he believes Slack offers such a convincing alternative to a busy inbox.

Rav has over 20 years experience in the collaborative software space with companies such as IBM and Salesforce. He tells us he recognised the value of Slack when he began using a beta version, before it had even been launched to the public.

Putting Slack through its paces when renovating a property, the channels approach allowed him to group together the relevant parties – designers, suppliers, builders and so on, with an overview of all the communication. ‘I was sold on the concept immediately’.

Why Is Slack More Efficient Than Email? 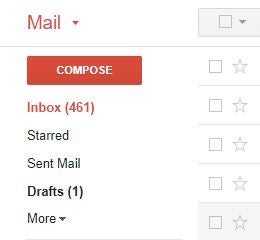 By its nature, Slack creates a dialogue, instead of a diatribe. The platform lends itself to short sentences back-and-forth within a group. These are more reminiscent of a phone group chat than an email chain.

Questions are quickly answered, and decisions are made swiftly, all without pages of emails with an increasing number of people all copied in.

Here, Dhaliwal points out one of the biggest flaws of email. ‘When you send an email, you’re taking a punt that you’re sending it to the right person’. It could take a dozen emails before you find the right them. With Slack, the open nature of the messaging means that you’re connecting with everyone you need to at once.

Unlike email, Slack users have a lot more power over what they see and – more crucially – don’t see.

Unlike email, Slack users have a lot more power over what they see and – more crucially – don’t see. With email, you can be copied into everything, with few opt-outs available. Let’s face it, blocking emails from the marketing team because they’re not essential to your job could be seen as a bit passive aggressive.

The Slack channel system means that employees can join the groups that are important to their role, and ignore the rest of them. You can even leave channels when they’re no longer relevant, then rejoin later. Meanwhile, all the other channels will always be there and open to view, so if you did want to get a quick update on what marketing have been up to, you can nip into their channel and take a look.

Dhaliwal believes that one of the biggest positives of Slack over email is the way in which it retains information. Over email, messages are sent between specific employees – by their nature, they’re inaccessible to anyone that they weren’t addressed to. Slack’s creators saw this as a problem that needed to be solved.

Imagine all those new starters at a company who start with an empty email inbox. With Slack, they can jump into the company’s archive and access an entire realm of information instantly

Slack, as Dhaliwal explains, ‘creates a giant searchable archive of institutional knowledge, available to all’. In this way, repetition is eliminated. Imagine all those new starters at a company who begin day one with an empty email inbox. With Slack, they can jump into the company’s archive and access an entire realm of information instantly, and it’s all easily searchable. The questions that anyone new to a company may have can all be addressed within Slack by the employee themselves.

As the channels are open to all, there’s also a greater opportunity for problem solving. The solutions that your company is reaching for could come from outside the obvious stakeholders in the department. If the conversation is locked away in endless email chains, there’s less chance of an outside source coming up with the solution.

The Power of the Emoji

When you’ve been using Slack for a few days, you’ll notice that a lot of the communication isn’t even done through words. Emojis and gifs are a key part of conversation, and it’s not unusual for some good news to be celebrated with a dozen thumbs up emojis and the odd Nicolas Cage gif.

There’s no need for an agonizingly typed-out back and forth to acknowledge a message. The original poster can see that everyone got the message, and it builds a positive culture of celebrating small wins.

Dhaliwal agrees, and tells us that he is most likely the biggest proponent within his team of the thumbs up emoji. ‘It’s efficient to respond with an emoji, and saves time typing, giving users a quick shorthand for everyday messages’.

Gifs too, have their place, he tells us. ‘Customers say it helps foster a really positive strong culture. It shows their teams are irreverent and working closer together, that they can have a good giggle but still get their work done.’

Among its clients, Slack counts NASA

Companies who use Slack tend to be invested in it. While it operates on a Freemium system, an impressive 25% of companies that use it are paying for the premium service.

One of the common misconceptions from non-users, Dhaliwal tells us, is that ‘because everything is transparent, it’s too noisy’. But Slack converts will tell you otherwise. Slack offers a level of control to the user that email simply can’t, streaming the communications they see and when they see them.

Slack fosters feedback from its community, and says it’s instrumental to the company’s success. Dhaliwal states that it pays more attention to customer feedback than previous companies he’s been involved in, and that Twitter comments and support tickets are all used to build a better customer experience. Could you say the same of your email provider?

Slack continues to build its client base, with many high profile companies coming onboard, such as IBM, Trivago, Ticketmaster and even NASA.

Slack continues to build its client base, with many high profile companies coming onboard, such as IBM, Trivago, Ticketmaster and even NASA. Those that use Slack seem to be only too happy to leave email behind.

The company isn’t resting on its laurels though. It pushes out constant updates, including the latest developments in machine-learning to make for a smoother customer experience, with the reassurance of Slack's high security standards.

Slack seems to have a bright future ahead of it, but for users, the important thing is that they’re getting their two hours a day back.

Tips for Making the Best of Slack

Leave channels – If your time on a project has ended, or you’ve had your fill of David’s holiday snaps, you can leave a channel. In fact, Slack recommends it. Pruning your channels regularly avoids the distraction of unnecessary messages, and you can always join again later on.

Mute channels – If you want to stay in a channel but just need some quiet time, muting channels allows you to stay in the loop but without the distraction of alerts.

Do not disturb – Similarly, make use of the Do Not Disturb function if you’re focusing on a task. Users who contact you will receive a message that you’re unavailable for a while, but if their request is urgent, they can still notify you.

Connect your apps – Slack can integrate with popular tools, including Google Drive, GitHub, Zendesk and many others. Set these up and your teams can work seamlessly within Slack itself.

Use Voice and Video calls – For those times when you need to talk face to face, use Slack’s integrated voice and video calls function. Premium users can even set up conference calls with multiple users.

Dhaliwal’s favourite function in Slack is its Quick Switcher, accessible via Command/Control + K.

Not only is it a quick way to switch between messages and channels, but the integrated search function learns the user’s preferences over time and intelligently serves up results based on their activities.