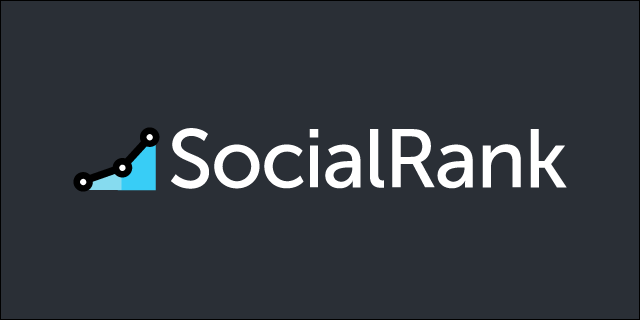 In a crowded market replete with social media platforms that aim to tell brands what their followers or fans are talking about, one comes in with the goal of telling brands who their followers are – to learn more about them – and of giving brands the tools to sort and manage them from one central location. First launched in February of this year, SocialRank – a simple (and free) tool that allows brands to learn who their most valuable followers are – announced today that it has launched SocialRank 2.0, a more comprehensive version of its initial product.

Through SocialRank, users can easily discover which of their followers are “most valuable” (who are in the most demand), “most engaged” (who are engaging with you the most), or simply the “best follower” (basically your all-around most valuable + most engaging). For their first version of the product, Taub and cofounder Michael Schonfeld created a pretty bare-bones tool that gave brands the ability to discover their top 10 or top 100 for each of these categories (depending on whether you were running the free version or paid monthly for the premium version), and were provided with either monthly or daily reports. 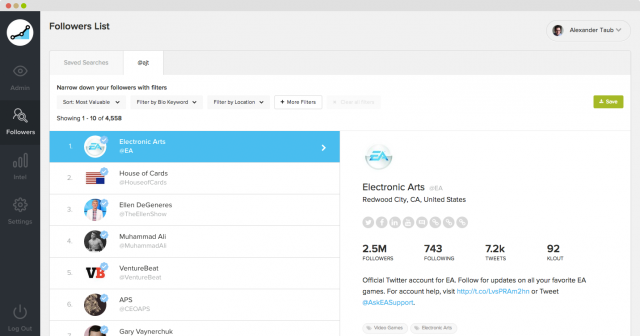 SocialRank 2.0 now gives you access to view all your followers and where they rank on in terms of value and engagement.

Since launching that first version, however, Taub and Schonfeld have watched more than 5,000 brands use SocialRank to learn more about their followers. And, in doing so, have gathered feedback from these brands on what they wanted the most out of the platform. “What we found was that brands wanted the ability to see and learn about all their followers, as well have the ability to sort them and not have to deal with daily, weekly, or monthly reports; they wanted more of a database that they could easily look through,” says Taub.

With the launch of SocialRank 2.0, brands now have access to a wider variety of tools to help them learn a little more about their followers. The platform's user experience has expanded to include a graph search, which opens users to a variety of different sorting and filtering tools. Aside from sorting by Most Valuable Follower, Most Engaged Follower, and Best Follower, SocialRank 2.0 enables users to include filtering by followers' location, certain keywords, shared interests, activity level on Twitter, whether they're a verified user, as well as by organization or company with which they're affiliated.

The new version of SocialRank opens users up to more filtering options.

“We want to be that central location to help brands manage their followers across multiple networks,” says Taub. “The idea is to start somewhere and do it right, and [then] add the networks one by one, you know, because not every [social] network's the same.”

As of now, SocialRank only incorporates followers from Twitter, but Taub says that they will be working on Instagram integration next, eventually adding Facebook, Pinterest, as well as other social networking platforms. In conjunction with the launch of SocialRank 2.0, the company has teamed up with various companies to offer prizes to their most engaged users, including Bonobos, Century 21, Uber, Instacart, Juicy Couture, and even Muhammad Ali.

Excited to hook up @DatingDad w/a free month of Instacart Express, thanks for being one of our most engaged followers! Found on @socialrank

We're calling out @MarkAbsher as one of our most engaged followers! Enjoy $50 credit as a thank-you from us. :) Found via @socialrank.

For now SocialRank 2.0 is completely free to all users, with a planned premium version in the near future; although, Taub admits that he's not entirely sure what that will look like yet:

“At end of the day, let's have people using the tool…everyone should have this stuff for free.”

You can try SocialRank 2.0 for yourself.