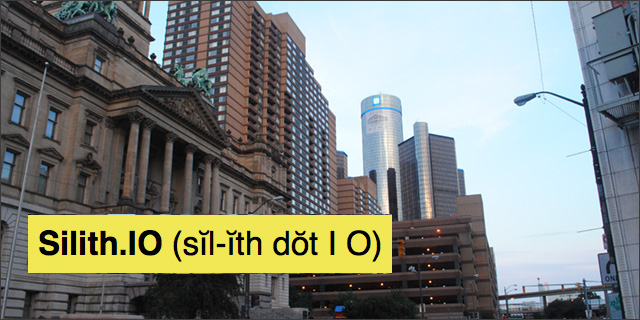 Or, at least, it shouldn't be. Was my title effective in luring you in? I think Jay-Z lyrics just have a way of attracting that kind of attention. Software development is (often) not a one-man project (unlike Jay-Z who – let's be honest – is fully capable of handling anything on his own). It usually involves a team of developers working together to produce some fantastically fantastic app for the Web or phone. If it doesn't involve a team of people, at the very least, it might involve a single freelance developer working with a client to produce software, so a collaborative or team effort rather than purely lone workmanship. Because of the multiple parties involved in the process, effective communication plays an essential role throughout the development process. We can thank Silith.io for what it's created for us.

AnnoTree, Silith.io's first product offering, is a tool that allows for more efficient and effective collaboration during the software development stages. The platform allows designers, developers, managers, testers, and even clients (essentially anyone involved, at all, in the process) to come together on a single platform and contribute to the discussion throughout each step of the development process. It aims to fix the roadblocks that prevent Web and mobile applications from being produced on time or produced in the way that they should have been.

“[AnnoTree] is focused specifically on visual collaboration, and that's really based on this idea that ‘a picture is worth a thousand words' – that more can be said from actually drawing or writing on top of the Web or phone applications [you're developing],” says Matt Price, co-founder and CTO of Silith.io.

AnnoTree's main collaborative feature is its ability to draw or write directly on top of whatever software is currently undergoing development. After installing AnnoTree's toolbar into the iOS application or downloading it as an extension through the Chrome Web Store, a user can start leaving feedback via text annotations or drawings directly on the software interface itself. “The idea behind the name ‘AnnoTree'…is organized around the idea of a tree. Each branch is a part of [the software], and you annotate on top of [or place leaves on] those applications.” Users leave feedback or make edit suggestions by leaving text or drawing annotations (referred to as “leaves”) and can then be assigned to individual members at a later time.

“Through AnnoTree, users can have the same level of conversation as if they were working together in the same room.”

Communication during the development of a Web or mobile app can be befuddling – discussing things like new features, modifications, or bugs is difficult and often involves tedious and unnecessary work. All of the feedback takes place on the AnnoTree platform, which enables a simple and efficient sharing of ideas and prevents the need to communicate through a lengthy string of emails. It removes the previous reliance on (and frustration associated with) simple screenshots of the application in development, and actually allows non-developers to interact with the software rather than merely seeing the end result or certain stages of the app.

While Silith.io's AnnoTree offering already reduces some major frustrations with software development collaboration, Price divulges that we'll be seeing more from them in the near future:

“We can envision [Silith.io] offering a suite of intuitive platforms that facilitate and streamline software development. We are beginning with a core which tackles collaboration and plan to create a network of interconnected products that work together – allowing users to develop better software in less time while still maintaining a workflow unique to their team.”