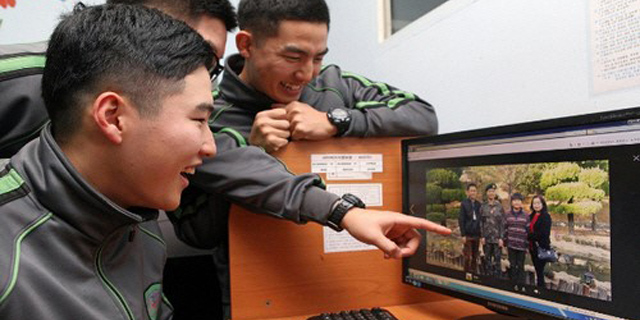 The Republic of Korea Army (RKA) recently began testing out different communication tools to help alleviate the struggle South Korean soldiers, like any soldiers, have being away from their families for long periods of time. The RKA settled on BAND by Camp Mobile, an app that seeks to redefine social networking and messaging via control and privacy.

BAND currently has 35 million users worldwide and operates as an invite-only platform for both iOS and Android. When The RKA selected BAND, they officially added 600,000 South Korean soldiers and their parents to the platform.

Each platoon – 30 soldiers – opens its own BAND with soldiers’ parents to provide and receive updates about military and home life; since December 2014, 25,000 groups consisting of 30 soldier-platoons have been created. The aim is to eliminate the need for communications, which will in turn help the military members focus more on their duty.

Normally soldiers aren’t allowed to carry a smartphone, but officers in the camp can take photos with their smartphones to share with their BAND communities. Any soldier can access BAND via equipped PCs within their respective camps.

“We put the highest priority on the privacy in communication within any kind of group. BAND will support all three parties – the Korean army, soldiers, and parents – to connect together so that they all stay more tight and intimate during the military service without worry and fear,” says Ram Lee, CEO and founder of Camp Mobile.

I’d encourage you to think about this beyond the surface level. Consider that this kind of private communication is especially helpful for soldiers who serve near the DMZ because they’re intensely isolated.

With BAND these soldiers can celebrate a birthday along with their parents, just like if they were at home. It’s the little things in life that make the biggest differences, I find.