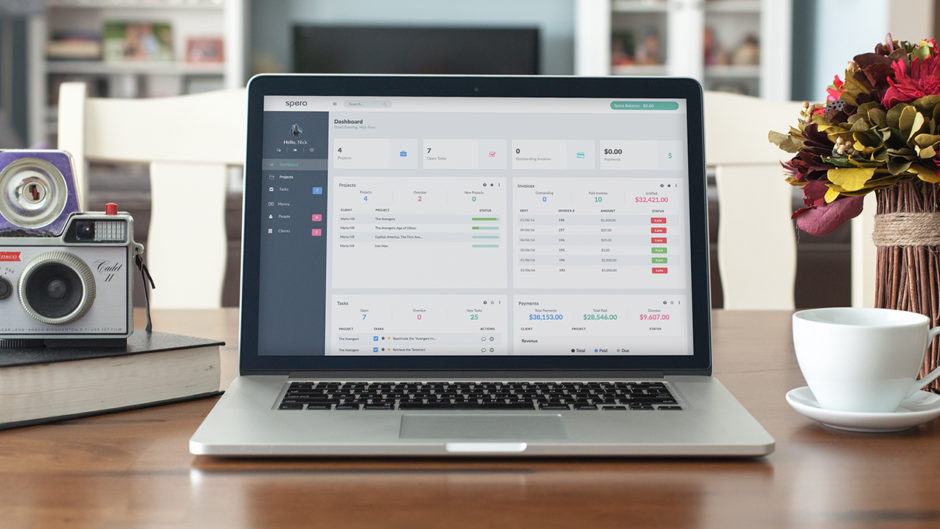 Can you crowdsource the launch of a startup by asking future customers to help shape a product and a company? That was Greg Pesci’s approach to create Spera, which offers an online platform to help freelancers manage all aspects of their businesses.

“We weren’t that smart,” said Greg, CEO, a 51-year-old lawyer who has spent the past two decades developing electronic payment systems. “We stumbled into this because we were asking questions.”

Where There Is Growth There Is Opportunity

Entrepreneurs, independent contractors, and artists have long grappled with receivables and payables, looking for working capital while prospecting new customers. As I explained in my Tech.co interview with Whurley, the CEO of FinTech startup Honest Dollar, the sharing economy is huge. One-third of the American labor force, it contributes $1 trillion a year to the economy:

“I realized this was a burgeoning movement across the U.S. and the world, a group of people who were revolutionizing the nature of work—of what they wanted to do, of where and how they wanted to work,” Greg recalled in a phone interview. “People were making a deliberate choice—and not just reacting to losing their jobs. They were choosing this kind of work, especially Millennials, because they wanted the freedom it gave them.”

Greg spent nearly a decade at ProPay, a provider of electronic payment systems, dealing first with a privacy product for encryption and tokenization, then taking on additional roles as COO and president. His company was acquired by Total Systems Services (TSYS), the publicly-traded electronic payment processor. Following the acquisition, Greg  wanted to leave but instead worked out an arrangement that let him work on entrepreneurial ideas while continuing his work at TSYS. Finally, after he and the ProPay team delivered bang-up results for 2014, Greg quit.

Greg fished for an entrepreneurial venture that would work. Greg’s brother, Luciano, the CEO and cofounder of Emperitas Services Group—which delivers competitive intelligence and predictive analytics using agile research methods for the likes of Overstock.com, Skullcandy and Backcountry.com—saw an opportunities to serve the sharing economy. “Freelancers kept coming up as the cutting edge of the labor market; it was an obvious macro-economic trend,” Luciano recalls. “So, I sent Greg an e-mail.”

How to Crowdsource a Startup

Within a month, the brothers were planning a first round of in-depth interviews. But to find and qualify research subjects to question they used NUVI the real-time social intelligence platform. “We searched for people across the country by using Twitter and keywords, even potential competitors’ names,” explained Greg. That yielded a group of 30 who agreed to a half-hour of questioning in return for a $25 Amazon gift card.

More than half of the initial sample consisted of freelancers. Many of them had concerns about payment systems. But they were really worried about receivables; 40 percent were dealing with late payments. Cash flow was a big problem, distracting many people from either acquiring new customers or serving the ones they already had.

“They talked about how cumbersome it is to manage feeds from five-to-fifteen different software programs just to run their businesses,” said Greg. “The responses got us to focus more and more on freelancers.”

Greg gathered responses on how freelancers found new jobs (mostly word of mouth) and whether they worked mostly by themselves or with other people (the majority interacted with four or five other people, usually subcontractors they hired). He learned about their biggest costs, how they monitored their finances, their methods of invoicing, getting paid, and making payments—and whether they preferred to manage those tasks via mobile. Did they need capital? If so, when during their yearly cycle?

“We had quantitative data on hundreds of freelancers,” said Luciano. “We’d hit the point where we could use parametric statistical methods”—enabling a highly flexible database that could easily expand and shift with new information. Since then, Greg instituted bi-weekly reports with fresh data from the field.

Relying on these interviews, Spera reached some important conclusions about how to build its initial product. The interviews told Greg that everyone wanted to be able to connect all their accounts: They wanted an elegant solution but a secure one. They were interested in building a freelancer community, relying on personal networks. Despite freelancers’ willingness to pay for Spera’s platform, Greg decided not to charge them, at least at the start. And while most freelancers needed working capital at least some time during the year, Greg  chose not to offer loans right away but, instead, to provide referrals to lenders. According to Greg:

“The purpose of Spera is to free people up so the backend of their business—payments, invoicing, task management, insurance, taxes—happens automatically so they can concentrate on doing what they love, how they want to do it.”