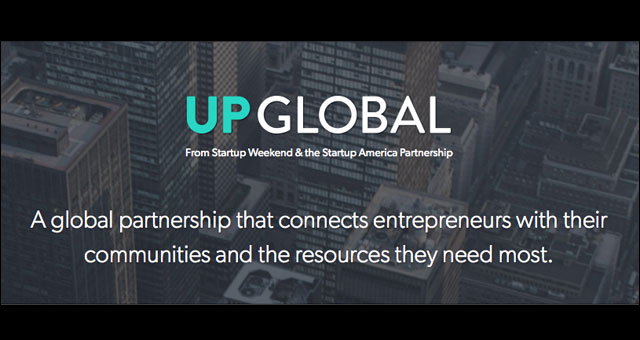 Founded in 2011, the Startup America Partnership was blessed by President Obama and initially funded by the Case Foundation and Kauffman Foundation as a three year program to dramatically increase the development, prevalence and success of innovative, high-growth U.S. startups. It was led by Steve Case who appointed Scott Case (no relation) to drive the program. The news of the transition was shared with one hundred regional champions from twenty regions at the fifth Startup America regional summit in Phoenix in mid-April but then reiterated with more details last week.

In Startup America's first year, the emphasis was on connecting large corporations with startups. It's second year was about helping to stand-up startup regions and leaders that would drive local initiatives. This year, so far, has involved a few high-profile events (e.g., CES, SXSW) and their Summit, but otherwise has been focused on winding the organization down. Last December the group strategized,  determining the future of Startup America, as Scott Case explained:

“After evaluating the situation, Plan A was to stick to our knitting and wrap things up (as initially communicated and planned) and option B was to find a ‘go forward' strategy.”

The Startup America board which includes a set of heavy hitters in the startup world, decided on a ‘go forward' strategy; to merge Startup America into Startup Weekend and create a new brand called UP Global. Scott Case will remain on board as interim president until the end of the summer, but it appears that Marc Nager from Startup Weekend has already stepped in to lead the new Up Global organization as he delivered the news of the merger on the call last week.

As a participant in Startup America as part of the Startup DC regional leadership team here's what was observed.

The organization absolutely catalyzed some regions, once people could wrap their minds around what Startup America was and stood for. Dozens of community organizers from around the country spent time coming up with strategy and taking action. The report was that 30+ states participated in some way, some much more active than others. Throughout its tenure, the organization was met with some skepticism and some regions did not take it as seriously as the organization had hoped, while others far exceeded the expectations of the group. For example, Startup Tennessee started a state-wide accelerator program lead by Micheal Burcham and backed by the Tennessee Governor Bill Haslam and Commissioner Bill Hagerty of the Tennessee Department of Economic and Community Development. In Washington, D.C. the 1776 accelerator and campus was created by former Startup America leader Donna Harris and Startup DC regional leader Evan Burfield. There were other examples as well, but these are two of the most publicized.

Startup America also brought together regional leaders by hosting five summits in various locations around the US, where people could exchange notes as they all looked to help foster entrepreneurship. From a regional perspective, Startup America seems like it was a success. While it did not launch in every state, it was able to get 30+ regions going and catalyze numerous regional leaders. In the end, they were also able to rally 12,000+ startups to sign up for the program to get deals and benefits from Startup America's partners. This data will now be in the hands of Up Global to carry the torch onward.