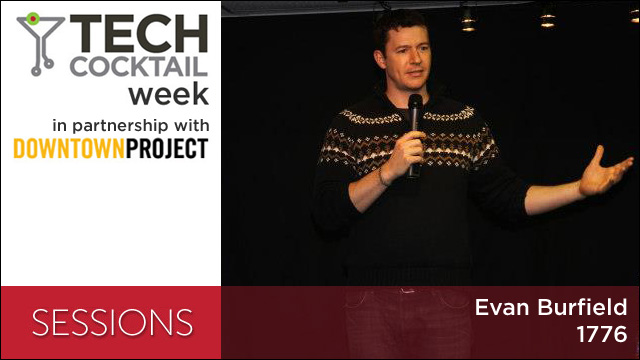 Since the Washington, D.C. region is so spread out with Maryland, Virginia and The District making up the unique area, finding a central hub for tech startups has been something the region has struggled with. Last year The Fort, a startup accelerator and work space, opened up shop near the White House to offer capital investment and mentoring, which was a great stride in the right direction. Acceleprise, an accelerator for enterprise startups, also opened its doors in the district.  A few other spaces have opened up offering coworking services for tech startup founders and entrepreneurs. Nearby Baltimore also recently had Betamore open up its doors. However, demand still abounds and there is still an opportunity for a startup hub in the region, especially for those looking to focus on education, advocacy and healthcare – and that is what the 1776 DC coworking and incubator space is looking to offer.

1776 co-founder Evan Burfield lead the Startup America DC movement and, through those efforts, was able to identify some of the key issues facing the region when it comes to startups. His hope is that the new space will help tackle some of these large national problems. Burfield has teamed with Startup America Partnership's managing director Donna Harris to pull this effort together. The duo are working hard to open the space by early February (which is only a few weeks away).

1776 co-founder Donna Harris had this to say about the new space:

“The Washington DC region is one of the most powerful, well-connected and wealthy communities on earth, and 1776 will help startups from all over the world to harness those assets to tackle America's most pressing challenges.”

Her counterpart joined Tech Cocktail in Las Vegas in early December for the first ever Tech Cocktail Week event. Tech Cocktail Week is a monthly series of events that takes place downtown Las Vegas and is produced in partnership with Tony Hsieh's Downtown Project. During the event, Burfield shared his thoughts on tackling big problems and how 1776 plans to help act as a catalyst in the DC region. Watch Evan Burfield share his vision (below) for tackling big problems with the birth of 1776 DC tech startup campus and hub.

Editor's Note: Evan Burfield is also a contributor to Tech Cocktail and we are thankful for his insights, perspectives and support.