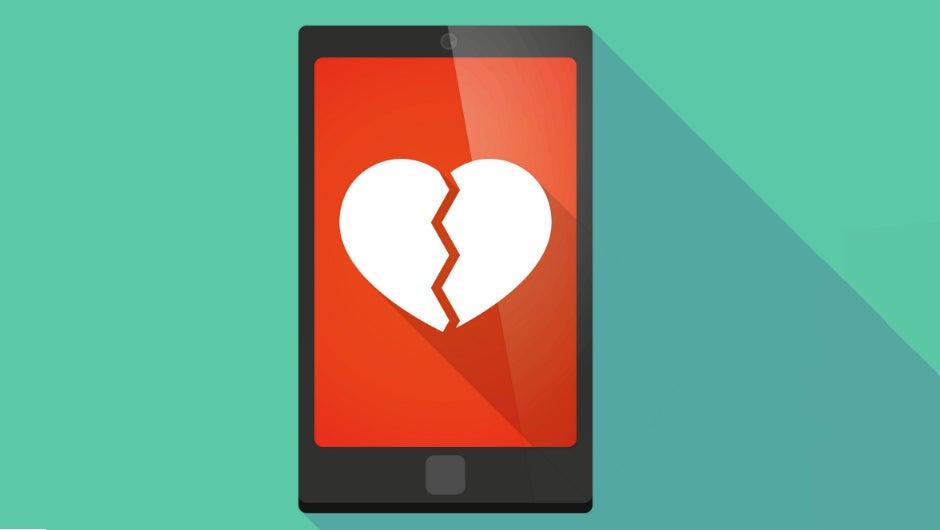 A new UK-based startup is looking to change the way that we think about, and make divorces happen, using a mix of digital expertise and compassion.

Founded by Kate Daly and Pip Wilson in 2015, amicable.io combines an intuitive, collaborative app and divorce expertise to make the process as painless, transparent and as quick possible. Rather than negotiating back-and-forth between lawyers, divorcing couples are able to view each others’ wishes for the divorce terms, from childcare to their financial arrangements. Because sometimes, things just don’t work out.

We’ve crunched the numbers to determine the countries where marriages are least likely to survive the test of time. In the US, for example, nearly half of all marriages end in divorce – making it the seventh highest divorcing country in the world. Couples in the UK, on the other hand, seem to keep their marriages together more successfully, coming 36th in the world.

amicable.io is truly disrupting the divorce industry. Instead of just imitating lawyers, amicable’s app facilitates the discussion about each individual's goals and expectations for the divorce.

These goals can be anything from personal feelings about the divorce outcome, to child custody plans or finance arrangements. All of them are completely customizable and can be tailored to the divorcees’ specific situation.

The goals and expectations built into the app can also be turned into a legal document by amicable to act as the terms for the divorce which, as the couple has worked on them together, rather than in spite of each other, should reduce potential issues down the line. This means cheaper, less antagonistic divorces unlike the sort which lead to the taxpayer picking up a $66bn (£50bn) annually to cover divorce fallout. 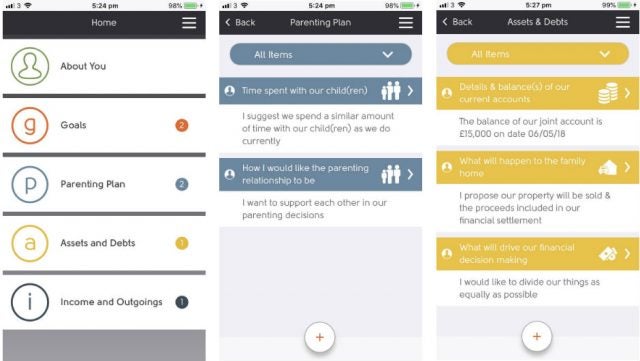 As amicable isn’t a law firm, it also means that it doesn’t charge law firm fees. In fact, the startup estimates that its service is more than ten times cheaper than going to court, a third of the cost of using a lawyer and half the cost of mediation.

As mentioned above, the amicable app is free to download, and can be used by couples to communicate their feelings and hopes for the divorce, without signing up to the paid-for service.

The paid-for services cover a lot of the paperwork that a traditional law firm would do for you – including creating legally binding financial agreements or filing court documents- but because you don’t pay for the negotiation part, the overall cost of the divorce is much lower.

In fact, amicable’s packages start from £100 (about $135) per month for three months. This will cover a divorce with no financial or childcare arrangements to make. The most expensive package however, is only £475 (about $640)  per month for three months which will give you access to a divorce coach, a Consent Order to make the financial arrangements binding and more. 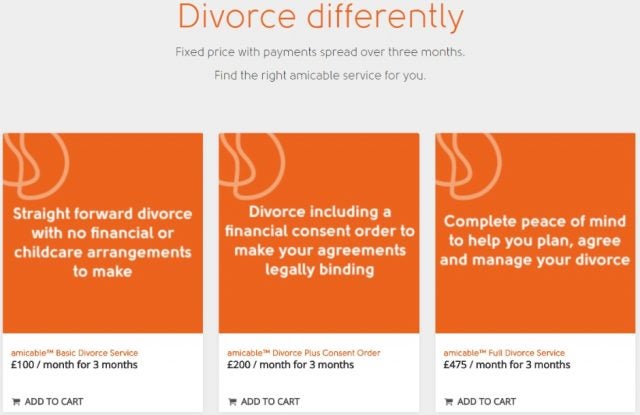 Unfortunately, amicable’s services are only available in the UK at the moment. However, couples in over 26 countries have downloaded the amicable app and have used it as the basis for a simpler, fairer and better divorce.

amicable knows it can't prevent relationship breakdown but as co-founder Kate Daly says “At amicable, we believe that once a couple has made the difficult decision to separate, whatever the reasons, the emphasis should be on separating in the least painful way possible and, if children are involved, putting them first.

“Harnessing a unique combination of relationship knowledge and tech expertise, amicable is a stress-free service that focuses on the family and saves couples time and thousands of pounds.”

Emphasizing the issues that can come with traditional divorces, Daly continues “amicable is not a law firm. This means they can help both people. In the UK, a lawyer can only act for one person, forcing people to double their legal costs. Uniquely, the amicable service means both people hear the same legal viewpoint rather than getting tied up in knots with ‘my lawyer says…’.”

Read about other innovative startups on Tech.Co