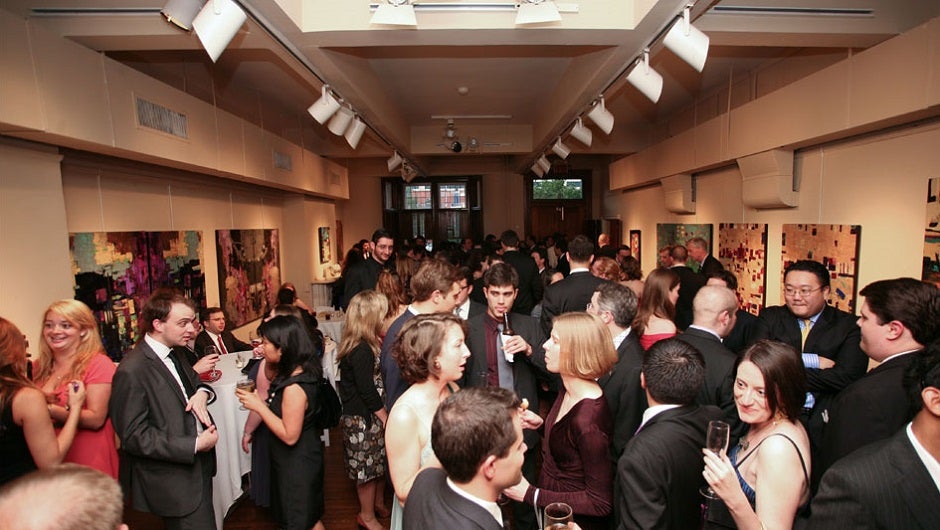 Take a look at these social media statistics. One in three receive their news through Facebook, the average Twitter user spends 170 minutes a month on the platform, and the average user spends $60 when coming from Facebook.

This should show you that more than ever before technology is making people more social. That means you have to form relationships with your target audience. As a startup, it’s the only way you are going to generate sales.

The TechWeek conference is perfect for startups because more than ever before you need to leverage technology in your business. It doesn’t matter what industry you happen to be operating in. This will be a week where you will be enjoying talks about everything from gender equality to adopting HP & Dell servers as part of a new technology drive in your business.

Add in the fun activities like yoga, pitching sessions, and hackathons and you have a conference that’s worth every penny.

TechWeek has had some huge names attend as speakers in the past, including Tinder co-founder Jonathan Badeen and Square co-founder Jim McKelvey.

This is the conference of the prominent social media site Social Media Examiner. It’s currently the world’s biggest social media marketing conference. You’ll connect with 3000 other people, including startups, to listen to 100 social media pros talk about how to drive traffic to your website via social media and convert them into paying customers.

The lineup for 2016 is huge, with figures including Facebook marketer Mari Smith, Guy Kawasaki who was formerly associated with Apple, and NYT best-selling author Chris Brogan.

This conference has gained a reputation for being special because it brings together people who are just getting started with people who are already well established. Many of the CEOs here were once leaders of the hottest startups in the world, before they became established. Notable investors are also known to attend.

Some of the speakers for this year include Steve Huffman, the founder of Reddit, and Linda Boff, the CMO of General Electric. And with every year the list keeps getting more and more glamorous. This is one of the most important startup events and should be on everybody’s list.

On a side note, this is held on either side of Jazz Weekend in New Orleans, so it’s also the perfect time to take in some authentic American culture at the same time.

The mission of the 99U conference says everything that needs to be said. It’s designed to shift the focus from generating ideas to executing ideas. In other words, you are going to learn about the value of taking an idea and actually acting on it. This is about making things happen, which many startups are guilty of not doing.

The setup here is almost intimidating as 16 main stages are erected in New York City for speakers who will show you how you can go about making things happen. They will use their stories and their experiences to help inspire and form startups like yours.

Previous years have included talks by Seth Godin and Leah Busque. This year AJ Jacobs and Brene Brown will be presenting.

Omaha, Nebraska, may not be the place you thought you would find a big startup conference. On the contrary, this is the startup conference that’s all about passion. Instead of bringing people to the glitz of New York, it’s about attracting startups that are passionate about changing the world and making successes of themselves.

The main themes engulfing this low-cost conference are collaboration and connection. It’s one of the smaller and more affordable events, so if you want to find out how to best harness your passion this is most certainly the conference for you.

Speakers that have attended Big Omaha before include Jamie Tworkowski and Brad Feld. Speakers like these are responsible for bringing a passionate community together.