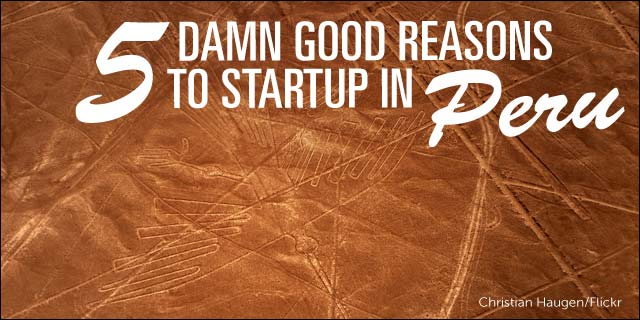 Chile, Brazil, and Mexico: the top three countries constantly mentioned when the conversation turns to successful startup ecosystems in Latin America. In recent months, there has been some buzz around a growing entrepreneurial scene in Lima, Peru. In a recent visit to the office of Wayra Peru, I was convinced that there is more to the rumors, and that Peru's startup scene is something to look out for. Here are some reasons why you should startup in Peru:

When a new startup ecosystem is being created, the opportunities are endless. Peru is developing a public support mechanism for startups, which includes Wayra Peru. The accelerator has played a key role in creating a positive impact in the local startup scene. According to Luis Alberto Lira, Wayra's business analyst, Wayra Peru had over 1,217 applicants in the first year alone. This is the third year of their program in Peru.

“Three years ago when we first launched in Lima, there weren’t any accelerators to provide entrepreneurs with the seed funding, but also the mentorship necessary to develop their idea,” says Lira. “Many of the Latin American entrepreneurs had to go to Silicon Valley to find the investment.”

Wayra has been responsible for turning startups like Cinepapaya and PlazaPoints into successful stories and is one of the first organizations to help catalyze support for local entrepreneurs. Peru has seen an increase of initiatives to make seed funding and mentorship accessible to local startups, such as Startup-Peru, Lima Valley, and Startup Academy. 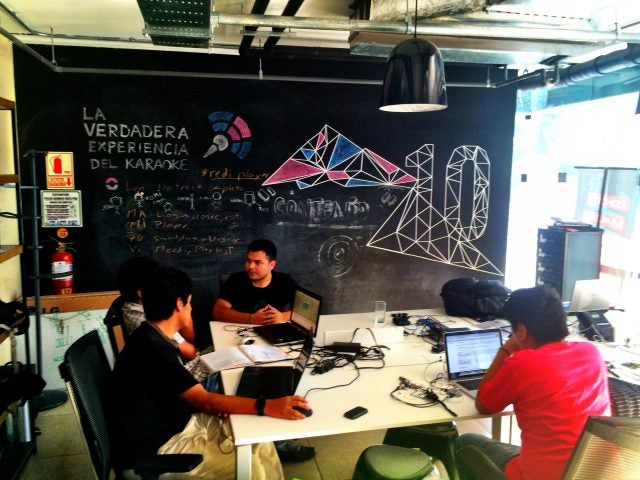 The country is enjoying a virtuous circle of economic growth. According to The Economist, Peru has had eight years of growth averaging 7% a year – faster than anywhere else in Latin America except (much smaller) Panama. From guano in the 19th century to copper and gold today, Peru has long been known as a commodity exporter. With more investments coming into the country, more funds are being invested in various sectors within.

“[There are] funds to finance research, prototyping, trial and error – and with the resilience to failure, plus the inspiration of a few success stories, more entrepreneurs in the ecosystem are eager to venture and share their passion with the market,” says Gary Urteaga, cofounder of Cinepapaya.

Startups need appropriate forms of finance for each stage of their development, and Peru continues to develop a public support mechanism for startups. As briefly mentioned above, Wayra has generated considerable stimulus in the country in supporting young entrepreneurs as part of its open innovation strategy. For example, the government announced a budget of $20 million for the Startup Peru Program. The program is part of the Ministry of Production in collaboration with the Inter-American Development Bank awarded by their Science and Technology Program (FINCyT) aimed at supporting high-impact entrepreneurs to venture and execute their tech-based innovative ideas.

Start-Up Peru is looking to the success of both Start-Up Chile and Start-Up Brazil, where entrepreneurs and incubators receive funding to foster the startup ecosystem. 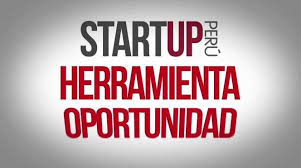 Peru is strategically located between Colombia and Chile in the Pacific coast, and business transactions between the three countries are smooth and fruitful. For startups in Peru, this means that entrepreneurs have the possibility to focus on the region’s larger market. One of Peru's startup success stories, Cine Papaya, raised funding from 500 Startups and has operations in Peru, Colombia, and Chile. The company allows people to buy movie tickets online and on their mobile, very similar to US-based Fandango. In a recent interview, 500 Startups’s Bedy Yang explained why Cinepapaya may be the first of many investments in Peruvian startups:

“…what really excited us at 500 Startups was that they are targeting the Andean market. Chile, Colombia, and Peru combined have 100 million people and through last year’s integration initiative, these countries are listed together on stock exchange Mercado Integrado Latino Americano [MILA], becoming the second largest regional stock exchange,” said Yang.

When asked about the decision to start Busportal.pe in Lima, French entrepreneur Carol Riboud quickly responded, “I love to surf and Peru has the best waves.”

Lima offers entrepreneurs a great lifestyle with a low cost of living. According to comparative statistics, rent in Lima is 76% lower than in San Francisco.

A meal at a mid-range restaurant is 55% lower than in San Francisco. Lima has become a gastronomic mecca. There is nothing like it. For those who haven’t experienced Peru’s cuisine, I strongly suggest you find the nearest Peruvian restaurant. You will thank me later.

As in many other cities, starting in Peru isn't easy. There are clear disadvantages, but it's about weighing the pros and cons and giving it a chance. As Peruvian cofounder of Joinnus Carolina Botto explains:

“We [entrepreneurs] believe that Peru is becoming a digital hub and slowly people are getting used to doing everything online or on their mobile. We are growing and everything is just starting.”