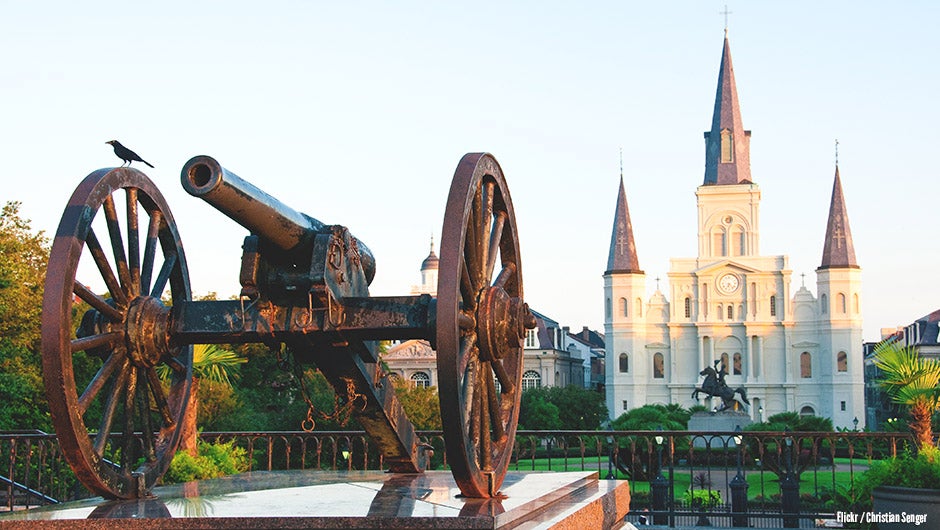 This week is New Orleans Entrepreneurship Week, an eight-day-long event dedicated to highlighting and celebrating the quickly-growing startup scene in New Orleans, LA. Featuring more than 120 showcasing companies and speakers such as Reddit cofounder Alexis Ohanian, AOL cofounder and Revolution chairman and CEO of Revolution Steve Case, and GE chief marketing officer Linda Boff, the event marks New Orleans's increasing significance in our startup discourse. As part of this, NOLA-based Launch Pad announced the 24 startups from across the country that will be competing in the Launch Pad PITCH competition during this year's Collision conference.

The 24 high-potential startups that will compete in Launch Pad PITCH come from eight cities, including Birmingham, AL; Buffalo, NY; Charleston, SC; Nashville, TN; New Orleans, LA; Pittsburgh, PA; Raleigh-Durham, NC; and San Antonio, CA. These eight cities represent some of the United States's fast-growing and often-underrecognized startup ecosystems.  Indeed, most have been stops along one of Steve Case's Rise of the Rest tours. “I don’t think we’ll remain the most innovative and entrepreneurial nation unless we’re building and investing in entrepreneurial communities across the country, not just in a few areas,” said Case in a statement. Launch Pad CEO Chris Schultz added:

“We know there are rising markets where founders are building meaningful companies. To help us identify the right markets, we partnered with Revolution and Venture for America, both organizations who know the value of the emerging startup landscape better than anyone else in the US.”

The 24 startups chosen to compete in Launch Pad PITCH will compete to advance to the semi-finals of the Collision PITCH competition to present in front of thousands of attendees, hundreds of investors, and media. The startups that will be competing in Launch Pad Pitch include:

Launch Pad PITCH will take place at Collision 2016 in New Orleans from April 26 to April 28.