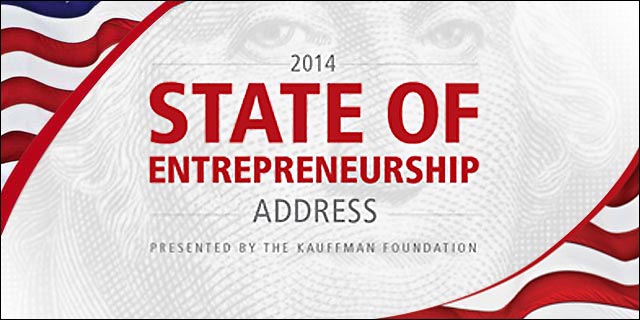 The Kauffman Foundation presented its fifth annual State of Entrepreneurship address Wednesday, and the message was clear: New business formation has decreased significantly during the recent recession, but we have several tools at our disposal to get the economy back on the right path quickly.

While new companies have been created, Kauffman Foundation CEO Tom McDonnell doesn’t believe they have necessarily benefitted the economy the way new businesses should.

“The types of new businesses being created over the last several years have not necessarily been the kind of dynamic, high-value firms that generate large numbers of new jobs and groundbreaking innovations,” said McDonnell. “We need business builders, not business flippers.”

The Foundation’s annual State of Entrepreneurship report, which was published Wednesday, introduced three practices that could maximize the economic benefits generated by new business formation.

1. Immigration Reform:  Research shows a strong propensity of immigrants to start new companies that are both high-tech and high-growth. However, legal barriers prevent many of these potential job creators from moving here. We need to develop new pathways for immigrant entrepreneurs, for example, by creating a new “Startup Visa.”

2. Crowdfunding: While the SEC has been working on JOBS Act implementation rules that include crowdfunding, it needs to put a higher priority on capital formation and allow greater access to crowdfunding for startups.

While entrepreneurs continue to innovate, it will be up to all of us to determine how well their efforts impact our economy. Untangling the limitations that currently keep many startups and would-be entrepreneurs tethered will be key to getting out of this recession for good. As McDonnell said, “Our economy needs to be recharged with the engine of entrepreneurship.”