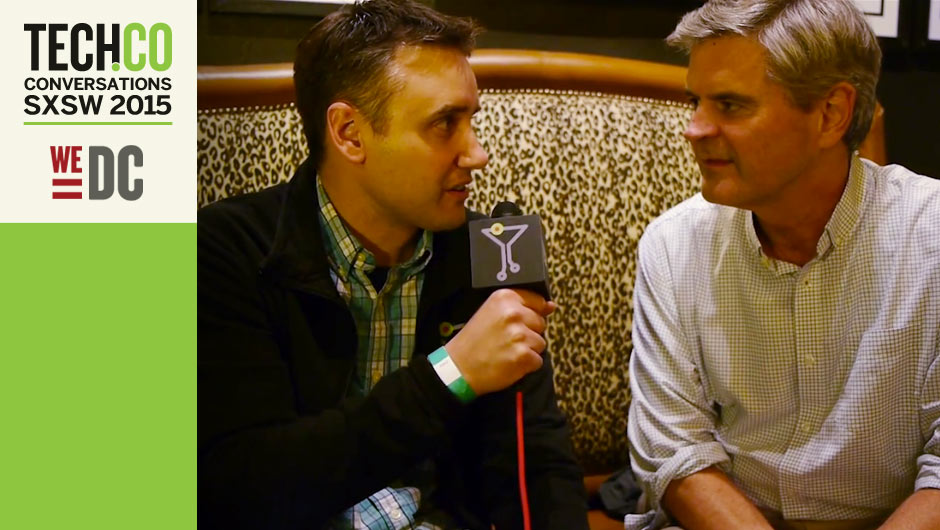 On Monday, Steve Case announced that he is set to go on a third Rise of the Rest tour which will go through some of the most vibrant startup ecosystems in the American south: Richmond, VA; Raleigh-Durham, NC; Charleston, SC; Atlanta, GA; and New Orleans LA. Prior to that announcement, though, Case actually joined us at SXSW on Sunday to share with us the details beforehand, and to talk a little about his theory surrounding the “third wave” of the Internet.

“I think there's another wave of Internet companies breaking,” says Case. “But [this] third wave, I think, is going to be about integrating the Internet more seamlessly and pervasively into everyday lives – like healthcare and education, food and energy, and transportation.”

According to Case, we've gone through to major waves or phases of the Internet. The first was during the age of AOL – between the years of 1985 to about 2000 – when the whole goal of people and companies was to build the Internet itself; it was period focused building this infrastructure and getting people to be aware that the Internet actually existed. The second wave is everything that's been happening in the past 15 years, where the focus has been and is on building on top of that Internet infrastructure – creating apps and services like Facebook or Snapchat. Case predicts that the third wave is focused on integrating the Internet into our everyday lives; furthermore, he believes that the Rise of the Rest is essential to making that third phase happen.

This will be Steve Case's third Rise of the Rest Road Trip. The first trip took place last June and went through Detroit, MI; Pittsburgh, PA; Cincinnati, OH; and Nashville, TN. After the success of that first trip, Case then went on a second trip through Madison, WI; Minneapolis, MN; Des Moines, IA; Kansas City, MO; and St. Louis, MO. According to Case, while it's certainly great to celebrate the things happening in Silicon Valley and New York, we can't ignore the great things happening in the middle; indeed, he notes that 75 percent of all Fortune 500 companies are located there, and establishing partnerships with these large companies will be essential throughout the development of the third wave of the Internet.

Watch the video below to see what Steve Case has to say the third wave of the Internet and why he thinks that it will converge with the Rise of the Rest: