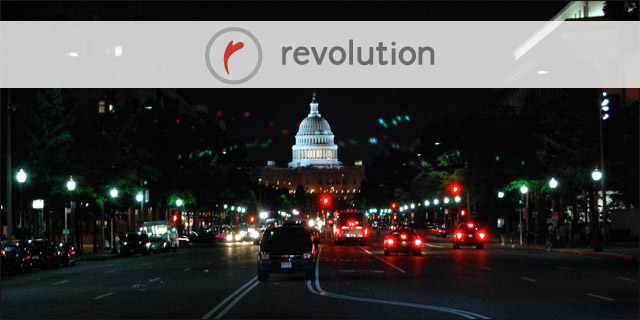 Steve Case and Ted Leonsis, the pioneering founders of AOL, want to give back to the community that played home to their media enterprise's early success.

Frustrated by local businesses having to look toward Silicon Valley for the financial assistance necessary to grow, Case, Leonsis, and partner Donn Davis have raised enough capital to start a $450 million fund for Washington, DC-based businesses. The Revolution Growth Fund will file papers with the Securities and Exchange Commission later today.

DC lacks the funding necessary for businesses to break it big – investments requiring $25 million or more. This is the sort of capital necessary for a business to go from double digit to quadruple digit employees. The Revolution Growth Fund aims to fit this bill.

Before the 2000 dot-com bubble burst, Washington, DC was a technology hotbed.  Since then, it seen many of homegrown businesses either dissipate or take their headquarters elsewhere, most notably AOL. The trio hope to restore the DC area back to the glory days of the late '90s. “We want to make it easy for companies to get started here, and particularly to stay and expand and grow while being headquartered here,” says Case.

Still, there remains a gap in financial assistance for the early stage startups. Although it may be relatively easy for a new venture to get the $20,000-$50,000 necessary to get their wheels in motion, getting the next $500K – $2 million can be a more challenging task.

Hopefully the new fund will not only be the catalyst to spur the next LivingSocial or Clearspring, but to take it to the next level. Will one of the start-ups showcased at Tech Cocktail's DCWEEK Mixer eventually be the beneficiary of Revolution Growth? Time will tell.

Let us know in the comments below what impact you think the Revolution Growth Fund will have on DC.