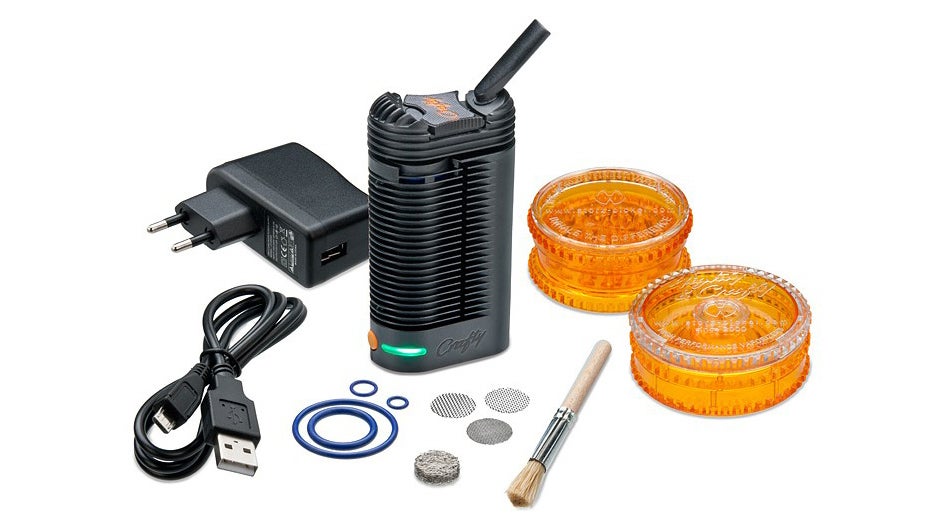 There are plenty of people who legitimately think that it’s the one of the best pieces of vaporizer technology that’s ever been made. It’s difficult to argue with that given that Storz & Bickel have been able to stay on top of the market with sustained, strong revenue streams since 2000.

Given the recent trends towards portable vaporizing though, the company knew they’d have to offer a suitable product to stay at the top of the food chain. They came up with the Crafty Vape that mirrors all of the great things about the Volcano but with the added bonus of portability.

Now, a lot of times with these portable vaporizers companies will buy cheap, bulk product from China and refashion it to fit their brand. It’s not always a good thing, but it’s also not bad because some companies take the time to build better atomizers and heating elements.

That in and of itself won’t sink a brand, but the aesthetic absolutely will. And that’s the problem with a lot of current, portable vaporizers: they all look the same.

Case in point, High Times’ July 2015 issue ran over 100 portable vaporizers through a gauntlet of tests to determine the best ones. A lot of the top candidates look eerily similar except for a different color or logo here or there.

However, the Crafty Vape is one of the few that breaks the mold and stands out from the crowd. Oh, and it was ranked number one on the list of vaporizers for flower.

Sure, the thing looks like a small Black & Decker power tool (which I love). It says a lot about Storz & Bickel’s commitment to brand design though. Traditionally all of their products look a bit industrial or bland, but that’s because they’re all about the mechanics and technology.

In fact, the majority of the Crafty Vape’s body works as a pseudo heat sink that allows for a cooler vapor for longer periods of time. The body might not fit your personal fashion style, but you absolutely have to respect that it’s got a custom touch to it.

You also have to respect their foresight in developing the technological side of the vaporizer. Storz & Bickel actually embedded Bluetooth technology into the Crafty Vape that you can pair to a corresponding iOS or Android app on your smartphone.

From there you can actuate the temperature, check the battery levels, adjust LED and haptic feedback settings, and get all the logged data surrounding your usage. If you’re without phone you can still use it though and fall back on the manual controls via the power button. 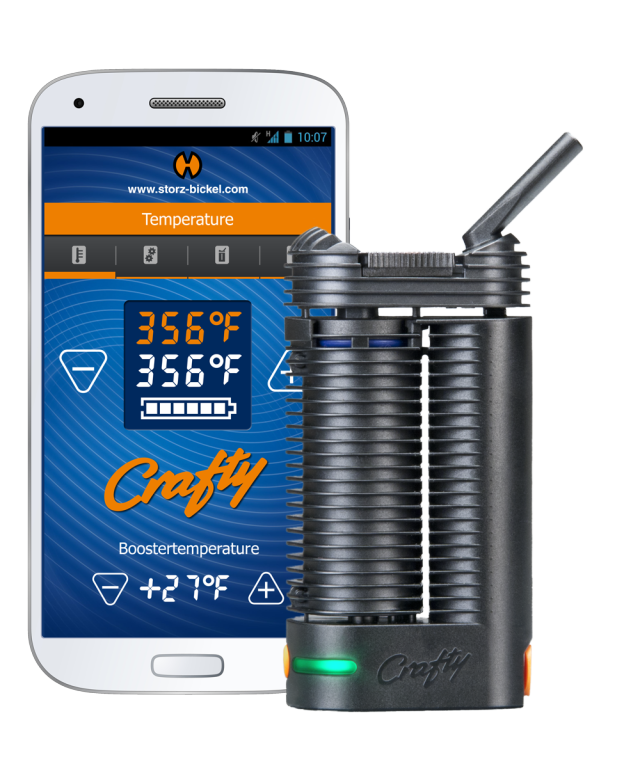 Arguable the most important part of the whole Crafty Vape, the heating element is also spot on. It was built on convection heating technology that provides a near-immediate and continuous vapor, which according to High Times is one of the biggest consumer “wants”.

Some companies and brands ask for your loyalty, but there are fewer out there who deserve your loyalty. The Crafty Vape is the embodiment of Storz & Bickel’s commitment to always deliver a solid product to the consumer. There's also a bigger brother of the Crafty Vape, the Mighty Vaporizer, that's equally as awesome.

What that means for you, is that you can rest easy know it will just work. Surprisingly, that’s a tough thing to come by in this industry more often than not.