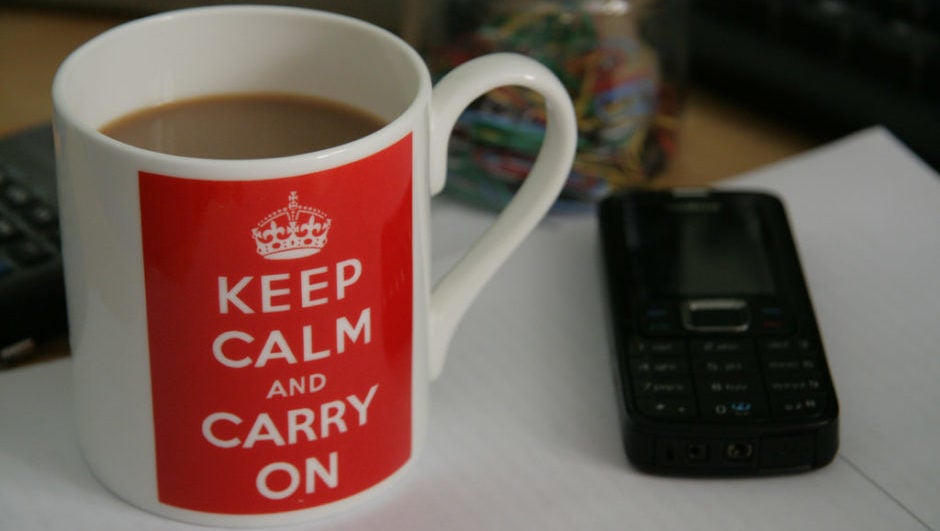 There's nothing scarier than asking for advice at a new job. You're afraid your coworkers will think you're stupid. You're worried your boss will stop giving you good assignments. You're even concerned that your dad will somehow find out and make fun of you at Thanksgiving for not knowing how to work a copy machine. But, according to research for the Harvard Business Review, none of that is even remotely necessary. Particularly the stuff about your dad.

The information was revealed in an interview with Francesco Gino and Alison Wood Brooks, both students at Harvard Business School. They explained in depth that most of our preconceived notions about asking for advice are not only wrong, they're detrimental to our professional careers.

“So this belief that if you go to ask for advice from someone they’re going to think you’re incompetent and you can’t complete the task on your own is misplaced,” said Brooks in the interview. “In our studies, we had people ask advisers for advice or not, and it turns out our lay beliefs are completely wrong.”

Because it's so difficult to think of anyone but yourself in these high stress situations, new employees rarely think of how receiving a request for advice would feel to another coworker. The answer, of course is that it feels good! Knowing that someone values your opinion is not only flattering, it also makes you want to work with that person more and more.

“This is because being asked for advice is flattering, it feels good,” continued Brooks. “They’re asking for my advice because they think I’m smart and I know the answer, and I think they’re smart because I’m actually going to tell them things that will be useful and help them do the task better.”

You might be jumping with joy at the prospect of asking your boss about how to work the company fridge. But be wary. Unlike kindergarten, there is such a thing as a stupid question. And the last thing you want to do is start your work relationship off by looking like a dummy who doesn't know how an ice maker works.

“There is such a thing as a dumb question,” said Gino in the same interview. “So, what we did in our research, look at situations where the task is really, really easy, and you ask for advice. Those are the cases where you don’t see that boosting competence, so you shouldn’t be asking.”