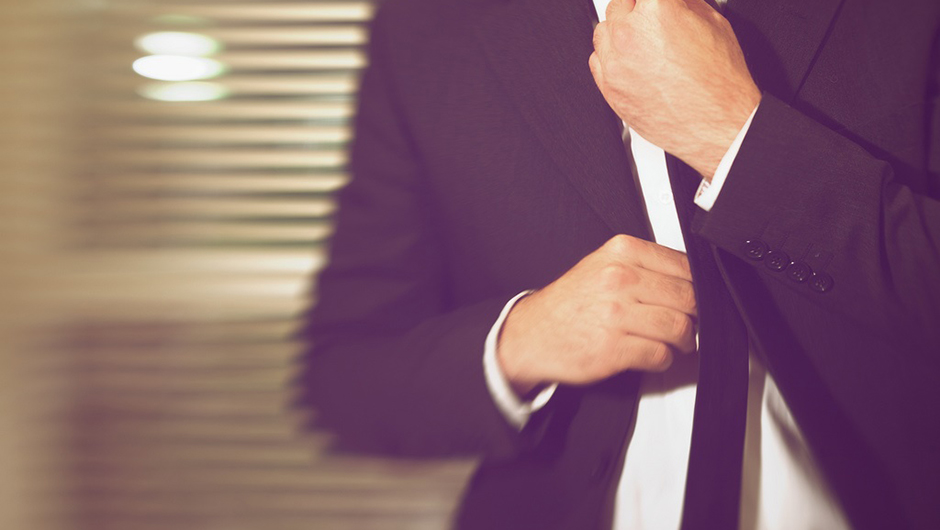 Where did the idea of professionalism, leadership, and corporate power as expressed through the business suit first develop? Who was responsible for popularizing the look and the expectation of the well-dressed businessman, tying a man’s success with how he dressed? We’ll take a look at the history and evolution of the power suit. 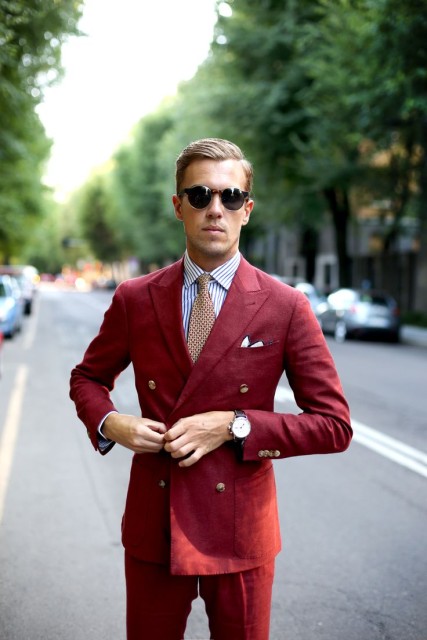 The first business suit actually originated around the First World War, where politicians and dignitaries donned tapered black jackets with tails, white dress shirts and black ties. By the 1950’s the men’s suit had lost the tail (except for luxury formal events) and a shorter waist, straight leg pant style became the norm.

How the Power Suit Ideal Was Born

You can thank one of the of world’s most famous apparel designers for introducing the concept of the “power suit” to the global market. Giorgio Armani popularized the tailored suit for both men and women in the early 1980s when economies were thriving. The suit in that era featured extra wide lapels and exaggerated padded shoulders, which were thought to be a sign of wealth and opulence.

Armani supplied suits for the iconic film “American Gigolo” in 1980, which was written by Paul Schrader. The film featured actor Richard Gere in front of his executive closet, dancing with shirts and jackets and ties, selecting his corporate look. The film became an overnight success, catapulting Giorgio Armani to international fame as an apparel designer, but also gave birth to the first mainstream acknowledgement of the value of a ‘power suit’.

Later in 1982 Giorgio Armani was featured on the cover of Time Magazine, and actively approached both film studios and well known celebrities to wear his apparel, setting trends through actors, musicians and eventually political and industrial leaders. Anyone who was anyone learned to wear a custom tailored designer suit to command respect and attention at the office, or public events.

How the Suit Defines the Man

The intention of a well-dressed man is to aim for professional or personal success. Individuals who are fortunate enough to have careers that require business attire express a number of things through the type of clothing their wear. Right or wrong, both men and women are judged and awarded merit for their appearance, and the quality of clothing that they choose to wear for business or casual.

For men, the power suit embodies confidence. A man that is comfortable in a quality suit is someone who has experience and the ability to lead others in a position of authority. A high quality suit or expensive one is even more effective at punctuating positive attributes for the wearer; the more successful you are, the more expensive the suit. It is a mark of affluence and good taste, as well as accomplishment in business and life.

What is fascinating from a psychological perspective is that the power suit has the ability to transform someone who may not have the same experience or leadership attributes into an authority figure. There is a reason that men who intern or begin their careers consistently choose a suit as the appropriate attire for a job interview; it makes a quality impression.

The phrase “Do you wear the suit or does the suit wear you?” hints at the value of ensuring that the power suit is tailored to fit appropriately for full effect. It makes the wearer feel powerful as the world perceives him to be of a higher value and importance, because he is wearing a suit.

Feeling powerful is the first step to developing the confidence and momentum to act in a strong, confident and empowered manner. The suit fits figuratively speaking in more ways than one, and when a man wears a fitted suit and feels good about himself, he can do almost anything.

If you are new to buying business apparel, discerning between a power suit and a standard suit may seem a little confusing. Both are more formal attire, but there are markers of quality and design that help to separate the power suit from everyday styles. It is all about achieving the right look.

A quality power suit can feature pinstripe patterns, but modern suits have a lower profile shoulder shape and padding. Unlike the 1980’s style, the idea is to look sleek and elegant while profiling a clean line through the neck and shoulders, without the appearance of bulky “football” like padding. Pair a pinstripe suit with a plain shirt and a pattered tie or monochromatic colored shirt and tie combination for a polished look.

There is no such thing as an “off the rack” power suit; it has to be fitted. A tailored jacket that fits well in all the right places, coupled with quality pants that are custom made to the right length creates the look and feel of authority. It is the kind of look that turns heads and commands respect.

Online retailers of fitted men’s apparel are becoming more common as business men prefer the convenience of ordering online versus shopping onsite for professional outfits. Whether you are an intern or a seasoned professional who is looking for new wardrobe tips, you can get plenty of inspiration for fashionable suit styles on television or from retro hit shows like “Mad Men” to “Suits” and thanks to popular movies like “The Wolf of Wall Street” the power suit has never been more popular and affordable.

Brian Zeng is the Head of Marketing and Public Relations at OwnOnly.com which is a new-age online apparel store offering customized suits, shirts and blazers for the modern man.