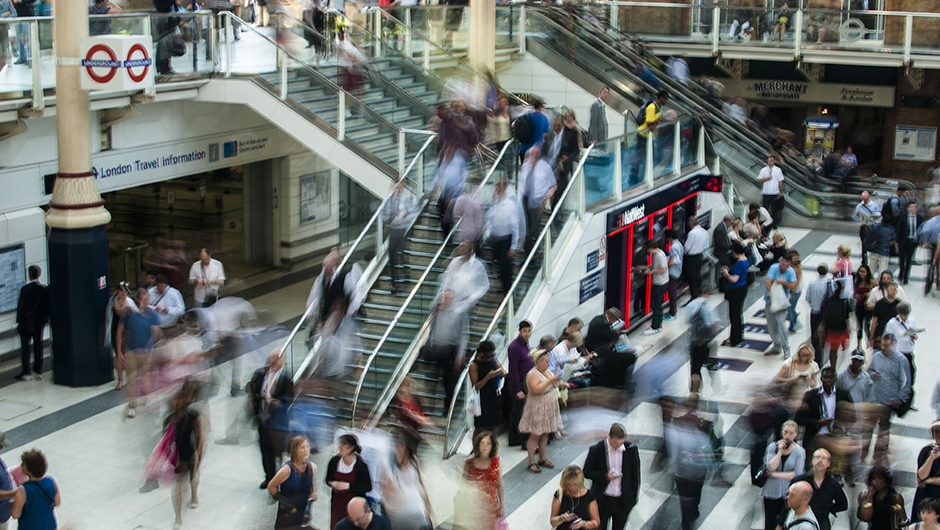 There’s a reason the media can’t stop talking about sharing economy and logistics companies. The sharing economy generates $15 billion in global revenue, and it’s on track to reach $335 billion by 2025.

The sharing economy is about more than getting a cheap place to stay or renting your neighbor’s leaf blower. At its core, it’s about using resources more efficiently and effectively — most commonly by reintroducing idle resources to the economy and monetizing ownership.

Platforms such as RelayRides, for instance, transform consumption goods into production goods. Rather than own a car and use it only when you need to drive, you can share it and earn money when it would otherwise sit in your driveway.

1. Break your tasks down.

In production — the creation of more value with the same resources — you’ll encounter standard tasks. If you replace these with separate “split” tasks, you can increase efficiency by narrowing the focus of the tasks.

This is simply the division of labor and capital, which is implicit in all innovation. It creates new competencies by splitting old tasks into new specializations. Split tasks are also more conducive to sharing between production processes.

Take Amazon, for example. The company partnered with TaskRabbit to split the task of home services into several separate components. TaskRabbit already provided a more fine-grained division of labor by letting one customer do a task for another. This added more to the value chain, allowing for specialization at every step.

It seems counterintuitive, but the most direct path to production can inhibit efficiency. The sharing economy is a great example of this, adding intermediaries to facilitate shared use of resources and increased throughput.

Consider the fast food industry, from McDonald’s to Chipotle. Their ability to quickly serve customers is based on replacing a standard service with a roundabout process: Instead of a chef, they utilize a process of more specialized tasks in food production that allow for greater throughput in shorter times.

3. Gather feedback — and apply it.

The direct route to production is crowded with competitors, and it limits innovation and customization by adopting standardization. By splitting standard tasks into several separate tasks, you can give customers more choices along the way — improving the end product and increasing its value.

But creating value isn’t enough — it must also be of real use. The sharing economy produces knowledge about real value by displaying ratings of both producers and users. These ratings underscore the true quality and availability; without the continuous creation and sharing of information, resources would remain idle.

Take Threadless, for instance. At first glance, the company looks like just another T-shirt retailer, but it’s actually a community-driven design platform. Artists submit their designs, and users vote on the ones they like best. The winning designs are printed and sold with a much higher perceived value than a T-shirt brought to market the old-fashioned way.

Offload repetitive tasks by automating them with machines, IT and outsourced services. It should have surprised no one that the sharing economy started online using advanced matching algorithms. It’s not only about the Internet’s lower cost of transacting, but also the value of automatic processing.

With great B2B tools available today such as Salesforce and Braintree, there’s no need to micromanage every aspect of your business. It may seem risky, but you can lower your costs and leverage your business by exploiting what’s already offered in the market. Each company specializes in a certain area, enabling you to focus on your business’s specialty.

Sweeping economic improvements don’t come from the discovery of new resources or the production of more stuff; they occur when people find better ways to use existing resources. That’s what the sharing economy is all about. By making strides to specialize, you can improve productivity, increase your offering’s value and eliminate inefficiencies in your business.