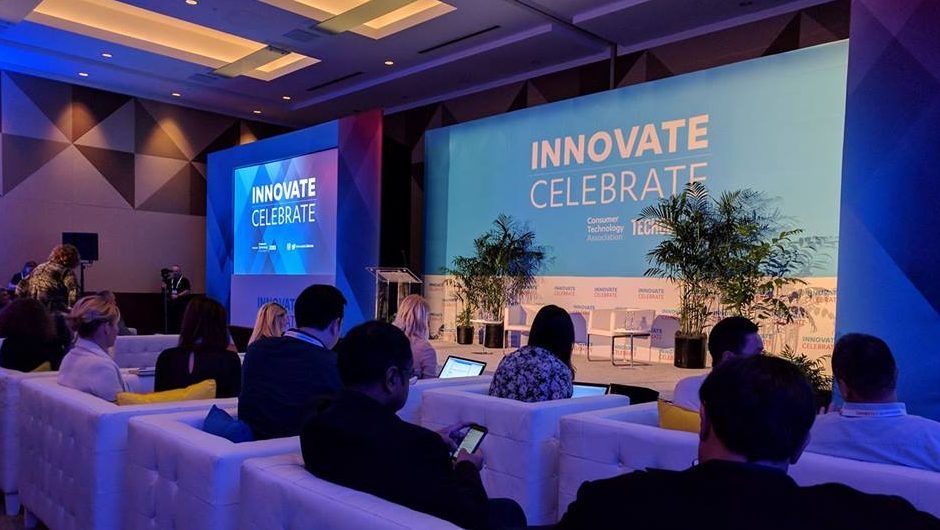 You may have noticed that we recently threw a tech conference. I mean, we've only been talking about it nonstop all week. It's over now, but thanks to the wonders of modern technology, we still have a final post that you'll want to check in on. We've filmed the majority of the events, from panels with investors and sports pros to talks from a Homeland Security expert and Intel exec to award-winning pitches from our Startup of the Year finalists.

You've read some coverage of the event already. Now take a look at everything you may have missed.

Holly Liu, cofounder and chief of staff at interactive entertainment company Kabam, took to the stage to discuss the hottest mobile tech trends. When it comes to Innovate Celebrate speeches, it's hard to top a subject matter expert talking about their trade.

A Fireside Chat With the CTO of Homeland Security

The Best Pitches for Startup of the Year

That's right, now that the whole thing's over I can point you to the empirically best business pitches that graced our halls at the three-day San Francisco event. And it wasn't easy to get to this point: We had to sort through nearly 1,000 startups to hit our 100 semifinalists, and these two pitches were at the very top of the pack. First, our runner-up, women's wellness startup Unbound, followed by our first-place winner, health tech startup Oska Wellness.

Unbound pitching for a panel of judges in hopes of becoming the Startup of the Year at #InnovateCelebrate !

Oska Wellness pitching for a panel of judges in hopes of becoming the Startup of the Year at #InnovateCelebrate !

Those judges from the above video — all esteemed in the tech community — stuck around to answer a few questions from our Innovate Celebrate attendees. As you can probably guess, we got it on video. Watch below for insight and advice from these VCs: Eric Bahn, general partner of Hustle Fund; Mayra Ceja, principal at Social Starts; Erica Duignan-Minnihan, managing partner at 1000 Angels; Christine Herron, managing director at Intel Capital; Gary Shapiro, president and CEO of CTA; and David Wu, general partner at Maveron.

Our panel on tech innovation in the sports industry was stacked with heavy-hitters: Check out Portia Blunt, ‎Sr. Digital Sport & Wearables Innovation Manager at New Balance; Brano Perkovich, Chief Investment Officer of the San Francisco 49ers; Mounir Zok, Director of Technology & Innovation for the US Olympic Committee; and four-time ice hockey Olympian Angela Ruggiero, whose list of accolades literally fills its own article.

Talking the Future of Sports at #InnovateCelebrate

And the Winner Is…

Hey, we just have to post this video again: Relive the moment when we officially crowned our Startup of the Year 2017.