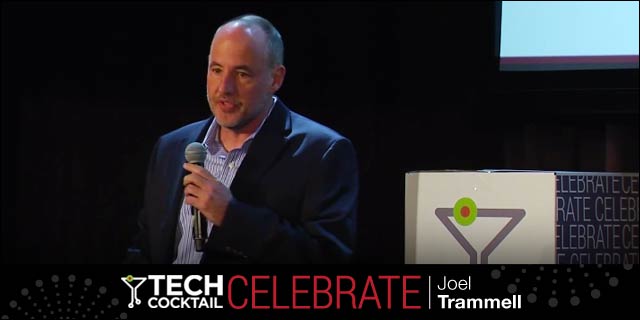 At this year's Tech Cocktail Celebrate, Joel Trammell took some time to speak to attendees about what it means to be CEO. Specifically, he talked about how a startup founder transitions from being merely another player on the team to becoming the leader of great company. For Trammell, he compares the job of CEO to that of a head coach position at a major sports program, and you need to be prepared to take on the role and ensure that your company continues to perform well.

“A lot of people can do very well at the lay-the-egg and project manager stage because it's familar to them – it's things they've done before: they've built products before…but not a lot of people have experience in the CEO job,” said Trammell. “Most CEOs are first-time CEOs – it's like being a head coach at a major university – you have one shot at it.”

Trammell is the founder and CEO of Khorus, which provides management software for CEO's to help them align employees to corporate objectives and deliver high company performance, as well as the author of The CEO Tightrope. And for Trammell, the platform is the cumulative result of his past successes as CEO, and his own transitions from founder to CEO. He previously served as CEO of NetQoS, which he cofounded and grew to $6o million in revenue until it was acquired in 2009. He also served as cofounder and led CacheIQ, which sold for $100 million in 2012.

According to Trammell, startup founders are really good at the early- and mid-stages of a startup where the focus is on laying the groundwork or scaling the business, but when they arrive at the point at which they need to deliver returns to shareholders, founders need to learn how to quickly adapt to the role of CEO. Much like the head coach of a sports program at a major university, the CEO must first own the vision or strategy – really leading the direction for the company or the team. The CEO must also be able to provide the proper resources, build a culture, make good decisions, and then deliver optimal performance.

Listen to Joel Trammell of Khorus go into further detail about the transition from founder to CEO in his Tech Cocktail Celebrate presentation. Here's the video: