Friday was our second day of inspiring lightning talks at Tech Cocktail Week, following a lineup of 10-minute talks Thursday from the likes of Aziz Gilani, Cathy Brooks, and Michael Tchong. The talks kicked off with Andy White, a partner at VegasTechFund, talking about community and connection. People from across the country are visiting downtown each week – seeing Las Vegas outside of the strip – and Vegas tech prides itself on helping people make genuine connections. With such a small community, it’s possible to cultivate real, lasting relationships. 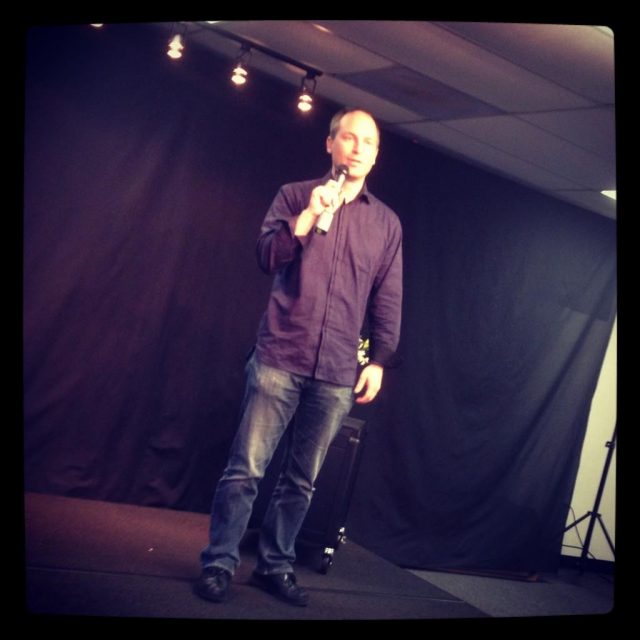 Next up was Cathy Brooks, storyteller extraordinaire and founder of Other Than That and Story Navigation. She announced that she’ll be moving to Las Vegas to open a dog day care park and boarding facility next year. To get there – a big departure from her past in the tech world – she spent a summer saying yes to every conversation, exploring possibilities. “I allowed myself to sit in uncertainty,” she says. In fact, her New Year’s resolution is to embrace uncertainty. 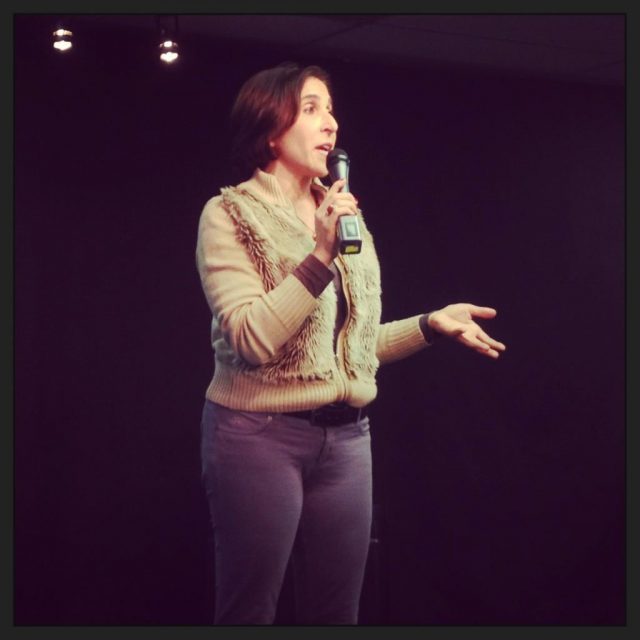 The talks continued with Sloane Davidson, the SVP of digital marketing at Lippe Taylor. Lippe Taylor is a marketing and communications agency targeted at women consumers. Davidson talked about how to “give back” as an individual and a company. She learned that you can start small – you don’t have to be donating tons of time or hours to a cause you’re incredibly passionate about; instead, you can start with small amounts and a variety of causes. She also encourages people to figure out how much they want to invest, and what return they’re looking for – even if they’re just doing it for altruistic reasons. 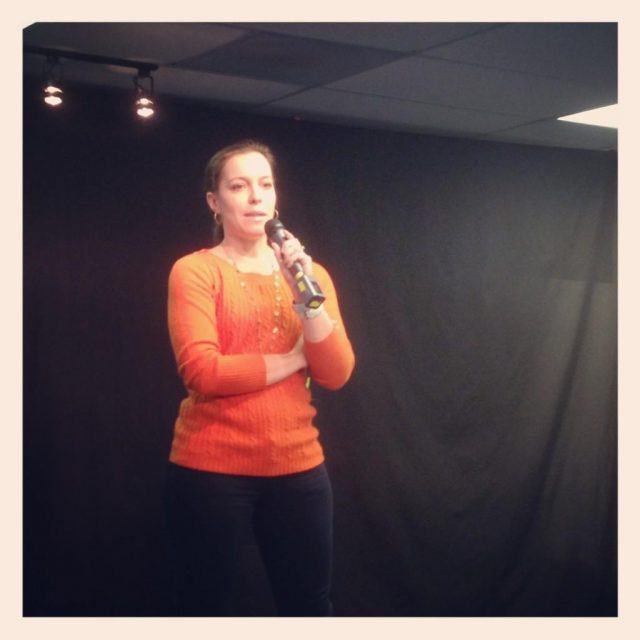 Evan Burfield kept the momentum going with his 10-minute talk. Burfield wears a variety of hats, including chair of Startup DC, cofounder of Hallway, and founder of Synteractive. He started off with a paradox: our life as a consumer has improved manyfold over the past decade with all the new technologies, but our life as a citizen still sucks. The United States has made valiant efforts in sectors like education and health care, but the results are disappointing. To help solve this problem, Burfield is building the 1776 campus in Washington, DC. It will be a hub for startups and innovators, including Hub, Springboard, and local startups. It will also be a place where corporations and policymakers can come to understand what’s going on in the technology industry. By connecting the two worlds, he hopes to help entrepreneurs build better solutions, and policymakers to help clear the way for them. 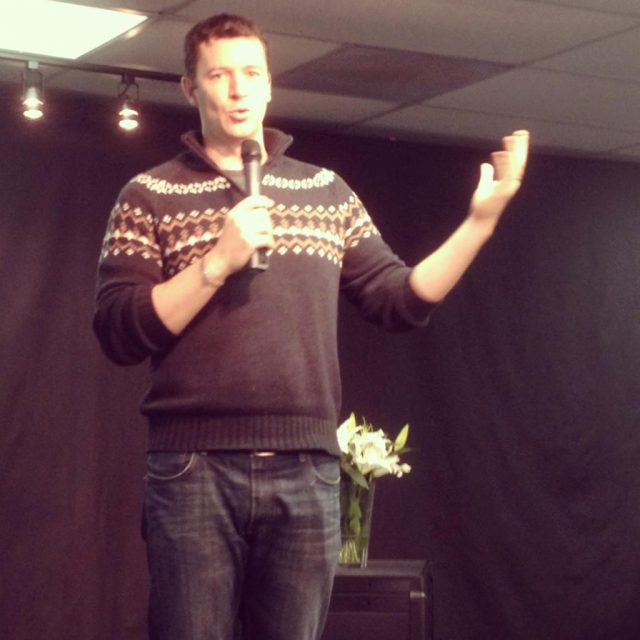 Next was the bubbly Sarah Austin, star of Bravo’s Startups: Silicon Valley show and creator of Pop17. She spent Thursday walking around the streets of Las Vegas, talking to locals to see what they thought of the Downtown Project. She was pleasantly surprised to hear a lot of support. Then she dove into three myths of personal branding: it’s just for celebrities, it’s just for community leaders, and it takes so much time. “Don’t be shy,” she said. “Get out there. Start your personal brand today.” 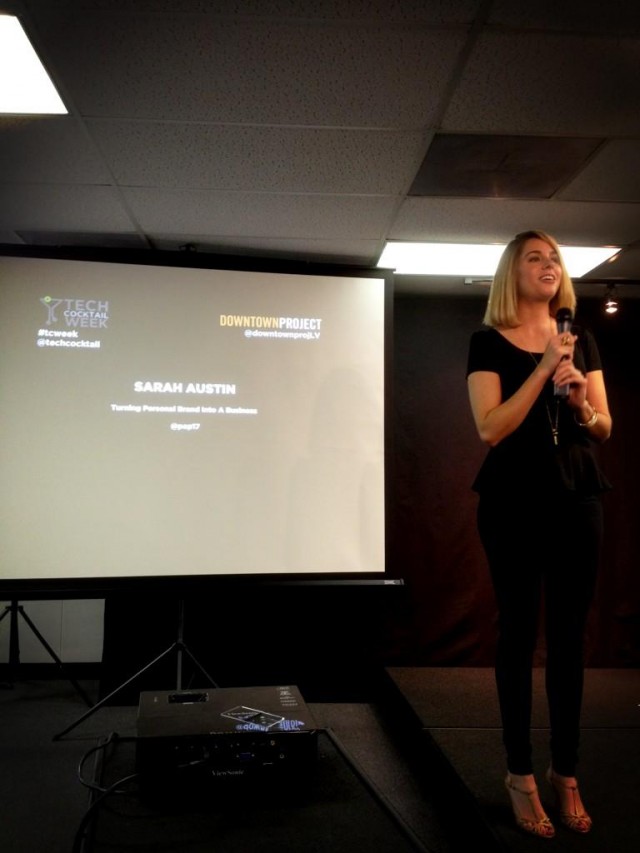 Tim Wolters, cofounder and CEO of RoundPegg, took the stage next. Since his colleague Natalie Baumgartner talked Thursday about RoundPegg’s approach to company culture, he focused on some lessons learned from the bumps and fumbles in his entrepreneurial career. Among them: don't waste your time, take meetings with people, don't make deals that will haunt you later, and do ask for money (when the time is right). 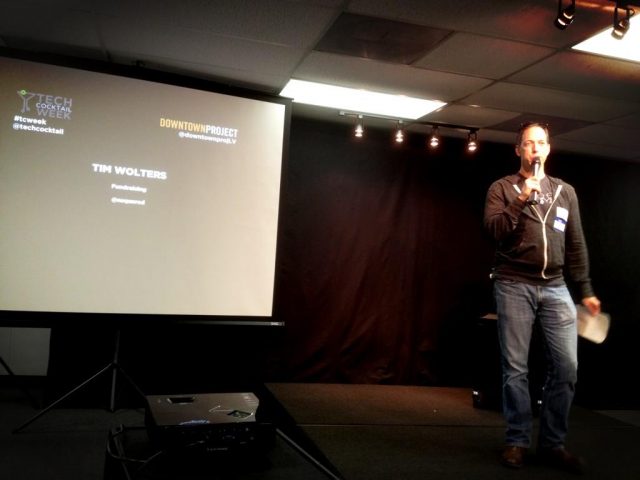 Apurva Shah, the cofounder of Whamix, wove us a story about stories. Previously a technical director at Pixar and Dreamworks, he compares building a company to Maslow's hierarchy of needs. The first, basic thing that consumers want is something that works. After that, consumers want something that gives them pleasure – a no-brainer in the world of delightful Apple products. And finally, consumers want to find meaning in the products they use. The way that meaning is communicated is through stories. “As entrepreneurs, we are storytellers. We are always telling stories. … It's good to step back and say, ‘Am I telling the right story? And furthermore, am I telling the story in the best way possible?'” Shah wants to help people tell those stories with Whamix.

In the penultimate position, Elizabeth Stark got serious with a talk about the future of learning. She’s an entrepreneur in residence at StartX, Stanford University’s startup incubator. Stark believes that the United States isn't prioritizing computer science education enough, compared to a country like Estonia (home of Skype) that is teaching all first graders how to code. In the meantime, education is increasing done online, schools are becoming less relevant, and the line between teachers and students in being blurred. For the future, she hopes to see people being judged based on their skills rather than their degrees, learning long after college, and beginning their education early. “The future I want to see is one that we all create,” she said. 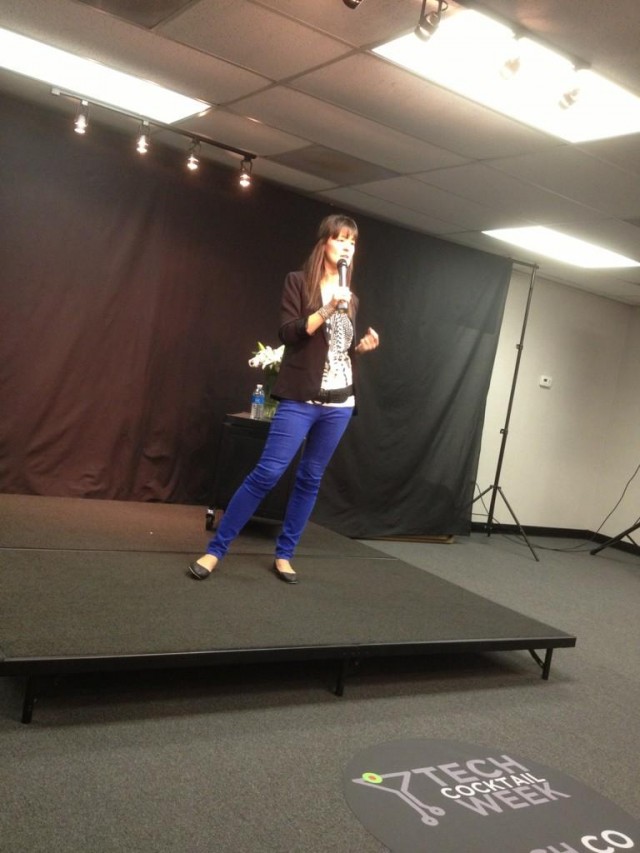 And rounding out the lineup was Matt Brimer, cofounder of the General Assembly campuses for technology, business, and design. Part of the goal of General Assembly is to offer entrepreneurs education that they might not get elsewhere. “A traditional liberal arts or college education isn't really enough anymore,” he said. Through that journey with General Assembly – which will be coming to Las Vegas in 2013 –  he learned how much community can contribute to education. 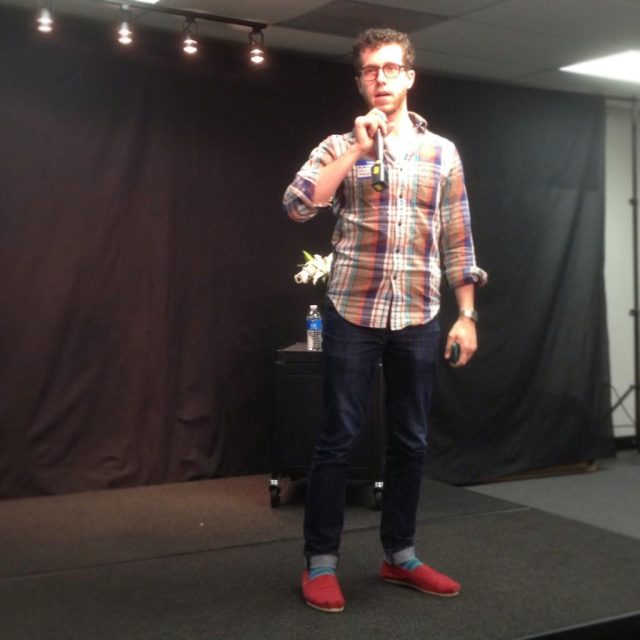 Bonus! The talks ended with two surprise speakers, starting with Matt Dorey. Dorey started programming at age 11 and raised millions of dollars of venture funding at a young age. Coming from a poor family, he spent some time trying to be successful and doing things that would make money, but he soon realized he was unhappy. Now, Dorey is building an innovation community in San Francisco with a strong focus on culture, called Factory Zero. 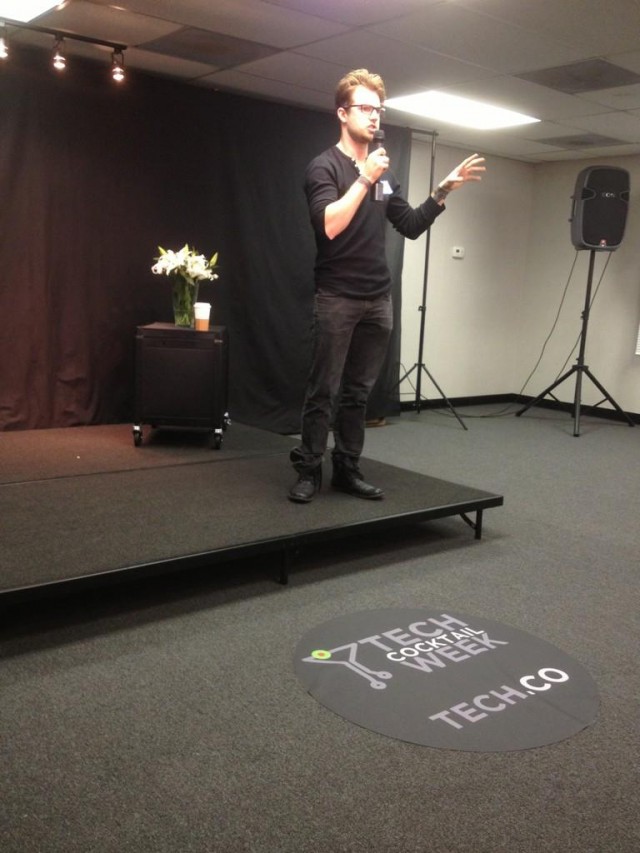 Finally, Tech Cocktail welcomed rapper Jermaine Dupri. After being unsatisfied with his experience on MySpace and Twitter, he built his own music-centric social network at Global14.com. Standing at the intersection of music and technology, he sees that both industries are clueless about the other – and they don't communicate much. Dupri wants to be the bridge and connector between those two worlds. 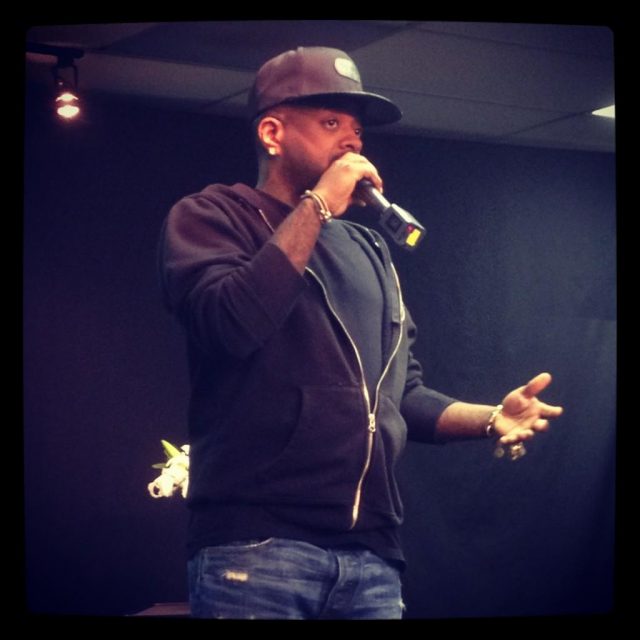