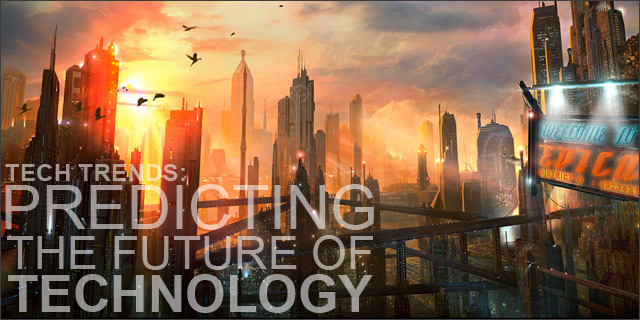 Decades ago, it was predicted that the future would hold hover boards, home robots and holograms, and fast global air travel and mobile phones were the stuff dreams were made of.

Although our modern day homes and workplaces have stopped short of in-house robots to organize our laundry, they have been equipped with gadgets to improve our day-to-day life that previously could never have been imagined. The role that technology plays in our lives continues to evolve and adapt with little sign of slowing down.

By examining trends in the technological market, we may be able to predict what the future holds and where further advances will take us.

Despite only being introduced less than 30 years ago, mobile phones have become arguably the most vital technological accessory in our lives, so much so that the term “nomophobia” has been coined to abbreviate the fear of losing or misplacing one’s phone. A recent survey found that 66 percent of people suffer from nomophobia.

Looking at early telephones, it’s almost impossible to envision the sleek, touch-sensitive devices we have now become accustomed to. Even though we’ve already achieved so much with this type of technology, evidence suggests that it is still continuing to evolve.

Apple and Blackberry were considered the first heavyweights in the smartphone arena, but the majority market share is now slipping away from them in favor of the Android platform, which is available on a wider range of handsets. As of October 2013, Android held an impressive 81.3 percent of the market share, which grew from 75 percent in the third quarter of 2012. 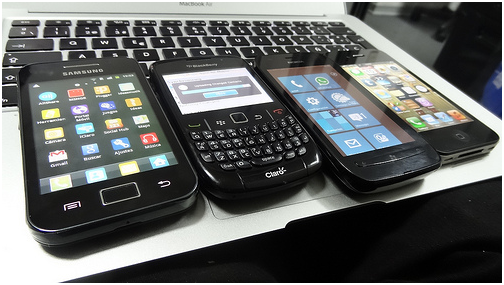 However, Android shouldn’t make themselves too comfortable at the top just yet, as in the third quarter of 2013, Microsoft increased shipments of their Windows phone by 178 percent, making it the world’s fastest growing major smartphone platform. Consequently, a prediction of what the future holds for mobile phone technology could be a battle between Android and Microsoft for a ruling hold of the market.

In Japan, scientists have been adapting a robot that will change the face of the healthcare industry by reducing the pressure the elderly age group is placing upon services.

The Robot for Interactive Body Assistance (RIBA) has been developed to help to lift and move patients who need specialized care. Lifting or moving patients is a strenuous task that is both time and energy consuming, and it’s repeated on average 40 times a day by hospital staff.

Introducing RIBA can help to not only alleviate the burden from staff, but also to give tailored care to more fragile patients. The robot is fitted with high-precision tactile sensors which carefully measure the weight and size of each patient to ensure they are lifted comfortably.

The World Future Society currently predicts that within 10 years, robots will be refined to become better caregivers, and with the number of people who will need nursing care in Japan projected to reach six million by 2015, further implementation of the RIBA technology will surely become necessary.

Drones are piloted technology more associated with halting terrorist activity than helping out around the home, but they may soon become part of everyday life outside the headlines.

This month, Amazon announced plans for Prime Air, a drone service that could deliver packages to consumers in 30 minutes or less. In June 2013, pizza company Dominos released a video featuring a “DomiCopter” – a remote controlled drone they used to deliver pizza to a customer, entirely unmanned. While this incident was a publicity stunt, drones acting as personal delivery assistants may not be so far off in the future. 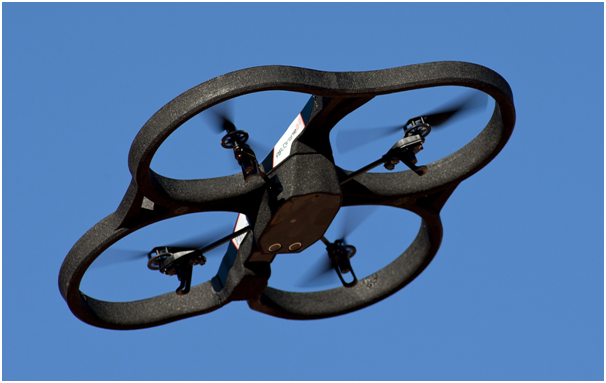 Mike Winn, Jono Millin and Nicholas Pilkington form DroneDeploy, a startup company based in San Francisco that is working to make the dream of drone delivery a reality. The idea has already attracted the attention of venture capitalists such as Tim Draper.

Draper, an early investor in ventures such as Hotmail and Skype, has hailed drone technology as the future, and even wrote in an email that “everything from pizza delivery to personal shopping can be handled by drones.”

Draper, like other investors, clearly has plenty of faith in the idea, as $40.9 million has been poured into the drone development sector in 2013 so far.

Phil Finnegan, the director of corporate analysis at Teal Group, has predicted that sales of civilian unmanned aerial vehicles (which includes drones) will reach $8.2 billion within the decade. Therefore, if sales are supposed to grow so exponentially in such a short space of time, it can be assumed that drones are to become a much bigger part of our technological lives.

Of course, the future can’t always be predicted and the technological market is one that can often throw up surprises. It’s certainly unlikely that some of this technology will be available on the street any time soon. However, with some solid stats and famous figureheads backing these up-and-coming developments, it might be worth keeping an eye on technological trends to see if the gadgets we’ve always dreamed of become a reality.