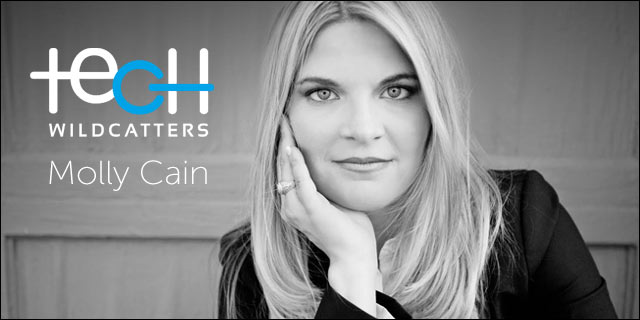 The tech ecosystem in Dallas, Texas is starting to take off and, according to the team at Tech Wildcatters, it's been a long time coming. The b2b accelerator has been in the city since before it started to ramp up growth in the tech market, entering into a pseudo-symbiotic relationship with the city itself.

The two entities of Dallas and Tech Wildcatters play off of each other and have experience tremendous growth because of it. To that end, Tech Wildcatters recently announced that they would be hiring Molly Cain as the new Executive Director of the accelerator.

“Molly is a perfect fit for our culture of collaboration, connection and getting things done. We are thrilled to have her as part of the team,” says Gabriella Draney, CEO of Tech Wildcatters.

When Draney started Tech Wildcatters a few years back, there was largely nothing happening in the Dallas tech ecosystem. There were plenty of people telling her to move to the Bay Area, but she didn’t want to abandon Dallas that quickly. Her loyalties were rewarded when Dallas began to attract some serious entrepreneurial talent.

And then, to help scale Tech Wildcatters with the rest of Dallas, Draney took on some new investments and partners. Currently she's dedicating her time to fueling PR and Marketing efforts all in the name of answering the question of how to get Tech Wildcatters nationally and globally recognized.

“Gabriella is your quintessential visionary; she sees five years ahead,” says Clarisa Lindenmeyer, VP of Corporate Affairs and PR for Tech Wildcatters. “She’s almost too ahead of her time, which makes her a really good entrepreneur.”

What Draney also realized was that to grow her company she needed to hire an Executive Director to run the day to day of the accelerator, which is a huge step given that it’s been her duty for so long.

“It’s a really good thing to recognize that for us to grow as a parent company, Gabriella needed to grow her team and bring somebody in who could manage the program,” says Lindenmeyer. “Gabriella is still there, but she’s no longer running the day to day of the accelerator.”

To date, Tech Wildcatters has an executive team lead entirely by women, a rare feat compounded only the the even more rare fact that most accelerators are run by men. They do hire men as Tech Wildcatters is absolutely a proponent of diversity in the workplace, but the hiring of Cain came down to the ultimate question of company culture fit.

“We’re really proud of that,” says Lindenmeyer. “That’s what we teach to our startups. There are so many people with varying skill sets, but how do they fit into the culture of your company? Diversity at the table will make your company more bad ass.”