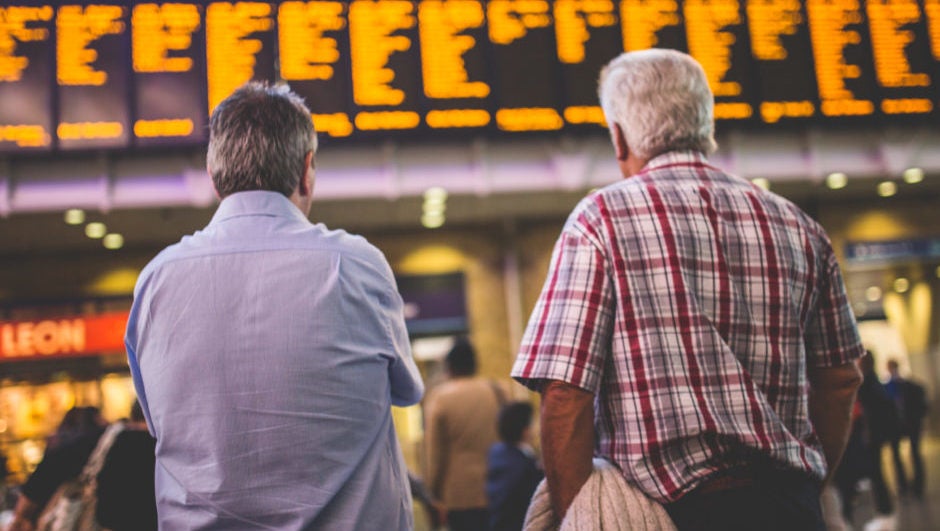 Technological innovation has allowed us to put a man on the moon, nearly eliminate polio, and cook our dinner with high frequency radio waves when we can’t be bothered to use an oven. And all this just within the last 50 years. Now people carry tiny computers (commonly known as phones or devices) in their pockets, and we laugh about the days when every kid wanted an Atari.

But some are worried about the effect that these rapid advancements in technology are going to have on the job market. We invent countless ways to make our lives easier and many inventions have made human roles surplus to requirement over the years – but what if this reaches a new extreme?

Machines don’t want to get paid, they don’t talk back, and they’re never lazy. Machines don’t take sick leave, or ask for holiday time off (though they make break down occasionally). Machines won’t form a worker’s union. It’s not hard to see why some people are feeling more than a bit threatened by the prospect of being replaced by a machine. Indeed, to some corporations, a machine based workforce could seem wildly more appealing than a human one.

The Boston Consulting Group has predicted that “by 2025, up to a quarter of jobs will be replaced by either smart software or robots.” Factory workers, cocktail waiters, and journalists have all been singled out by the BBC as being in danger. With Google already in the midst of inventing a talking, driverless car, even taxi drivers might someday soon find themselves obsolete. And according to Fortune, the ‘white-collar’ jobs that machines are already taking include online marketers, surgeons, and law firm associates.

Times Higher Education recently analyzed data from Oxford University (which found that 47 percent of jobs in the U.S. are at risk of automation) and came to the conclusion that the subjects which lead to jobs most at risk of automation in the U.K. in the future are accountancy, economics, and politics.

This isn’t the first time that technological advancements have changed the job market irrevocably, much to the displeasure of the workforce.

Towards the start of the Industrial Revolution, a group of displaced workers called the Luddites began to rally against the technological advancement of the age; namely the spinning jenny, which would soon power new textile factories all over the country and make their jobs as highly skilled weavers largely irrelevant. The movement was violent but short-lived. From the late 1700s until 1813, Luddites vandalized and rioted against the textile factories, but to no avail. Technology won out in the end, and the factories went on to cement Great Britain’s place in the world as an industrial powerhouse.

How Can the Human Workforce Compete with Machines?

There are still many industries in which the ‘human touch’ still plays an important part. For example, technological innovation in SAP is responsible for same-day delivery going from fantasy to reality but online retailers like Amazon are still reliant on warehouse workers to make their operation work.

The new Pilot earpiece, a live translation device due to be released this autumn, doesn't seem to have the human interpretation industry all that worried either; even though it promises to translate conversations word for word in real time.

One translation agency wonders, “How would the Pilot go about translating slang for example? What will it make of colloquialisms, or culturally specific idioms? How would it understand which subject matters or social cues might be considered offensive in other cultures?”

“(The Pilot) could be a great thing to take on holiday,” they write, “but it will fare less well in serious conversations with high stakes.”

And of course a machine like the Pilot earpiece isn’t going to be an expert in any field other than linguistics. It won’t be equipped with any contextual or industry specific knowledge, even though such knowledge is often vital in functional translations and interpretations.

So it looks as though, until we can program these particular machines to take initiative and think independently, plenty of our jobs are, for the time being, still safe.

How Can We Ensure That the Job Market Isn’t Ruined by Technology in the Future?

Over the coming years, it’s impossible to say where technology will go, and what jobs will still exist as a result. The one thing which does seem certain however is that technology will continue to advance as time goes on, whether we like it or not.

But rather than fearing the unrelenting march of technological innovation, “we should be rolling up our sleeves to ensure that people who lose their jobs to technology are being retrained.”

Technology has revolutionized the job market in the past, and people still managed to find work in the subsequent centuries. Indeed, jobs in social media marketing, mobile app development and SEO which exist today were utterly foreign concepts just 30 years ago, so who’s to say what new jobs will spring up in spite of, and even because of, new technology.