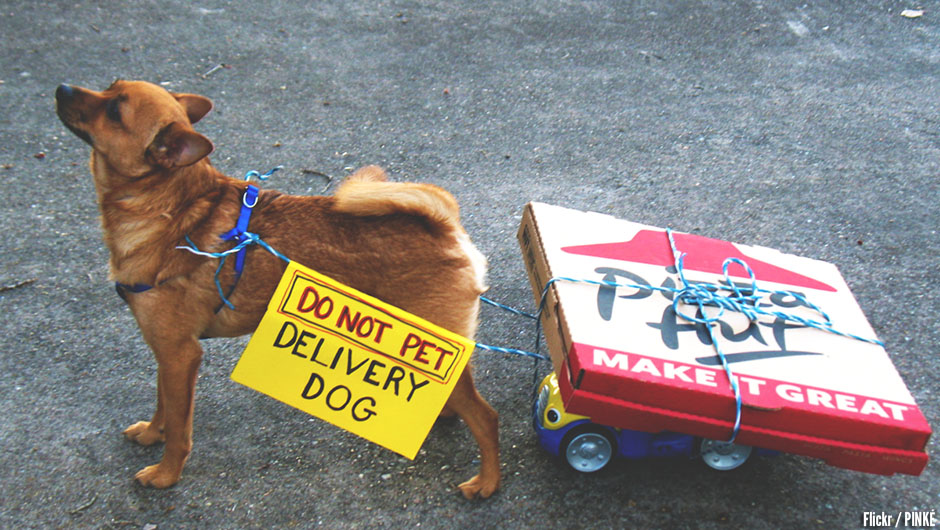 On May 28 2015, Amazon changed online delivery forever by announcing free same-day delivery in 14 major cities across the US. Since then, same-day delivery has unsurprisingly proved popular with online shoppers. Though the full implications of same-day delivery are yet to be seen, the development is set to transform the world of shopping forever. But how did same-day delivery, once a concept of fantasy, become a reality?

The answer lies in intricate technological innovations, and a race between online shopping giants to be the first retailer offering a reliable same-day delivery service across the globe.

The origins of same-day delivery can be glimpsed in February 2005, when Amazon CEO Jeff Bezos launched Amazon Prime. This premium service guaranteed two-day delivery for its members. While two-day delivery is now the norm, this was revolutionary at the time. When Amazon Prime rolled out worldwide a few years later, it included free next-day delivery in most territories. Naturally, there was one development that consumers were waiting for, and Jeff Bezos was determined to make it happen.

In order to enhance their delivery speeds, online stores faced many technical challenges. One of these challenges involved extensive research into determining the cut-off point at which companies could still guarantee delivery within increasingly short time-frames. Since warehouses and headquarters are often positioned miles away from each other, this was no easy task.

One answer came in the form of an intricate and complicated system called SAP, which according to European SAP specialists Eursap, can help configure same-day delivery through automated means. Other technological solutions have been suggested. Amazon famously announced that drones would deliver its packages in 2013, though this is still a long way away from execution.

The Unlikely Participant in the Race for Same-Day Delivery

As same-day delivery slowly became feasible, online shopping giants sought to find the most effective way of implementing it. Google got to work on its Shopping Express service, which aimed to work with local businesses, and eBay looked into acquiring the fastest courier services it could find with the goal of bringing one hour delivery to the online marketplace. Despite the heated competition between online behemoths, it was not Amazon, eBay, or Google who made same-day delivery as widely possible as it is today in the USA. Instead, it was the forty year-old United States Postal Service (USPS).

In 2010, the USPS was in decline. It had made a $16 billion dollar loss in one year and the media began speculating about its demise, wondering if it would jettison some of its speedier services in order to save money. On the contrary, by 2012, there was word that the USPS was trialing an experimental same-day delivery service. Now, the former national embarrassment was overtaking the most cutting-edge of tech companies in the same-day delivery race.

One year later, Amazon struck a deal with USPS, and the postal service began to carry out same-day delivery of Amazon’s packages. The terms of the deal between the two companies were never announced, but it is thought that Amazon paid a large sum to secure exclusive rights. This is backed up by the fact that USPS still only provides same day delivery for Amazon packages.

This unprecedented team-up made Amazon the leader in the same-day delivery race overnight, but in 2013 Amazon’s service was still only available in a few cities. This meant there was plenty of time for other online retailers to surpass them.

Hot On the Heels

In 2014, Google announced a deal with Amazon’s old rivals, the high street bookseller Barnes & Noble, to offer same-day delivery of items from Barnes & Noble stores in New York and California. Combining online sales systems and the stocks of high street stores was an entirely different approach to Amazon’s warehouse-based solution, and showed there was an alternate route to achieving same-day delivery.

This store-and-online combo model has recently been implemented by the UK retailer Argos. Argos, in many ways the high street forebear of jack-of-all-trades online stores like Amazon, has utilized its many UK outlets and delivery service to be the first retailer to offer same day delivery seven days a week for an entire nation (albeit one much smaller than the US). With eBay already giving customers the option of having items delivered to Argos stores and collecting them there, is it only a matter of time before the two team up to offer nationwide same-day delivery for eBay purchases?

What Does Same-Day Delivery Mean for High-Street Shopping?

The novelty and convenience of physically owning an item the moment you buy it has long been seen as the major benefit high street stores have over online retailers. But this advantage seems to be losing value, especially when you consider the online successes of recent Black Friday sales. Now consumers don’t have to hit the high street to get a product on the same day, is the high street model doomed to irrelevance?

Actually, the opposite might be true – but it could spell bad news for small businesses. Perhaps seeing the merit of Argos and Google-Barnes & Noble’s approach, Amazon have recently opened a real life bookstore in Seattle. This move has been seen as threatening for a number of local independent book stores. Deborah Bass, an Amazon spokesperson has said:“We think successful stores will remain successful. Offline retail is a big space with room for lots of winners.” Meanwhile, the manager of general books at Seattle’s 116-year-old University Book Store has said that everyone’s had to adjust to Amazon online, but with the addition of Amazon stores just down the street, “the sky is falling”.

So, perhaps same-day delivery does not spell the end of high street shopping; but could it be a gateway for online retail behemoths to close-in on their high street counterparts?