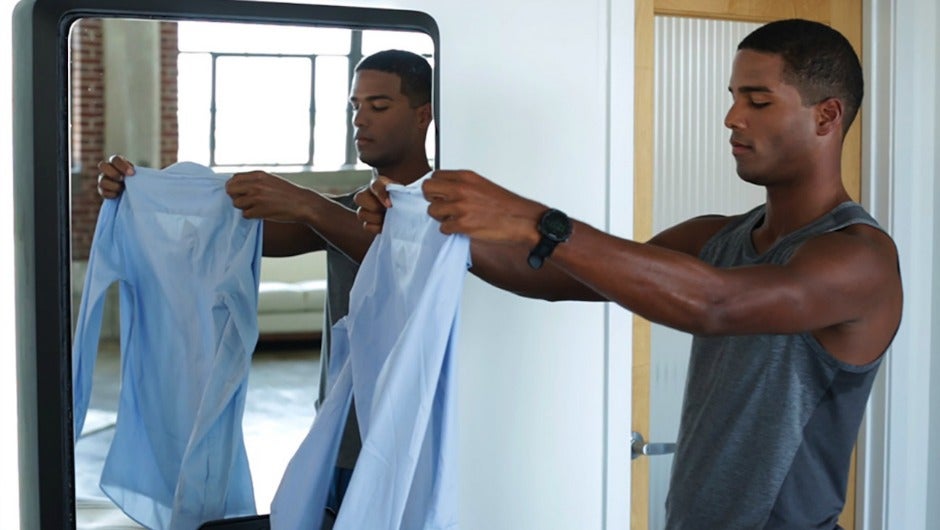 What if we could live in a world where you no longer had to iron clothes, wait hours for a wash cycle, or drag yourself over to the cleaners all in the name of having clean and wrinkle free clothing?

Apparently the future is here, and thanks to Tersa Steam’s Indiegogo campaign all of this may become a reality. Tersa Steam is an efficient way to do your laundry in less than 10 minutes, without chemicals, and it deodorizes and adds fragrances to single pieces of clothing.

Much like a Keurig or Nespresso machine, Tersa uses single-use pods and distilled water to clean individual garments, jeans, jackets, towels, and even your running shoes. Unfortunately due to the length, it does not appear to currently support cleaning dresses. The actual device is a wall mounted container with a front-facing mirror, uses only 3 ounces of water per cycle, each pod uses fully recyclable materials, the pods also only contain natural plant materials and no chemicals, and will only take about 10 minutes per garment.

“One of the biggest benefits of the product is its ability to work on multiple types of textiles. Unlike other products, we designed the machine to work on anything from your wool suit to your child's favorite teddy bear. Unfortunately, this model will not remove stains, but it will eliminate odors, kill bacteria, add fragrance and freshen nearly any textile,” said Tersa Founder and COO Aaron Tate.

Though not the first of its kind now, the idea of Tersa may have come along before the others have hit the market. Widely ranging in price, one of the more well known is the Swash, which has middle of the road reviews and a much larger physical footprint.

“When I first thought of the idea, there weren't any other products like it. As time passed, we watched companies begin to produce similar products, but none of them were utilizing the same techniques or really solving the problem,” said Tate.

“We decided to take a different approach and designed Tersa Steam to eventually become a fixture of the home. We understood the size of the product would prohibit some from purchasing, so we made it wall-mounted and integrated a mirror into the design. We wanted to design a product that was versatile in its location, sustainable in its process and save you time while you're getting ready. While you are getting ready and taking a shower, the product is preparing your clothes for you.”

Unlike many Indiegogo and crowdfunding campaigns, the team has also decided to fully produce and manufacture the devices in the U.S., and they are based out of Fort Collins, Colorado. Tersa has already gone through several iterations of prototypes, and has plans to ramp up production in October of this year. The devices should begin shipping in May of 2018 and will retail for $400.

“We are always thinking of ways to improve the product, and plan to release quite a few more products in the future,” said Tate. “We have thought about making the mirror on the front of the machine an LCD monitor which would allow us to give the user updates on their calendar, social media, weather and much more.”

While some of these are simply ideas for now, the company has big plans for the future.

Read more about startups in Colorado at TechCo