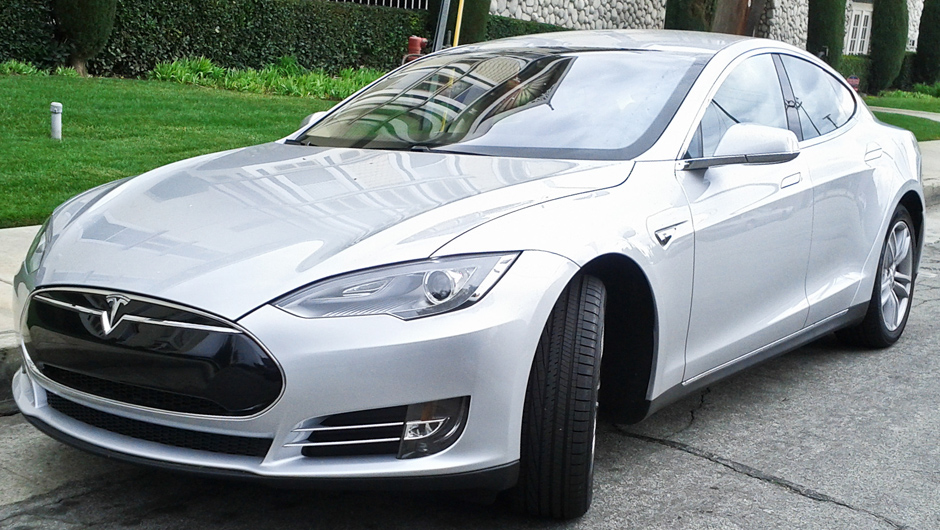 Ever since Tesla Motors launched, the future of gasoline powered vehicles remains quite uncertain. Although alternative cars have been widely criticized for expensive operation and maintenance, both experts and auto lovers agree upon their prospects: Tesla is here to stay.

Over the course of years the world’s most famous automobile manufacturers like McLaren, Ferrari, and Porsche have been implementing sophisticated technologies in order to craft an energy efficient car. I wouldn’t call the attempts successful; yet, those companies succeeded on their own terms and paved the way for newest approaches.

And then, all of a sudden, Tesla Motors released the hyper car – to extensive media attention and criticism. What the Tesla car concept is about?

Tesla is equipped with a simple motor which converts electricity into mechanical power and vice versa, performing functions of a generator. The motor is relatively small (about the size of a watermelon), easy to control and has no timing issues. Tesla rotor conductors are made of copper. The metal is resistant to high currents. The engine produces little heat, but the car is enhanced with cooling fins to extract it anyway.

Such vehicles are marketed as the “green” ones. Having replaced internal combustion engines with electric motors, Tesla definitely contributed to a cleaner and healthier world.

Back in 2006, Popular Mechanics published a curious article on alternative fuels, describing a cross-country trip taken by electric, methanol, ethanol, bio diesel, and other hybrid cars. Electric vehicles clearly won the competition with the ride costs at about $60.

A gasoline powered car is no longer the answer. Only 30 percent of the fuel you fill the tank with is actually transformed into energy. It means that we burn our money and pollute the atmosphere at the same time (the CO2 emissions are disastrous).

As of now, we utilize fossil fuels to get energy. These fuels, by the way, are nothing but a huge mass of carbon which for some reason does not decay the way it should. When we burn gasoline and other oil products, enormous amounts of carbon dioxide are emitted. Scientists call CO2 a greenhouse gas, and there is a strong reason for it. Carbon dioxide accumulates the energy of the sun and causes heat.

As of 2014, the number of cars in the world reached 1.2 billion, and continues to grow. Gasoline powered vehicles and industrialization – these are the key reasons for global warming. Some 20 thousand years ago the average temperature on our planet was 5 ºC lower. Half of America and Europe were covered with a 1 km-thick layer of ice. Even a small temperature increase – 5 ºC is not THAT much – may cause irrevocable changes. Since the beginning of the 20th century, the average temperature on the planet has risen by 1 degree. Gasoline vehicles’ input is obvious.

Expensive maintenance is often cited as one of the main reasons why the future of electric alternative cars might be uncertain. There are no facilities to repair and charge alternative cars in the CIS and third-world countries. Between charges, even the most expensive electric car struggles to cover a 300 mile distance. Still, I want you to look at the problem from a different angle.

Tesla Motors prices for an electric car start at $ 101.5 thousand. However, the actual costs of hyper car ownership (including bills for electricity) seldom exceed $ 15 per month. Electric engines require less maintenance even if you embark on a long journey (up two 6 thousand miles).

This data is actually taken from the Nissan Leaf website page. Nissan also followed the electric car trend, and the Leaf was released to the market. Leaf owners answered questions on the car’s drawbacks and benefits.

The eco trends are alive and breathing – especially in prosperous countries whose citizens earn enough to think of the planet’s future. Denmark, for example, utilizes wind power and is expected to achieve 100% use of renewable energy any day. Caribbean Islands have already parted ways with fossil fuels. Germany is the EU leader of the solar heating industry.

People are aware of the impact internal combustion engines have upon nature, and that’s why alternative cars are coming into fashion. According to WeLoveAnyCar the richest auto lovers who own a Mercedes, Jaguar or BMW consider buying an electric vehicle.

Yet, the future of electric cars is unclear. Automobile manufacturers need to somehow prolong the battery life, while governments should provide the recharging infrastructure solutions. But one cannot deny that Tesla Motors reinvented the alternative car concept.