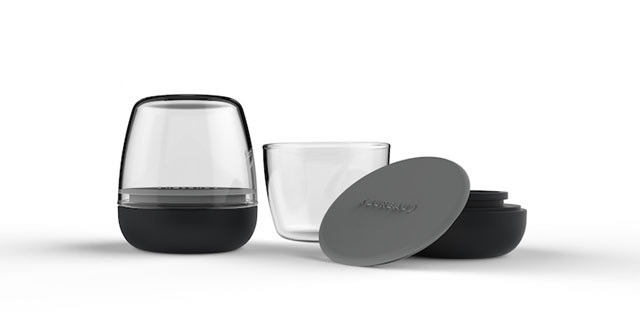 According to Josh Gordon, CEO of The Bureau (formerly RODAWG), it’s about time that the cannabis industry becomes more like the fine spirits industry. As it currently stands, the market is growing, but Gordon thinks there’s still an unhealthy amount of ‘black market’ feeling hanging around.

But how do you eliminate something so ubiquitous? For Gordon and the team at The Bureau, it all boils down to branding.

Together with his team, Gordon has developed a strict plan that will help them fulfill this mission. He’s already actively engaged with investors, seeking to raise the next round of capital to continue doing custom packaging for dispensaries.

I sat down with Gordon to hear about how he started The Bureau and how, exactly, he’s choosing to build his legal cannabis brand.

Tech Cocktail: What was your personal journey into the industry?

Josh Gordon: As somebody who appreciates a good bottle of whiskey, knowing what the branding and packaging looks like in that market, I was a bit taken aback to see the black market approach in dispensaries. I really felt like there was an opportunity there, and while I didn’t want to grow and sell cannabis, I found the packaging and branding of the product itself very intriguing.

My first proof of concept model was basically a joint case that would let dispensaries in California and Colorado package their pre-rolled joints like nice cigars. I realized there was also a parallel opportunity in the mainstream market.

There’s been a paradigm shift in cannabis. No longer do people look at it as taboo, but still all the products being sold through head shops adhere to old stereotypes like Bob Marley, pot leaves, and tie dye. Today’s society is more interested in a discerning product rather than paraphernalia.

What we did was take the same proof of concept we were selling to dispensaries, and we sold pre-rolled cones with nothing in them – aka rolling paper twisted up into a pre rolled cone – and we sold those through the smoke and head shop market.

We saw some early success, and were able to raise $500k and build out a full line of packaging products for concentrates, hash, cannabis, and joints. Travel friendly products in line with the legilstiona. New business too – resource management, designed and developed core products, developed distribution and industry relations.

Tech Cocktail: Specifically, what led you to create the branded products you did?

Gordon: I think a good deal of our success can be attributed to curation. The packaging market, for example, is super saturated. There are millions of products and dispensary owners are in the business of growing and selling cannabis.

It’s interesting for me because one of our big selling points is that these dispensaries don’t really have the ability to market and advertise like traditional businesses. It’s that much more important for packaging because it’s a form of marketing for your own, personal brand.

When we started we only had one product. When we raised our first round of capital we looked at the market and saw what people sell at dispensaries: edibles, cannabis, hash, and joints. We also noticed people were using plastic bags, plastic jars, and some people were using glass or repurposed mason jars.

As such, we wanted to have products that were more or less on the same level as the price point people were already used to. So we have plastic bags, plastic jars, and glass jars. Granted the price is a bit of a premium, but our products are specifically designed for cannabis and have branding opportunities on them.

Tech Cocktail: How are you influencing larger trends in this developing market?

Gordon: There’s a lack of professionalism in general in the cannabis industry, and that’s natural. What we’re trying to do is adhere to high standards like a mainstream packaging company would with a focus on cannabis. I don’t like to bash the competition, but we’re trying to exceed government regulations and hopefully that will allow us to be a long lasting name.

Labeling is another key area. Right now people are printing their labels on a home printer or writing on a label that gets stuck on a bag. We want more of a wine label approach. We take all the content they need to display and do it in a user friendly way. It helps you feel like you’re in an actual store instead of a black market setting.

The last thing is safety. The child proof packaging we provide is a huge step in keeping it out of kids’ hands. Also, people started going to Colorado after it was legalized, buying a whole brownie and eating the whole thing without knowing how much THC they’re consuming. We want a curated, user friendly approach, so people don’t go overboard unknowingly.