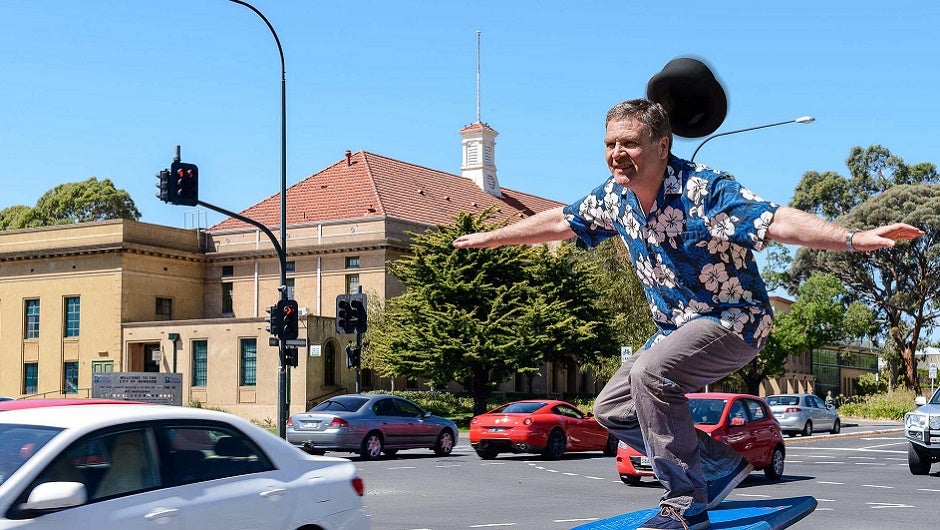 As Back to the Future once promised, 2015 would bring us the hoverboard.  Although it may not be an accessible commercial product yet, more and more people are creating what may be the beginning of a new boarding era.  Whether the hoverboard revolutionizes the skating world or merely becomes an entertaining commodity it is too soon to tell.  However, we can take a look at what technology is emerging and how it is evolving.

This is what I consider the first step to hoverboards. No it doesn’t actually hover but when I first saw this baby in action I was both confused and excited.  Taking away the handle from a segway, this product is basically a self-balancing scooter with two motors that propel it forwards and backwards.  You can even buy one that plays music.

This is probably the closest thing to Marty McFly’s 2015 board that you can buy right now.  It’s a board with a single motorized wheel in the middle.  They claim that it “feels like you are hovering” even though you aren’t actually.  I’d assume it’s a similar feeling to Kate Winslet standing on the ledge of the Titanic with Leo DiCaprio singing in her ear.  You can only buy it on Kickstarter or the prototype at auction right now but I suspect we will see more emerge in the recent future.

Founder, Greg Henderson, calls the technology used in making Hendo hoverboards Magnetic Field Architecture (MFA), a term he trademarked.  This is a greater idea than boards that hover off the ground.  Henderson’s vision extends to the architecture of our earth, all of our homes, office buildings, hospitals and more so that all of our buildings can safely lift off the ground at the flip of a switch in case of natural disaster.  Since altering the way we build everything on earth is an enormous feat, Hendo decided to start small with hoverboards.

You can watch Tony Hawk ride the Hendo right here.

Although the Lexus Hoverboard has been unveiled in their “Slide” ad, it is nearly as impractical as the Hendo concept right now.  Similarly, you need a special magnetic field below this superconductor-activated board and Lexus has no intention of mass producing their board at this time.  Unless you have some amazing connections you may never get to ride this board.  I guess we’ll have to keep on dreaming up and creating something more practical.

Sarah Brown is a tech specialist with a love of all topics relating to the IoT. She writes about upcoming technologies, internet safety and the world of online gaming. Sarah believes that the through entertainment, technology and the written word, we can all stay connected to each other and create a safe environment out in the ether.