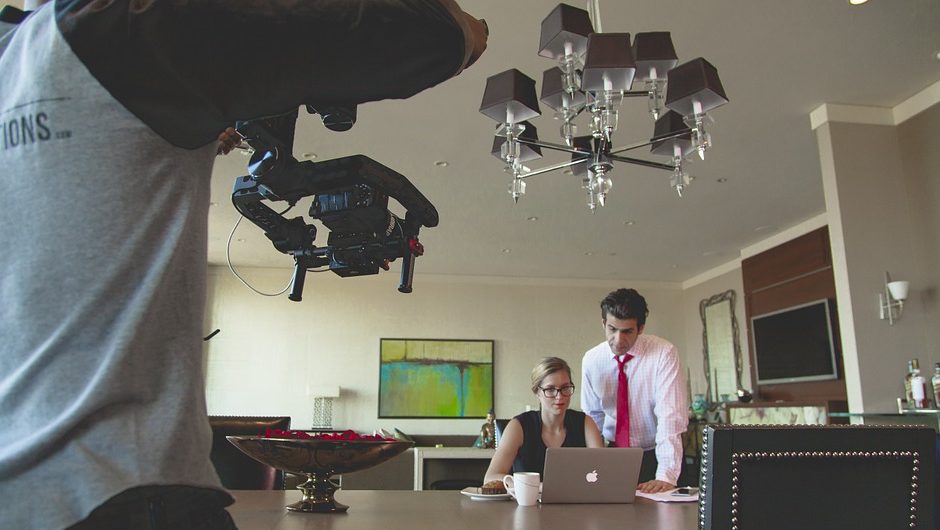 The fierce debate of blogging versus vlogging has Internet marketers up in arms, debating which form reigns king of the modern web.

The power of blogging is crystal clear. From small businesses to mass media giants, blogs have become the cornerstone of how users discover new content and find products online. Likewise, blogging has ballooned into a multi-billion dollar industry that’s stood the test of time, supported by millions of sites across a seemingly endless sea of niches.

However, the rapid rise of video marketing in recent years has both revolutionized and fractured the blogosphere. YouTube has come a long way from the grainy, low-resolution videos that took forever to load in 2005. Vlogging, or video blogging, has made its way into the mainstream, representing a gold rush of content creators looking to spread their viral content across their social channels.

Both mediums have similar goals and objectives: to educate, entertain, and market to readers and viewers. The point of contention, however, is which is most effective when marketing to modern audiences in 2016.

Why Blogs are Still Buzzworthy

According to Neil Patel’s guide to blogging, there’s no source of traffic quite like good, old-fashioned content. Why? Well, for a variety of reasons.

Traditional blogging allows you to hit all of the right buttons when it comes to SEO, whether it's targeting keywords or placing specific links within your content.

On a similar note, Google loves long-form content. Through traditional blogging, you have the potential to essentially dominate your niche through the written word.

Blogs establish trust and authority for brands, helping to seal the deal for skeptical customers who are eventually won over through education and authenticity.

As long as you have a meaningful topic and worthwhile content, anytime is a good time to blog.

Specifically, blogs are obviously ideal with targeting keywords. Although it's possible to optimize keywords in YouTube videos and descriptions, for example, such opportunities are relatively limited versus a blog which can churn out piece after piece of content to target a keyword.

Traditional blog content is also important for making your brand appear authoritative. Through educating visitors with your blog’s personal library of knowledge, you can stand out versus vloggers who may be perceived as mere entertainment by viewers. The more often you blog, you more chances you get to show your expertise to your readership.

Obviously, blogging allows for more traditional link-building opportunities versus vlogging. For example, blogs are prime to guest posting, expert outreach and social sharing as a means of passing link juice back to your site.

The Viral Potential of Vlogging

Vlogging isn’t just for companies with tons of time and fancy equipment on their hands; vloggers today finding massive success by simply harnessing the power of their smartphones. For this reason alone, vlogging has become commonplace within the social network and is still relatively young in terms of its potential.

However, keep in mind that the current video marketing niche is telling as to what the future holds.

For example, over half of modern marketers note that video marketing has the best ROI in regard to web content. Shoppers who view video content are almost twice as likely to purchase a product. By 2017, nearly three-quarters of the web’s traffic will consist of video content.

Furthermore, the emergence of and popularity YouTube Red and streaming services such as Twitch.tv are creating even more buzz around video content. The question remains: when and how should companies harness the power of video?

Videos have an extremely low barrier to commitment in regard to content. Users can quickly determine whether or not a video is relevant to them within the first few seconds of watching versus having to dig through a post for information.

Given the short attention span of today’s readership, videos can be a plus to appeal to users that don’t have the time or drive to sift through articles and links. Videos are incredibly easy to digest and share, making them perfect for targeting potential customers via the social network.

Content on YouTube is synonymous with entertainment; however, this is advantageous for marketers looking to create “how-to” content or turn a relatively boring topic into something much more exciting. For example, a video describing how to set up a software may be beneficial to viewers who aren’t so-tech savvy versus trying to decipher the jargon of an article. Likewise, the abundance of visual learners gives vloggers a built in audience by default.

Content marketers in any industry, regardless of size or scope, should consider the strengths of both bloggings and vlogging before disregarding either one. There’s no doubt that there’s potential in both platforms, and perhaps marketers can find a happy medium by using both.

The fact remains: many marketers live in a world of either/or. Relatively few bloggers effectively harness the power of video marketing. On the flip side, many vloggers and YouTubers waste their SEO and revenue potential by not having a blog. Ideally, some creativity will allow you to strengthen your existing content strategy with a mixture of the text and videos.

For example, a how-to blog or list article can very easily be repurposed into a video. Bloggers can simply film themselves going through a particular process or rattling off their list, using bullet points from their existing content along the way.

On the other side of the coin, a vlog can be repurposed into a written post. Rand Fishin of Moz does this all the time through his Whiteboard Friday videos, where he films himself discussing an Internet marketing topic off the cuff and then releases the video transcript as text.

Although most bloggers see vlogging as supplemental content, and perhaps vice-versa, it’s impossible to deny the SEO potential of blogging. At the same time, the rise of video marketing is almost too much for bloggers to ignore as users become hungrier for visual content. Instead of worrying about the

Although most bloggers see vlogging as supplemental content, and perhaps vice-versa, it’s impossible to deny the SEO potential of blogging. At the same time, the rise of video marketing is almost too much for bloggers to ignore as users become hungrier for visual content. Instead of worrying about the either/or of blogging versus vlogging, focus on the content your readership wants and craft it accordingly (whether or be written or on camera).

Carmelo is a marketing writer and blogger helping small and medium size businesses craft winning content strategies. She’s always scouting the web for new social media strategies and is slightly addicted to apps. When not tapping the keyboard, you are likely to find her in the park playing with her uncontrollably friendly Irish setter.