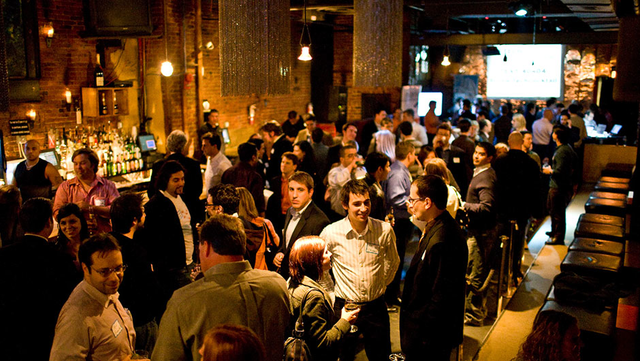 You hear so much about the Internet of Things (IoT) from tech blogs and journalists, including Tech.co. It's a buzz topic for sure, but still shrouded in a lot of mystery for many of us. Even as new devices and products are getting “smart”– home appliances, transportation, industrial supplies, even cities – and Kickstarter campaigns sprout like mushrooms, a lot of us still don't know exactly what the Internet of Things actually is.  Maria Thomas  gave Celebrate 2015 a crash course in the Internet of Things in a short workshop. Thomas helped to  build SmartThings, an IoT platform that grew from a Kickstarter funded project to being acquired by Samsung in just two years. So needless to say, she knows a lot about the subject and provided a quick, informative introduction to IoT. 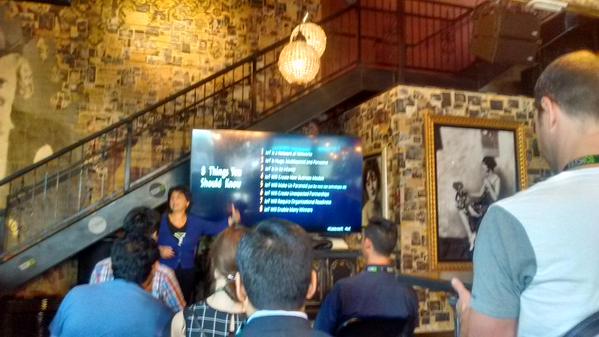 Maria Thomas explains the Internet of Things at Celebrate 2015

More than just “smart devices,” Thomas described the IoT as “a programmable world” where physical objects of all types can be connected to the Internet and to each other, through sensors that monitor interactions. Thomas referenced research that predicts that 28 billion devices connected to the internet by 2020 — that's 300 devices per second! Pretty mind-blowing, but also shows the potential for industries to connect the devices that we depend on to a larger graph – a physical graph of data and information.  Thomas mentioned home improvement retailer Lowes  and its Iris Smart Home management system as an example of one large company's move into IoT.

Despite some major acquisitions and a lot of interest from  investors, the Internet of Things is still very much in its infancy.There's still a lot of flexibility and opportunity in IoT, but some dangers as well, as Thomas mentioned some of the concerns around security and privacy in the Internet of things.  Just as Google has dominated the knowledge graph and Facebook  is king of the social graph, there's still room for a company to be an early leader of the physical graph, and industry with an  $11 trillion economic impact by 2015, according to McKinley Global Institute.