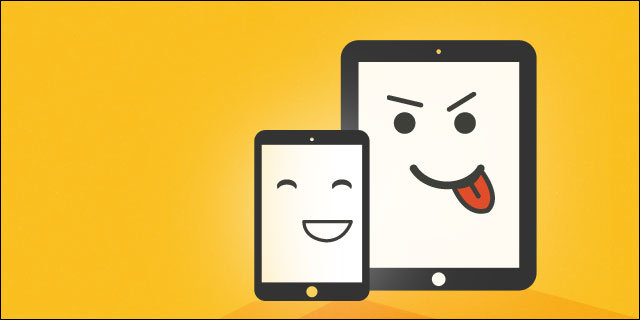 In the world of personal consumer technology, we are starting to see a pattern emerge. First it was desktop computers, then laptops, televisions, and eventually smartphones. Now, at long last, we are seeing this pattern play out again with the tablet. We aren’t saying the tablet era is ending – just that we have finally reached a kind of stasis. Here is the basic script we have seen in the tablet market, as well as the final frontier for innovation.

The pioneers of consumer technology are always prohibitively expensive. They serve to showcase the technology and tantalize the public, but they are rarely affordable, and the technology involved is rarely fully baked. In the case of HDTVs, the first generation televisions ran several thousand dollars for even moderately priced sets. In the case of smartphones and tablets, resistive touchscreen technology, black-and-white screens, and unsuccessful operating systems prevented these devices from being universally useful.

Once the idea of a new technology has been introduced to the public, we always see a breakthrough. One product manages to break into the mainstream and change the game. In the case of the tablet, this was the iPad, still the most successful tablet computer by a wide margin. In many ways, every other manufacturer has been racing for the last four years just to catch up to the original iPad.

Though the iPad may not have been affordable (depending on your definition), it was desirable enough to create an entire technology segment virtually out of thin air. For years, engineers of touchscreen devices approached the tablet from the laptop direction, trying to apply the necessary technologies to existing form factors. Success was achieved when the engineers behind the wildly successful iPhone approached the tablet from their perspective instead, throwing out the rulebook on the tablet computer and just scaling up the smartphone.

Once the playbook has been established, the competitors flood the market. This drives prices down and unleashes a new technological phenomenon on the world. Competition breeds innovation, which leads us to the next phase:

Once the tablet market was established, manufacturers raced to unveil the biggest, most powerful tablet. This one-upsmanship usually involves benchmarking and greasing some tech journalist palms. While the tablet sweet spots may have been identified at 7” and 9-10” in terms of screen size, pixel density, processor speed and memory have been the selling points. This is the exact same script followed by laptops, televisions, and smartphones. While things have finally settled down in most of these markets, the smartphone arms races rages on.

At some point, all of these devices will have reached a point where market saturation is achieved. Tablet sales were unprecedented in 2012 and 2013, but once all of these customers had their tablets, the market bottomed out. Manufacturers are scrambling to find ways to improve their sales, but unless they thought ahead and built in some sort of self-destruct feature, they are going to have to wait on plain old age-related replacement. In this sense, tablets share more in common with HDTVs than they do with their smartphone brethren. Planned obsolescence may be baked into the smartphone business plan, but tablets are not communication devices; they are media consumption devices, just like our faithful TV sets. As long as it works, it’s probably good enough for most of us.

The tablet market has bottomed out after explosive growth between 2012 and 2013, the reason for which is clear: tablets tend to be a one-per-household device for the most part, and since they don’t travel in our pockets all day, they generally last longer than phones.

We also don’t have the “every two years” cycle our wireless carriers have put us on in the smartphone game. Couple that with the fact that your tablet, like your television, doesn’t need to be absolutely cutting edge, state-of-the-art to provide you with an acceptable Netflix viewing experience. Gaming on tablets never really took off the way the manufacturers might have been counting on. The end result is that, when shopping for your next tablet, you are generally looking for a device that is “good enough” in your price range.

Next Avenue for Innovation?

So if tablet hardware has reached equilibrium, do we have any avenues for innovation in the tablet sector? We certainly do; don’t expect for a moment that the tablet industry is going to be another oil rush or dot com bubble. There are still problems to address and opportunities to be had; in fact, the problem that plagued the first generation of the tablet wave three years ago still hasn’t really been solved. Writing an app for a smartphone and then expecting it to scale up to the larger tablet screen is a recipe for failure.

This is a problem mobile developers are still wrestling with. The primary reason is that keeping up with iteration and update cycles on smartphones is difficult enough, and smartphones will always be the dominant mobile device. Mobile developers simply don’t have the manpower to maintain what should basically be an entirely different software build project. If you have mobile development experience and you want to expand your employment options, familiarize yourself with the peculiarities of the tablet environment.

After all, maybe the slight stagnation in the tablet industry is an opportunity in disguise: a chance to familiarize oneself with the demands of tablet technology before the next big shakeup.