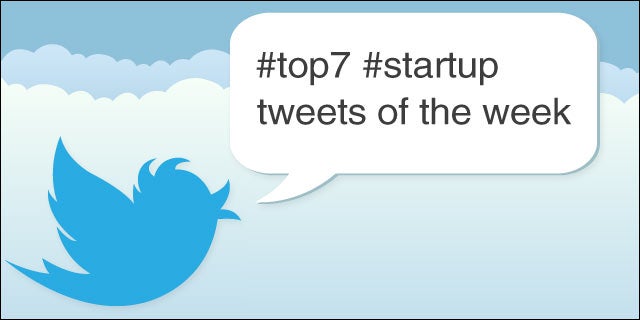 Twitter is different things to different people.  One of the reasons @TechCocktail loves Twitter so hard is for insightful business discourse – and naturally we want to share what we enjoy.  As part of our weekly series, we'll be bringing you the top seven startup-related tweets of the past seven days.

Are you or someone you follow sharing valuable (or occasionally whimsical) business insight?  Tip us at @TechCocktail or @zrdavis.

if u guys are gonna pitch me on twitter, at least make it a fucking haiku. or somehow interesting, k?

“A business that makes nothing but money is a poor business.” -Henry Ford

Embrace the unpredictable and unexpected. It is the path to the infinitely creative in you.

The best leaders I know are flawed, wounded, broken, and bent. #leadership

Don't forget to do what you love, often.