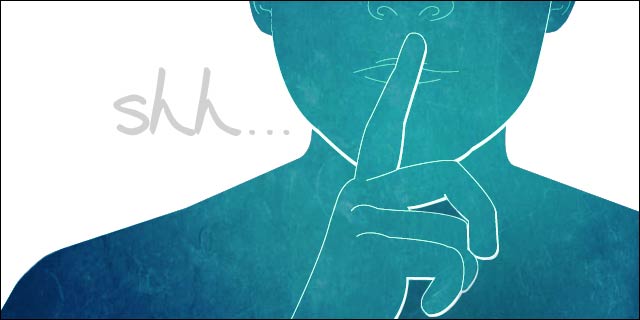 Arguably the birthplace of corporate openness and workplace diversity, Silicon Valley has recently been plagued by the whisperings of its startups' dirty little secrets. Thanks to Secret, the app that allows for the anonymous sharing of messages to one's networks, the startup world is recently rife with confessions and revelations – none of which can be confirmed or denied – from alleged employees. But whether such statements made on Secret are true or false is beside the point; any claim made about a startup's operations or culture can actually add value to the overall formulation and improvement of startup culture as a whole.

Notably, Secret has found early traction in the tech startup industry, where a fair share of veiled commentary is shared by entrepreneurs, investors, and employees alike. In practice, this makes a lot of sense. Created by former Square and Google employees David Byttow and Chrys Bader, messages posted on the app are shared with one's immediate contacts and the friends of those contacts; if you start with a comment from any party with numerous connections in the tech industry, it's only logical that adoption of the platform take place most frequently in the Valley's tech sanctuaries.

Secrets are innately desirable tidbits of human knowledge: regardless of the legitimacy of the truths they purport, we fawn over them like the doting keepers by which we are predispositioned. Indeed, the motivating factor that has immediately catapulted the app's usage within the tech community is the basic emotional response(s) we attain from gaining access to these secrets. As Rachel Metz from the MIT Technology Review confessed: “It was so juicy. Though I knew any of these alleged secrets could be completely fake, I wanted to believe they were real, and I was completely hooked by the promise of a look under the tech industry's covers.”

Since launching in the App Store a mere couple of weeks ago, Secret has garnered the attention from publications ranging from ValleyWag to the Wall Street Journal precisely because of the commentary made about the tech industry from these supposed members of the tech Illuminati themselves. In effect, the app has become a kind of medium for whistleblower-types (or complainer-types, depending on how you perceive it) on what they see as problems within the industry and the people involved in it. 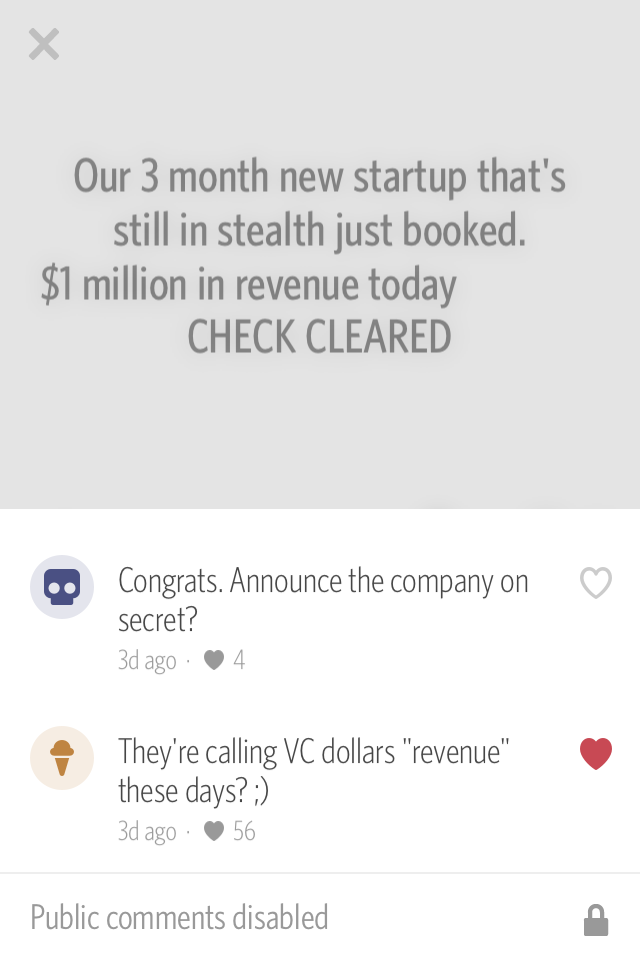 Going through the app, it's easy to recognize how monumental the implications these secrets may have on the parties mentioned. “I work at Evernote and we're about to get acquired,” wrote one Secret user (Evernote CEO Phil Libin later said that the claim was unfounded). “I work at Path. We're all miserable. Dave talks shit on everyone successful and thinks he's Steve Jobs…, ” wrote another. Whether true or false, such statements can have major repercussions for any companies or peoples involved.

But whether such claims on Secret are based in fact is a null point and does nothing in the grand scheme of things – proving any one true or false doesn't change the fact that the perceived reality of startup culture (one in which openness is valued, encouraged, and omnipresent) has already been tainted or even torn down by having that statement shared in the first place. Why obsess on the perceived value of a statement when a very real, immediate value can be gained?

Existing media coverage on Silicon Valley's “dirty secrets” has impelled involved discussions on the various issues that arise from the use of anonymous sharing apps like Secret – from the legitimacy of corporate dealings statements from Secret's innominate claimants to the inauthenticity of relationships in the age of social media. And while these topics are no less valid, they are insignificant talking points and add no real value to the overall startup conversation. The real value that arises from such activity on Secret by members of the tech industry is the recognition that Silicon Valley and the startup community, as a whole, are not isolated from the issues that plague their traditional or big corporation counterparts. 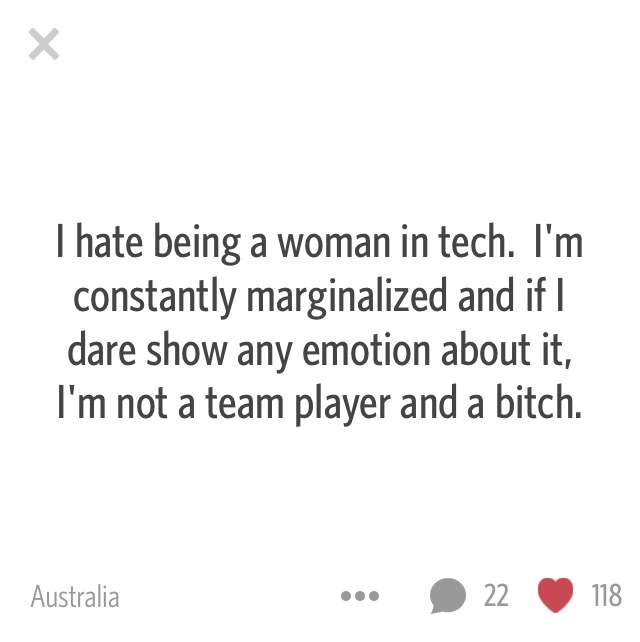 As members of the tech startup community, surely it's easy to criticize people on Secret for airing their dirty laundry or making unfounded claims; however, it's much more difficult to look at those statements and ask “Why are these things being said, and what can we do to ameliorate this apparent lack of openness for which our industry has become renown?” Fundamentally, startups can learn that there is still much to be done in terms of developing a culture that would allow for such issues raised on Secret to be discussed openly in person. More broadly, Secret can be used as a powerful medium for observing specific problems that affect individual startups or the tech industry as a unit (such as this issue of marginalization of women in tech), and develop solutions for fixing or preventing those issues. The recognition and even admission of a problem is much more valuable than criticism or denial.

Silicon Valley and startups are fully capable of turning problems into solutions – even if those problems are coming from within. Indeed, the assertion that Secret is a “platform that will bring more authenticity, self-awareness and empathy to the world” is reflective of the startup ethos – an ethos that's focused on actively encouraging its members to pursue their true passions. And unlike Sam Biddle's claim in ValleyWag that startup culture is one that “demands uniform positivity,” those within that community know that, rather, startup culture demands 1) absolute resiliency and 2) dynamic adaptability; I mean, there's a reason why we're endlessly iterating: we realize that experiences can never be perfect, but we'll sure as hell try to improve them. Certainly, these two traits together can be perceived as uniform positivity, but whether that's the reality is, again, pointless.