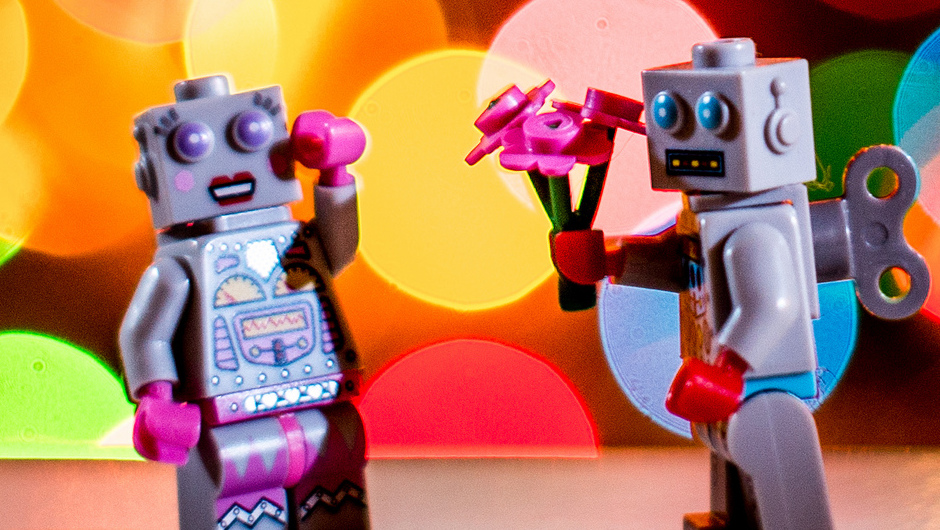 The recent presidential election made job creation a necessary policy point for viable candidates. With people around the country struggling with unemployment, scapegoats like China and big corporations became the focus of everyone from Donald Trump to Bernie Sanders. But it's hard to argue that automation isn't playing a big role in the lack of jobs plaguing some Americans. However, if you think automation is a problem that needs to be solved, you couldn't be more wrong.

For those of you that don't know, robots are taking your jobs. Every profession from steel factory worker to pizza delivery guy is being automated so that efficient, cost-effective robots can get the job done without getting in anyone's way. They're safer, faster, and typically less snarky about working overtime than their human counterparts, making them the perfect employees for businesses that don't need human intervention all that often. 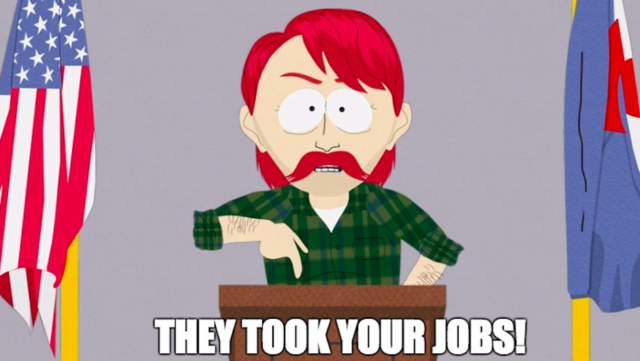 The problem arises when these menial jobs are taken away from hard working people. While many believe globalization to be the main source of job loss, automation is a far bigger threat to your typical service industry position. According to a paper written at MIT, globalization is having far less of a significant effect on job loss than automation. Particularly because globalization was a choice, but automation was inevitable.

“Some of it is globalization, but a lot of it is we require many fewer workers to do the same amount of work,” said David Autor of M.I.T. “Workers are basically supervisors of machines.”

However, the problem isn't automation. Technology is beginning to explode at an unprecedented rate, and the innovation sector needs this kind of advanced software to get stuff done. And to ask the steel industry, the farming industry, and yes, even the pizza industry, not to take advantage of these burgeoning technologies is not only unwise, it's downright counterproductive.

Automation has done wonders for the world of business, but it's also expanded the capacity for social good. Machine learning has made it possible for blind people to use computers and smartphones. Artificial intelligences has made self-driving cars a possibility, which could save millions of lives per year in traffic accidents and give disabled people a newfound independence in life. The benefits far outweigh any negatives that may arise from the advancements of automation.

Time to Get on the Bandwagon

The job loss problem, however, is a real one. Whether or not automation is transforming the technology landscape is irrelevant. Everyday people are losing their jobs, and they don't know what to do about it. The key to understanding this new employment environment is to follow an old saying: out with the old, in with the new.

Technology isn't going anywhere. In fact, automation efforts are only going to improve and you need to accept that. The best way to do that is by learning the skills necessary for computer programming. There are more than enough resources offering guidance, training, and education in this always-growing field. Coding bootcamps, immersive training programs, and computer programming degrees can all build your skill set to a point where you feel comfortable joining this new sector.

No, you're not too old, too set in your ways, or too dumb to learn computer programming. There are literally thousands of programs dedicated to teaching people that don't know what they're doing how to get a job in technology. And the investment is more than worth it, as this field is perpetually looking for new minds to join the fight.

The progress of technology is part of the world we live in. Yes, cars put horse-and-buggy drivers out of business, cell phones ruined the land line market, and flat screen TV manufacturers pretty much squashed the tube TV revolution. That’s the way the world works. Stop hoping for the progress of humanity to come to a halt because you love your job as a pizza delivery guy. Join the march forward. Because it's going to be an exciting ride.