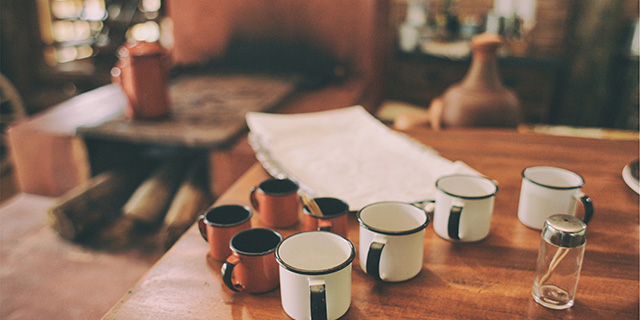 I like to equate the digital ad tech ecosystem to the island on Lost. You think you have it all figured out until a polar bear spontaneously rushes you from behind, adding another variable to an already complex equation. You adjust your thinking only to find out Ethan’s name isn’t on the damn flight manifest! Then you adjust again, only to find Rousseau has been living on the island for 16 years, and that’s only season one. It’s chaotic, unpredictable and frustrating—exactly like the digital ad tech industry.

At the very beginning, online advertising was primarily sent via email. With email ads we thought we figured out internet advertising, only to have them given a new, ugly name: spam. Being the creative people we are, we found a way around this by adjusting to display and web banner advertisements. We then thought, “Hey, we really have this whole online ad world figured out!” Enter bots. Enter ad fraud. Enter the need for targeted advertising. Enter the massive expansion of the internet.

So we readjust, and readjust, and readjust. Now it’s 2015 and the ad tech industry is in need of more readjustments than ever before. These shifts in the ad tech industry will be equally as game-changing as finding that hatch in the middle of the jungle at the end of season one, and will completely alter the dynamic of the online advertising story. 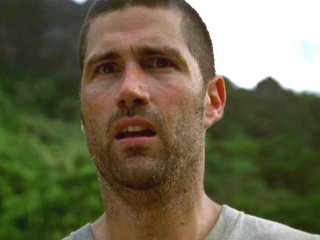 So what are the shifts in the ad tech industry? Let’s explore:

According to comScore, as much as 36% of online traffic is automated bot activity, yet, online marketing is continuing to increase as advertisers increase online ad budgets. According to Forrester, digital advertising buys will overtake TV in 2016, and reach $103 billion in 2019 to make up 36% of all ad spending. So while fraudulent traffic is increasing, so is online ad spending—essentially multiplying the risk of fraud. Not only that, but bots are finding new and more intelligent ways around anti-fraud technology.

Unlike humans, bots don’t discriminate, leaving any advertiser susceptible to fraudulent traffic. According to a report by the Financial Times, part of a Mercedes-Benz online ad campaign was viewed more often by bots than by human beings. Other big advertisers who have fell victim to ad fraud include L’Oréal, General Motors, and Verizon Communications. A study by White Ops and the Association of National Advertisers estimates that marketers will waste $6.3 billion on internet ads that aren’t delivered to humans.

So how do advertisers survive click-fraud? By combatting it, of course. By looking for a Jack Shephard or John Locke—basically anyone insightful enough to battle fraudulent traffic. Companies like eZanga have advanced click fraud technology in place to help advertisers and publishers combat fraudulent traffic. For years, eZanga has continuously evolved its defenses when presented with new dangers. Sounds a lot like the Lost squad doesn’t it?

Just like the island changed its inhabitants' outlook on life, programmatic technology is changing everyone’s perception of digital advertising. Everything advertisers knew about buying and selling ads has shifted dramatically since the rise of programmatic technology. It’s no longer effective for humans to buy and sell digital ads. Why? Because it’s expensive, unreliable, and many times ineffective. Programmatic is now the name of the game. It is an automated, auction-based technology that allows advertisers to reach engaged, relevant users across any vertical in real time. It can be effectively used to streamline the buying and selling of ads on multiple, fragmented platforms. According to eMarketer, US programmatic digital display ad spending grew 137.1% to eclipse $10 billion in 2014, accounting for 45% of the US digital display ad market. It doesn’t get much more lucrative than that.

Although the “king” on the island of Lost may be debatable, the reigning king of the internet it is indisputably content. This is particularly true for video, which is precisely why blending content and advertising is the next best thing for targeting consumers.

Many large players in the digital ecosystem don’t produce or deal with content; they sell reach instead. The problem with this is, when you sell reach, you don’t necessarily know exactly where ads are running. This presents major problems for advertisers who don’t know if their ads are being viewed by the right people, or if they’re actually being viewed by people at all. Ad fraud becomes a large problem, and so does brand safety, but when you marry content with advertising, both problems shrink significantly. By partnering with companies like Adaptive Media, a firm that syndicates premium content, advertisers know exactly where their ads are being placed. If Cars.com wants to run an ad, this can easily be set alongside content that is car-related—essentially blending ads with content. It’s brand safe, ad safe, and consumer-focused. Now tell me; what advertiser wouldn’t love that?

Beth Principi is currently the Director of Content at Emerging Insider Communications, where she spends her days writing content for groundbreaking players in the emerging media, technology and advertising sectors.